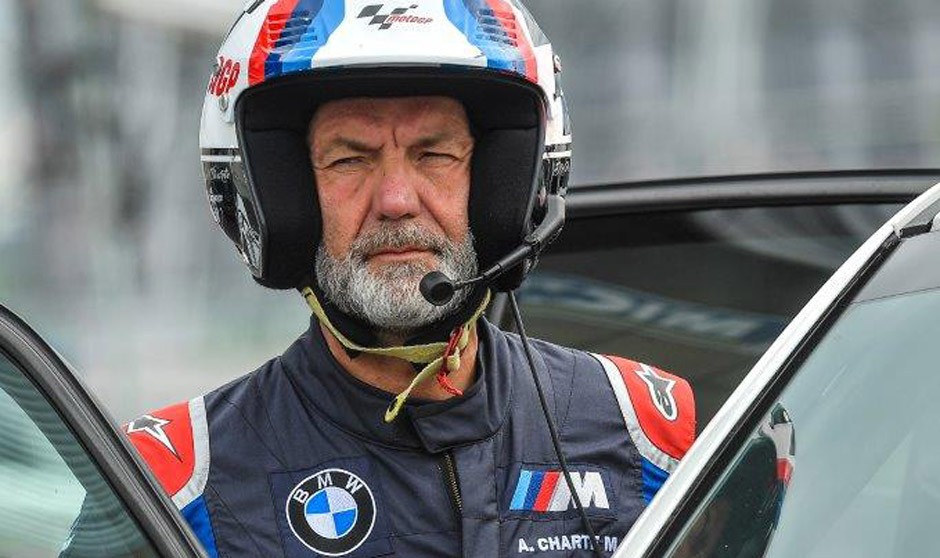 Ángel Charte, medical director of the MotoGP Quirónsalud Medical Service and head of the Internal Medicine Service of the Hospital Universitari D

Ángel Charte, medical director of the MotoGP Quirónsalud Medical Service and head of the Internal Medicine Service of the Hospital Universitari Dexeus (Barcelona).

This weekend marks the third date of the motogp calendar, which will take place in the Termas de Río Hondo circuit, in Argentina. A race that is marked by the absence of the pilot Marc Márquez, who suffered a hard fall in the warm-up of the previous Grand Prix, that of Indonesia, and will not be able to join the competition. “Márquez has suffered polytrauma and head trauma with unstable consciousness,” he explained then Angel Charter, medical director of the Quirónsalud MotoGP Medical Service and head of the Internal Medicine Service of the Hospital Universitari Dexeus (Barcelona), who already considered him “unfit” to compete in the second race of the Motorcycle World Championship. And it is to preserve the physical and mental health of young pilots it is a priority for the medical services that accompany the runners during their sports career.

“Each beginning of the year is motivating”, he transfers to Medical Writing the doctor, who after two years of covid-19 pandemic faces this new season “with great enthusiasm to be able to live the races normally again”. From a medical point of view, he adds, they have been launched, “apart from the current protocols for Covid-19, which we hope can be relaxed; new protocols for medical action, both clinically and for rehabilitation.”

Charte had the opportunity to be medical director of the MotoGP Quirónsalud Medical Service in 2012, “as a result of the fatal accident in Marco Simoncelli“. It was then, after the tragic death of the pilot, when Dorna decided to establish a team of immediate medical intervention on track for severe polytraumatic injuries. “Dorna gets in touch with us and we begin to set up the team and the entire medical structure,” explains the specialist, who has always been a fan of motor sport, also practicing it in his private life.

His job as MotoGP Medical Director consists of coordinating the medical services of each circuit to which the teams and riders travel. In each of them there is a person in charge with whom Charte collaborates “in the management of the control points and track paramedics”. On the other hand, the fundamental function of it is “the iImmediate intervention for severe polytrauma pilotsapart from medical check-ups for all categories prior to the start of the season”.

Medical protocol after a fall in MotoGP

The rapid action of the medical services is key in the event of a pilot’s fall, which is why protocols are established, which will depend on the type of accident it is, as Charte explains. “If it is a serious accident, the red flag protocol is launched, marked by Race Control, and the protocol for the start of the two cars, Omega 1 and Omega 2, is applied, which are the two cars for immediate intervention and intensive care in severe polycritical pilot”. These two cars are located in strategic areas of the track.

“Once we reach the section where the accident happened, the Omegas start up the polytrauma patient protocol, which is not about giving a diagnosis but about providing the maximum pilot life guaranteesThis protocol, “is based on an exploration of the pilot, as well as the release of the airway and its hemodynamic stabilization, as well as the review of possible injuries that he may have”, explains Charte.

“Omega 0 would be me and I arrive a few seconds later at the scene of the incident. We coordinate the entire application of the protocol and proceed with the transfer, which can be by air or land, depending on the pathology and severity of the pilot, the medical Center or from the reference hospital of the circuit”, he details.


Medical assistance to the pilots in the circuits

In recent years, much has been said about circuit safety, as well as evolution of healthcare for pilots after an accident. “Current safety in MotoGP is of a very high level. Not only technically, but medically,” says Charte. “Currently, apart from having the two immediate intervention units, we are carrying out a Preventive Medicine as well as Family Medicine and mental health”adds the specialist, and it is that they are very young athletes who are subjected to a lot of pressure.

Pressure that fans also transfer to health professionals who seek the recovery of the pilots. “We try not to have it in that sense, we have the tension of our profession,” argues the doctor, who does admit that “there are a number of pilots with more media coverage and that means we are more exposed.” In any case, he insists, his mission is solely and exclusively on the circuit, since “when pilots who get injured go to referral doctors and then they inform us of these injuries and how they are going to proceed regarding the intervention, rehabilitation, etc. ”

His relationship with the riders, he says, is “professional”, but the close contact that the motorcycling world championship requires means that more personal ties are also born. “By traveling so many days together, it becomes a closer and tighter relationship,” admits Charte, who notes that, for the pilot, “it is very important to have a medical reference person throughout the weekend of races, they are very grateful to have someone looking out for them and whom they can call or look for at any time, even outside the circuits”. “We ended up being like a big family”, he illustrates.

As Charte has pointed out, in addition to treating physical injuries, medical teams have to worry about the spilot mental avalanche, mostly very young and under a lot of pressure. “Pilots have fears and concerns like everyone else. They have learned and continue to learn to manage and control these issues,” explains Charte. “We spend a lot of time with them and obviously we are always giving them support when they need it, because they spend a lot of time away from home and away from their loved ones, in that we work like a big family,” reinforces the specialist, who has faced situations hard after dealing with the fall of many pilots.

“I have had many during these 10 years, the truth is, the saddest thing we have had has been the pilots who have died… They are very complex and difficult situations,” acknowledges the doctor. “My mission is to keep the pilot alive from the injury on the track to the hospital of reference where we take it, we fulfill that to the letter. From there, there are times when injuries are not compatible with life, “he regrets.

Taking into account the seriousness of the injuries and the urgency of the drivers to compete again, it is worth asking if the World Cup players are good patients and follow the guidelines set by the medical service. In this sense, Charte affirms that “they are motor professionals and they know that they must be very strict with medical recommendations. They are very responsible people”.

Also, like the ‘big family’ that makes up the paddock, the drivers trust the medical teams and know that the professionals do “the best for their health”: “They know that they cannot skip the medical regulations and they assume it. We always watch over them and they know how far they can go, they are good people.”


How has the covid pandemic affected the Moto GP World Championship?

Recent seasons have been marked by the Covid-19 pandemic, for which different health protocols have had to be established to which the ‘great family’ of the Moto GP World Championship has had to adapt. “At the moment internally we maintain the same protocol as two years ago, obviously updated. It is also true that we depend on the guidelines set by each country and its governments from the health point of view“, Explains Charte. “The idea is to lower the measures following what the states mark and little by little return to normality,” adds the specialist.

“When I’m not at the races I’m in the hospital, and vice versa, non stop”

In addition to his work in MotoGP, Ángel Charte is Head of Service Internal Medicine at Dexeus University Hospital, of the Quirónsalud Group. “Compatibility is complex but the Quirónsalud group is very involved in the MotoGP world championship in many aspects, it is an extension of the hospital within the world championship in terms of Internal Medicine and Intensive Medicine”, explains the specialist, who details that the Service is hierarchical , with deputies, clinical heads and section heads.

“When I’m not at the races I’m in the hospital, and vice versa, non stop,” he admits to Medical Writingto Charte, who will accompany the riders tomorrow and watch over their health, like every race weekend.

Although it may contain statements, data or notes from health institutions or professionals, the information contained in Medical Writing is edited and prepared by journalists. We recommend the reader that any questions related to health be consulted with a health professional.

The Iveco S-Ways of the Repsol Honda MotoGP team will travel more than 15,000 kilometers between the thirteen European Grand Prix
What you have to know
Quartararo is the champion | Sports | America Edition
MOTOGP 619