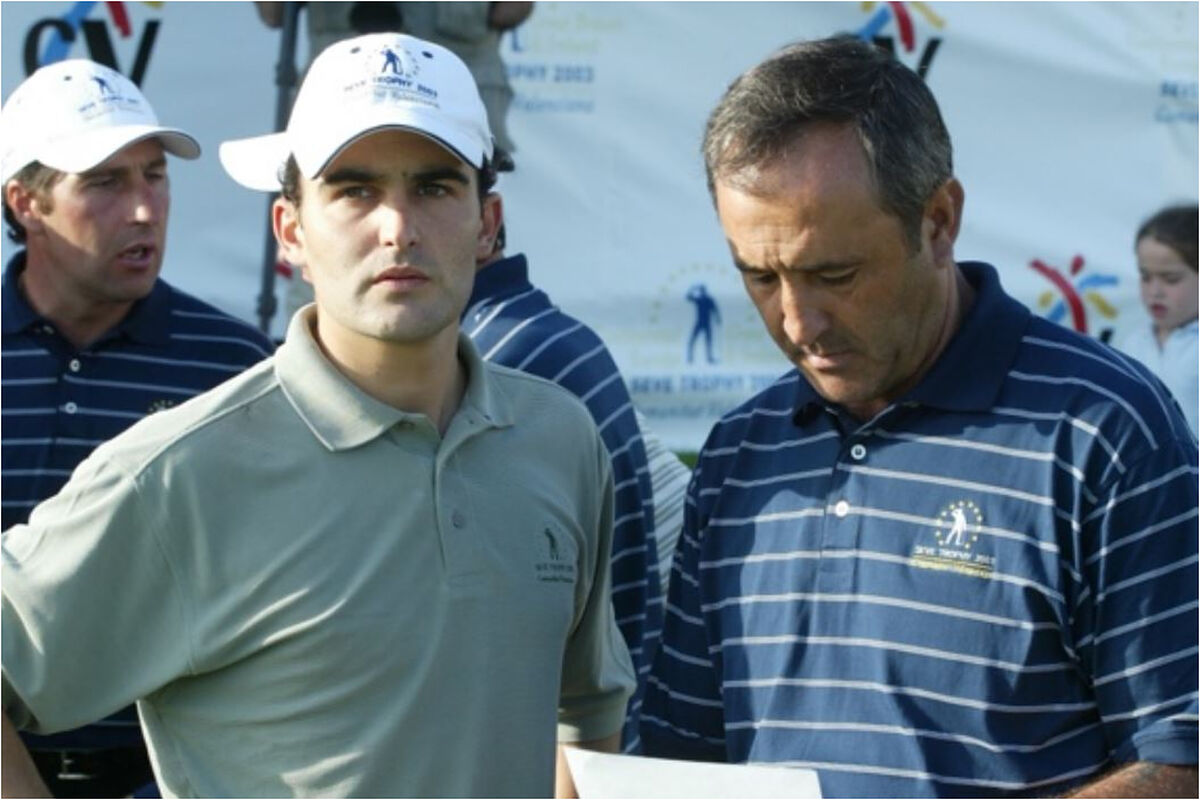 I have worked for and with Seve Ballesteros in different areas of the golf industry. I have participated in the management and direction of profes

I have worked for and with Seve Ballesteros in different areas of the golf industry. I have participated in the management and direction of professional golf tournaments (most of them on the European Tour) in Spain, Portugal, Ireland, England, France, China, Thailand and Brunei. My participation in the Ballesteros group of companies, as well as my role as Founding Trustee and Executive Vice President of the Seve Ballesteros Foundation, ended in February 2013. Let me also add that I was a person of Seve’s maximum trust, and for many reasons and experiences with him, I feel compelled to express my opinion on something that I understand to be unfair, not now but over the last decade, for whom he has probably been one of the greatest assets in the history of European golf.

Last September 6, the European Tour and Hero MotorCorp presented what they call a new event that actually replicates the Seve Trophy presented in 2000 in Sunningdale by Seve Ballesteros and the Spanish company Media Pro. An event that we launched and directed until its last edition in 2013. It is very surprising to read Mr. Kinnings, Director of the European Ryder Cup and Deputy General Manager and Commercial Director of DP World Tour, htalk about “innovation through a new event that is an evolution of our proud tradition of team match play tournaments”. Mr. Kinnings may have forgotten the many conversations we had over many years when he was Colin Montgomery’s manager and Montgomery participated not only in the Seve Trophy as captain of Great Britain and Ireland, but also in the Royal Trophy (Europe vs. Asia). ). Both events that I mention here were really innovative, and an evolution of the game.

I had the privilege of being part, from the beginning, of all the internal meetings we had regarding the Seve Trophy, including the first meeting with Mr. Kenneth Schofield in 1999 to the last document signed by Seve, the European Tour and myself. (in those days representing Amen Corner – Seve’s tournament promotion company) for which the European Tour acquired the Seve Trophy and the responsibility and commitment to manage and develop the event, back in 2008. The reality is that since 2013, the Seve Trophy disappeared. The Arnold Palmer Bay Hill Invitational has been removed from the PGA TOUR schedule. The European Tour not only decided not to give continuity to the Seve Trophy, as I think it should have done, but also went further by going against another golf event that was promoted by the private company Entertainment Group Asia under the leadership of Seve Ballesteros. : the Royal Trophy. An event that arose from conversations in 2001 between Seve and businessman Lincoln Venancio, for which Europe will face a team of Asian players. After a lot of work, investment and a lot of effort, the event started in Thailand in 2006 and celebrated 8 editions until 2014.

The European Tour promoted the Royal Trophy in the first editions and after seeing the event grow rapidly – along with Asian Tour support and a few other people who currently seem to be surprised by the European Tour’s decision on the Hero Cup – decided to introduce another copy called the EuroAsia Cup, in which the players who they had played the Royal Trophy with Seve, they would participate in the “new event”. After several years, the European Tour not only helped bring the Royal Trophy to an end, but also stopped organizing its own EuroAsia Cup. Mr. George O’Grady can remember all the details. The current director of the European Ryder Cup and deputy general manager and commercial director of the DP World Tour may have forgotten what I’m explaining here, or he may think that gracing one of his main meeting rooms at his Wentworth headquarters is what he is after. deserves a figure like Seve Ballesteros.

I have not seen a single golfer in Europe or a professional within the golf industry who has stepped up to defend Seve. and his legacy in neither of the two events I mention in this article. No wonder LIV GOLF has arrived. Perhaps LIV GOLF is a consequence of the probably bad, greedy and abusive management of some international golf organizations. Perhaps LIV GOLF will come to offer the same medicine that the European Tour has used.

Greg Norman has come up with a new golf concept that has shaken the sport. I remember in the 90s the conversations that Seve had with my father Baldomero and Joe Collet (who worked for Seve in the 90s) about a new world tour that they were discussing with Greg Norman among other players, which at that time could not be developed. LIV GOLF, like the format or not; it is innovative, fresh, new, and most importantly, it has the financial muscle to compete with those who have been out there without competition for many years.

“The facts remain, even if we choose to ignore them” – Mark Twain.

Tags: sports Center, Golf
Masters of Augusta, the tournament of idols and legends of golf
Dustin Johnson kicks off Chicago’s LIV Golf with a recital
The Guadalhorce Golf Club hosts the City of Malaga Golf Trophy in October
GOLF 1505