Inter come back in Sassuolo – Football 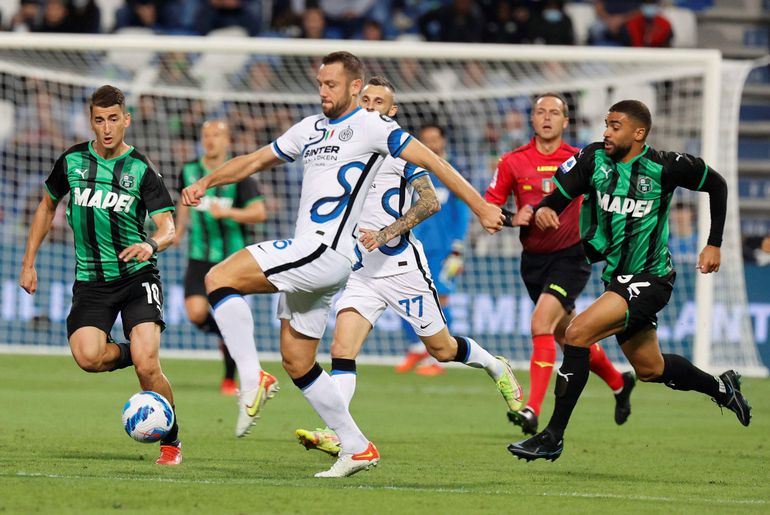 ROME. Inter Milan (2nd) beat Sassuolo (13th) 2-1 this Saturday in a match corresponding to the 7th round of Italian Serie A and Juventus (8th) clo

ROME. Inter Milan (2nd) beat Sassuolo (13th) 2-1 this Saturday in a match corresponding to the 7th round of Italian Serie A and Juventus (8th) closed an impeccable week by taking the Turin derby against the Torino (11th).

The ‘nerazzurri’ had to turn the scoreboard with goals from Edin Dzeko (58) and Argentine Lautaro Martínez (78) from a penalty. Sassuolo had gone ahead in the first half with another penalty target marked by Domenico Berardi (22).

Dzeko, who had just entered the field, scored with a header at the far post after a cross from the left by Ivan Perisic.

Subsequently, the Bosnian caused the penalty converted by Martínez, after he was knocked down by goalkeeper Andrea Consigli.

Simone Inzaghi’s team thus broke a small losing streak of two consecutive draws, against Atalanta (2-2) and against Shakhtar Donetsk in the Champions League (0-0).

While in the domestic championship they carburate, the Lombards find it difficult to perform in the maximum continental competition. They are currently third in their D bracket, after the draw in Ukraine and losing 1-0 at home to Real Madrid.

This Saturday’s victory puts Inter in second place in Serie A provisionally, awaiting what AC Milan (3rd) does on Sunday when they visit Atalanta (7th).

The reigning Italian champions have 17 points, one less than the leader Naples, who will go to the Fiorentina pitch on Sunday (5th).

Four in a row for Juventus

Juventus midfielder Manuel Locatelli, with a tight shot from the edge of the area, decided the fate of the Turin derby for ‘Vecchia Signora’ (86).

After bending Sampdoria (15th, 3-2) on Sunday and signing a prestigious victory in the ‘Champions’ against the reigning champions Chelsea (1-0) on Wednesday, ‘Juve’ added this Saturday the third victory of the week, the fourth in a row if you count the one achieved on September 22 against La Spezia (18th, 3-2).

With this victory, Massimiliano Allegri’s men are eighth with 11 points and continue to climb positions in the standings after a poor start to the championship.

Lazio (6th) and Atalanta (7th) have the same score and with one more unit Fiorentina and AS Roma (4th) appear, all of them with one less game.

In addition to Juventus and Inter, this Saturday the newly promoted Salernitana also took the three points, in what was her first victory of the course.

The southern team beat Genoa by the minimum and marched 19th with 4 points, one of the salvation currently marked by Unione Venezia (17th).

The Venetian formation opened the day on Friday with a 1-1 draw in their visit to bottom Cagliari.

The day will conclude on Sunday with the remaining six games.

Soccer: Seeing our favorite team triumph with effects as strong as a drug
Barcelona smiles; Betis and Sevilla don’t trust each other
Barcelona would be interested in signing two Manchester City players
FOOTBALL 2316

Loading...
Newer Post
MotoGP | Mir: “It will be a very long race and to manage tires”
Older Post
VIDEO: An MMA fighter chains his thirteenth consecutive defeat (and the Network feels sorry for him)