Inter rescues the victory in discount against Lecce – International Football 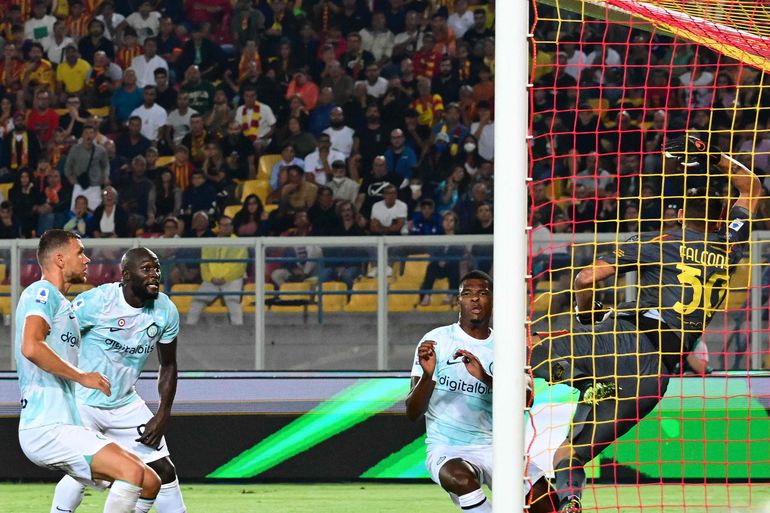 Inter came out convinced of their game, willing to risk absolutely nothing against a clearly inferior rival, recently promoted, but who at home cou

Inter came out convinced of their game, willing to risk absolutely nothing against a clearly inferior rival, recently promoted, but who at home could withstand the onslaught. However, a measured center by Dimarco at the head of Darmian, free of a mark, served to dismantle the defense and ‘Big Rom’ placidly finished off the goal to make it 0-1.

Ninety seconds were enough for Lukaku to continue with the scoring idyll he maintains with the Inter Milan shirt. That same idyll that was broken last season at Chelsea and that this year the interista team wants to recover to raise the ‘Scudetto’ again.

The party was controlled from the beginning by the pupils of the Italian Simone Inzaghi. The Croatian Brozovic, the Italian Barella and the Turkish Calanhoglu dominated midfield, while the Italian Dimarco and the German Gosens roamed freely in both lanes, being deep and taking dangerous crosses into the area for the Argentine Lautaro Martínez and Lukaku.

But the second half started with a setback for the ‘nerazzurri’. The Gambian Asaan Ceesay, after a great uncheck in depth, picked up the assistance of his Italian teammate Federico Di Francesco to beat the Slovenian Samir Handanovic with a cross shot and put the equalizer on the scoreboard.

Inter, like their neighbors in Milan, began the campaign against the ropes. The difference is that Inzaghi’s men did it far from home, with an audience that carried their own on the wing for a few minutes in which Lecce was much superior, but in which they did not have the necessary success to take advantage of that superiority . And, as almost always happens in football, they ended up paying for it.

The visitors managed to withstand the onslaught of the newly promoted, but little by little they were taking the game to their ground. He burned the Inzaghi ships and brought in the Bosnian Dzeko and Dumfries to charge the attack, but the goal resisted. The minutes passed and nervousness took hold of the ‘Nerazzurri’, who saw how the post repelled a header from Dumfries himself.

Lautaro Martinez, Dzeko and Lukaku, also accompanied in the final stages by the Argentine Joaquín Correa, ran into Lecce’s goalkeeper, the Italian Falcone, a wall in the second act that disrupted any dangerous action by Inter and made Inzaghi desperate , who did not give credit from the bench before the occasions that went to limbo.

Inter’s insistence was rewarded, and Lecce’s good defensive work took too much punishment. On the last play, when everything was heading for a draw, it was Dumfries’s goal, who beat his mark from a corner to seal the first victory of the season.

Incidents: match corresponding to the first day of Serie A played at the Via del Mare stadium before nearly 40,000 spectators.

UEFA assures that it has no intention of removing the Champions League final from Russia
The football visions of UEFA and Super League, face to face in EU court | Sports | America Edition
The day Andrea Pirlo wasted quality in Aguascalientes vs. Necaxa
FOOTBALL 3738