International Football “The Super League is the end of football” 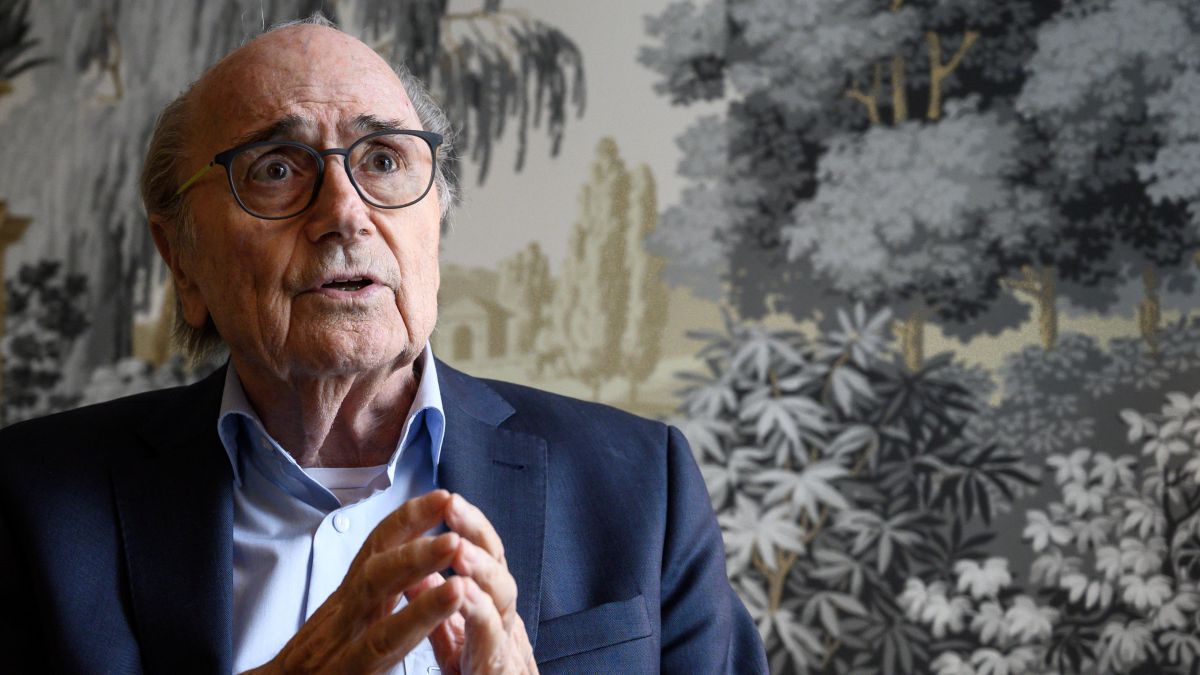 Sepp Blatter was FIFA president from 1998 to 2015.. The former head of world football grants an interview to Europe 1 from Zurich, headquarters o

International Football “The Super League is the end of football”

Sepp Blatter was FIFA president from 1998 to 2015.. The former head of world football grants an interview to Europe 1 from Zurich, headquarters of FIFA. He speaks shamelessly about the controversies that have surrounded him during these years (World Cup in Qatar). He doesn’t leave any topic untouched and doesn’t bite his tongue: “Infantino is not a good FIFA president.” “The Super League is the end of football.”

Today’s football: “Last year I was struck by the enormous sums that were paid. The money that is available, the contracts that are made to new players… For example, Messi’s move to PSG. One wonders if this is still normal. But You can’t control the fundamental economic principle of supply and demand.”

Violence and racism in stadiums: “It’s not just racism, there is violence that has re-entered the stadiums. We make very strong decisions but we don’t apply them. It is useless to close the stadium for one or two games, or to impose money fines. The only solution is to remove points But you have to remove nine points, not two points. At least six or nine points, or eliminate directly. Controlling the football is of the utmost importance.”

Infantine: “He is not doing his job well. When he became president of FIFA through incomprehensible meanders, he fired 80 people, including 30 directors. He wants to leave Zurich (Infantino moved to Qatar). But for Zurich it is the headquarters of FIFA. The headquarters has been in Zurich since 1932. I have organized four or five World Cups in different countries, I would never have thought of living in the country or in the capital of the host country of the World Cup. The place of the FIFA president is where the headquarters are and He is in Zurich. It is from there that he should run FIFA, not from somewhere else. I cannot say that it is scandalous. But I can say that it is incomprehensible that he is going to settle there with his family. He is not a good FIFA president , I have to say it”.

“Infantino is not a good FIFA president”

Qatar World Cup: “Michel Platini tells me that he was invited to a meal at the Elysee and that he met with President Nicolas Sarkozy and the Emir of Qatar. They kindly asked him if he could support Qatar. Then came the vote. After the first vote, We should have announced the result immediately. The result of the second could have changed. The result of the first vote was Russia. And if Russia had won the candidacy of England and especially that of Spain and Portugal, they would not have voted for Qatar. But they did not. We’ll know. I regretted it when I announced it. Then we realized it wouldn’t be easy. We can’t play in Qatar because of the weather and because the country is too small. The 32-team World Cup is difficult in a small country. I had the impression That was a bad decision.”

“The World Cup every two years is stupid. Bad for football”

Super League: “If that happens, it would be the end of football. We must avoid sacrificing the football that is played in the minor leagues in the clubs. Closed leagues are the American model. And my favorite club, Real Madrid, is there. I think all of that It’s wrong. Because football is promotion and relegation. It’s important, because you don’t lose hope of winning. In a closed league you don’t lose anything even if you lose everything. A closed league, no”.

Golden Ball: “The France Football Ballon d’Or is no longer the FIFA Ballon d’Or. FIFA handed over the Ballon d’Or too easily. We had made a contract to hand over the ball in Zurich, at FIFA. Together they had another international resonance. But Infantino, when he arrived, wanted to do it in London. So it was over right away… We could have given Messi a consolation prize. Benzema would have deserved the Ballon d’Or.”

Seville maintains persecution in Spanish soccer League
Naples for assuming leadership in the Italian Soccer League
After the debacle of 2014, Brazilian football was opened up to foreign coaches and the fans ask for them… Argentines
FOOTBALL 2317