Is Keylor Navas the best goalkeeper in the history of Costa Rican soccer? 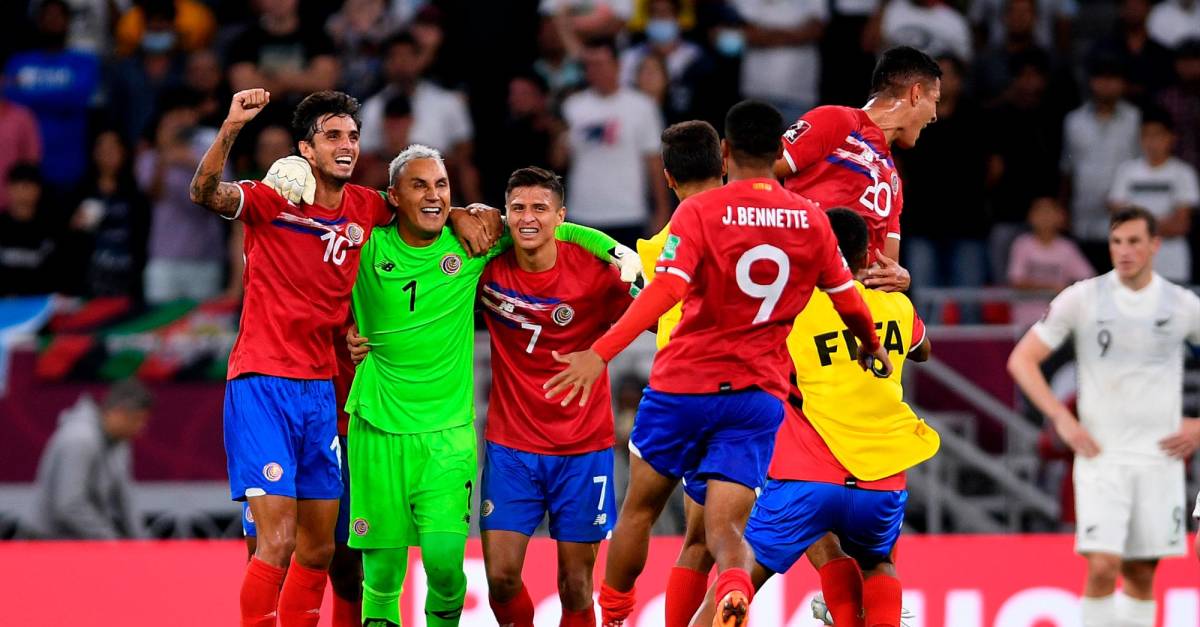 Keylor Navas was happy after the playoff match against New Zealand ended. He ran down the field and hugged his teammates and Colombian coach Lui

Keylor Navas was happy after the playoff match against New Zealand ended. He ran down the field and hugged his teammates and Colombian coach Luis Fernando Suárez. His emotion had a profound reason for being: he managed to qualify for his third consecutive World Cup.

For this reason, many people wonder if Navas is the best goalkeeper in the history of Costa Rican soccer, and the answer is, perhaps, a resounding yes if you take into account the Champions League titles he won with Real Madrid and the highlights appearances he has had for France’s Paris Saint Germain.

Keylor is 35 years old. He is an experienced archer. He debuted in 2005 with Deportivo Saprissa, one of the most important teams in Tico soccer. That same year he was champion of the Concacaf Champions Cup and participated in the Club World Cup, in which he finished third.

He was in that club until 2010, when Albacete, from the second division of Spain, bought him. In that team he played 38 of the 42 games that were played that season. The jump to Europe was not easy. The box that defended the “Tico” fell in category.

Navas was loaned to Levante in 2011. At that time the Valencian team was in the first division. That year he was a substitute in the league and a starter in the Copa del Rey. Thanks to his good performance in the last game of that season against Athletic Club de Bilbao, the Tico team managed to qualify for a Europa League preliminary phase for the first time in their history.

In the 2012 season, with the Costa Rican as a substitute, Levante passed the group stage of the European tournament and was eliminated in the round of 32, when they lost against Rubin Kazan of Russia.

In 2013 it began to shine. After the departure of Uruguayan goalkeeper Gustavo Munúa, Keylor took over his team’s goal. The season he signed was so good that he won the Zamora Trophy, which is awarded to the best goalkeeper in the Spanish league.

The level he showed was enough so that, in the summer of 2014, after having played a historic role with his national team in the World Cup in Brazil, where he reached the quarterfinals and lost on penalties against the Netherlands, the goalkeeper was signed by Real Madrid.

And there he began to stand out at European level: he won the European Super Cup and the Club World Cup in his first months as a merengue player. In the following season he became the second-longest goalkeeper without conceding a goal in Champions League history, with 738 minutes.

Between 2016 and 2018 he was champion of the Champions League, becoming the only contemporary goalkeeper to win three consecutive titles in this competition. In those years he also won the Club World Cup and in 2017 the Spanish League.

In September 2019 and after having a season in which he alternated the bow with the Belgian Thibaut Courtois, he decided to go to Paris Saint Germain, a club with which he reached the 2020 Champions League final and has won 2 French leagues, 2 cups of France and a national supercup.

All these figures, added to the qualification for the World Cup in Qatar, which will be played between the months of November and December, allow us to say that Keylor Navas is the best goalkeeper in the history of Costa Rican football.

Loading...
Newer Post
Blind boxer steps into the ring; he dreams of organizing a big blind class
Older Post
Michael Jordan, a moment for history: from the NBA to the MLB