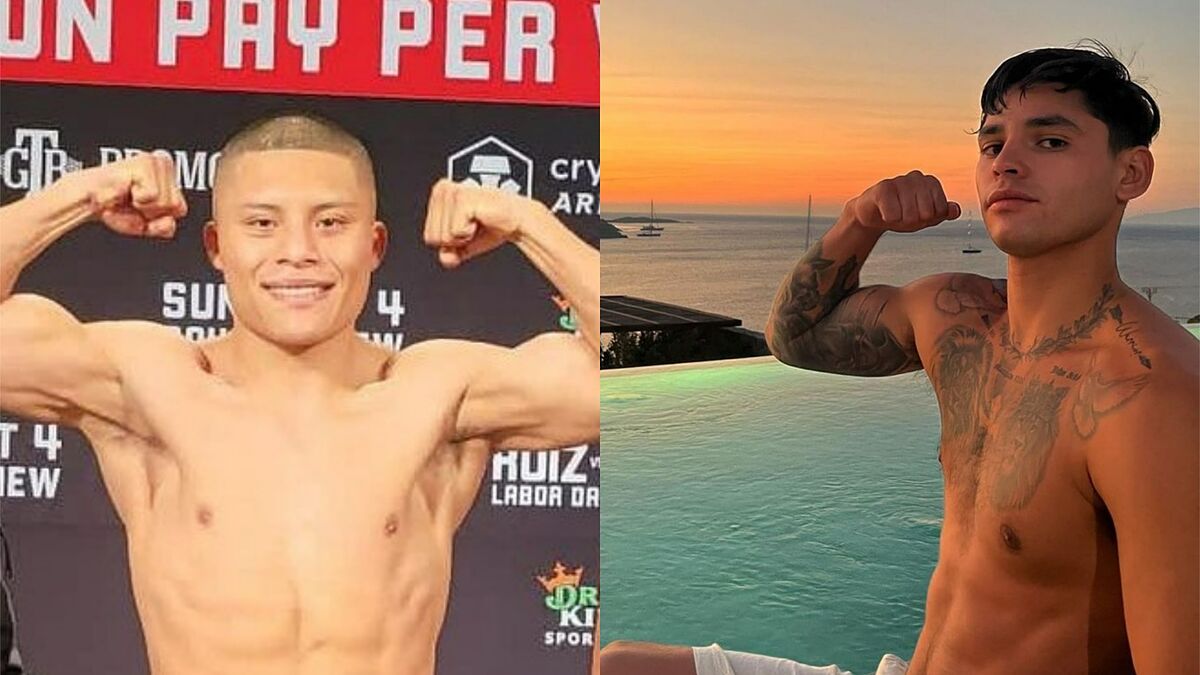 Ryan Garcia repeatedly challenged Isaac "Pitbull" Cruz, there was talk of a millionaire offer to the Mexican fighter and the fight seemed to enter

Ryan Garcia repeatedly challenged Isaac “Pitbull” Cruz, there was talk of a millionaire offer to the Mexican fighter and the fight seemed to enter into negotiations, but in the end each boxer took different paths. Both have had two fights this year, but nothing was agreed between them, even the American has already gone up to super lightweight and Pitbull knocks out in the lightweight and does not plan to move from there, for the moment.

For the former Mexican world champion Juan Manuel MarquezRyan’s decision to move up to 140 pounds is down to one thing: He wants to avoid Pitbull, who has a boxing style that would hurt the KingRy.

“He has to move and that for me I think is showing that he doesn’t want to face the pit bull cross. Somehow they say ‘fear doesn’t ride a donkey’. I think that somehow the style that can hurt Ryan Garcia It’s that one, the one with the Pitbull,” said the Mexican world champion in four divisions.

He has the flair to hurt Ryan.

If at any time they come to face each other in the ring, because of the style that the Mexican has, very complicated and with many bombardments, it would be lethal for Ryan García, because what he does isaac cross on the ring is often indecipherable and that could harm the American.

“The battle-hardened style, the indecipherable style, he doesn’t have a style that you can decipher, he doesn’t know where a blow comes from, a hook, everything can hurt. So he has the perfect style that Ryan Garcia doesn’t like, the one with to get involved, to fight, to go looking for him, for me personally it is the style that can hurt Ryan Garcia” he commented.

Tags: boxing, Ryan Garcia - USA Latino
When and against whom was your only loss as a professional boxer?
Boxing: Fury, Wilder, Usyk, Joshua, Ruiz, Parker… the courage of the new heavyweights
Floyd Mayweather and the bond that unites him to Mexico; he has a mexican grandfather
BOXING 4231