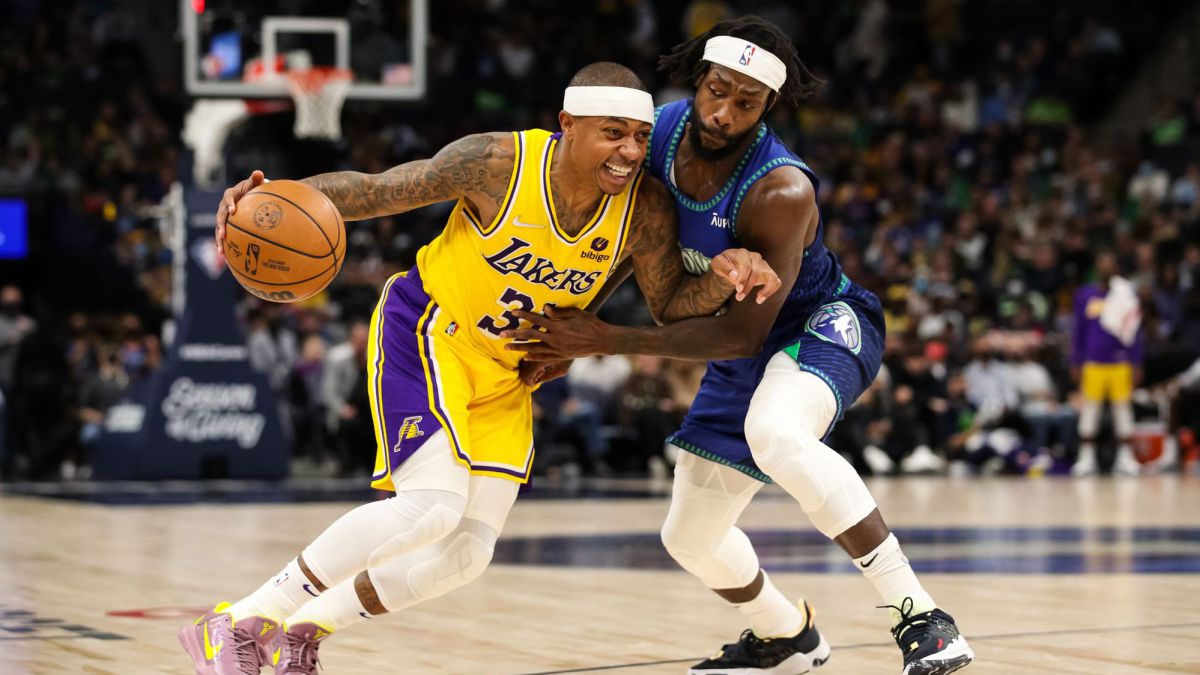 Isaiah Thomas is a free agent again. His return to the NBA has been short-lived after the Lakers decided not to renew the 10-day contract with wh

Isaiah Thomas is a free agent again. His return to the NBA has been short-lived after the Lakers decided not to renew the 10-day contract with which they recovered the base, mired in a spiral of injuries and bouts of bad luck since he became a hero for the Celtics who then entered a spiral of misfortunes that have prevented him from being the same again. Far behind are 28.9 points per game from 2016-17, a season in which he developed a brutal connection with the green team, which he led to the Eastern Conference finals. His 53 points against the Wizards in the second game of the semifinals They entered the greatest displays in the history of the Celtics in the playoffs, but could only play two games against the Cavaliers before getting injured.

Danny Ainge, then General Manager in Boston, traded him to the Cavaliers in exchange for Kyrie Irving considering his hip problems were unsolvable. The move, in the long run, was catastrophic for the Celtics and lousy for Thomas., which has since gone through six teams. Last season he made three games for the Pelicans, the last of them on April 12. After this, he concatenated months of drought and the occasional exhibition in the G League before returning to the Lakers, with whom he has played four games. But nevertheless, the need of the Angelenos to get more regular players and a better defensive cut (there they now have Stanley Johnson) has put the point guard out of the game once again.

Thomas started by scoring 19 points in his debut with the Lakers, but from there he did not raise his head again. At 32, he has averaged 9.3 points in his four games with the Lakers uniform.But he has only had a combined 5 points in his last two games. In the games against Spurs and Suns, he went, if we add the two crashes, to 2 of 16 in shots from the field and 0 of 9 in triples, really bad shooting figures. In the four crashes in which he has participated, he has remained at 30.8% in shots from the field and just 22.8% in triples. And the Lakers haven’t won any of those games. The last victory in which Thomas participated was precisely with the Pelicans, in his last game with this shirt.

The Lakers have incorporated Darren Collison and Stanley Johnson with 10-day contracts that serve to complete the squad and alleviate the numerous casualties that the team has, many of them coming from the health and safety protocols of the coronavirus. The Angelenos do not raise their heads, although they remain in seventh place in the Western Conference with a 16-18 record. Thanks, in large part, to the constant disaster in which all the teams are mired, in a season in which almost no one is well apart from the Warriors, Suns (on another level) and Jazz. Isaiah, for his part, will wait for another opportunity to find a spot in a rotation. while trying to put his head back into an NBA that not long ago was exhausted at his feet. A sad story for a very charismatic player who continues to suffer from that other side of the sport. A very bad.

Loading...
Newer Post
Ignacio “Jaula” Bahamondes is a candidate for the UFC knockout of the year – More Sports
Older Post
the wave of COVID-19 almost caused the suspension of three games