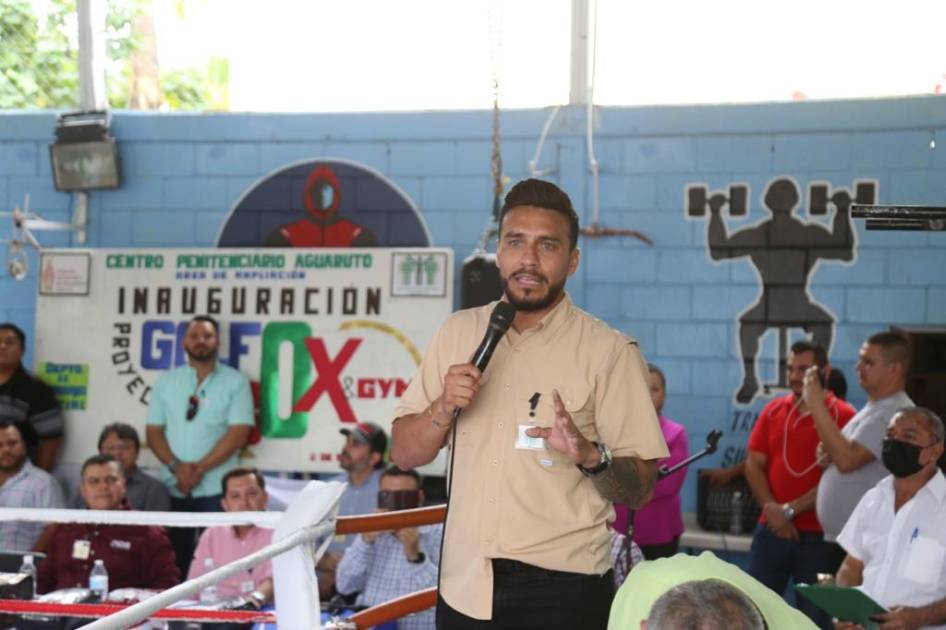 CULIACÁN._ In order to assist in the process of social reintegration of the Persons Deprived of Liberty of the Aguaruto Penitentiary Center, by p

CULIACÁN._ In order to assist in the process of social reintegration of the Persons Deprived of Liberty of the Aguaruto Penitentiary Center, by promoting the culture of sports, authorities inaugurated a boxing ring in the vicinity of the men’s module.

The project, which includes a boxing ring and equipment for physical training, is called Golfo-Box (for the acronym Organized, Loyal, Strong and Optimistic Group), it will address the concerns related to the sport of the PPL.

Julio César Cascajares Ramírez, director of the Sinaloa Institute of Physical Culture and Sports (Isde), made the donation of gloves, masks, mittens, balls and other sports instruments, in turn expressed that the Governor of the State, Rubén Rocha Moya, has reiterated its support for the benefit of social reintegration.

For his part, the director of the prison, José Román Ruiz Guevara, said that the gym and the boxing ring will help greatly for the reintegration of people; In addition, it is an effort between authorities for the benefit of those who have concerns about sports, whom he invited to join the project and practice the sport of their choice.

After the ribbon cutting and the message from the authorities, the person in charge of opening the ring was José Santos Rodríguez Delgado, director of Prevention and Social Reintegration of the State, who rang the bell and thanked those present for taking an interest in promoting the sport.

During the event there was a boxing demonstration by Persons Deprived of Liberty who were assisted by professional boxers Jesús Aispuro, Jesús López and Martín Ceyca, who during the exhibition motivated the contestants to give their best.

In the next few days, a boxing course will be implemented where those interested will have a specialized instructor who will teach them the basics of the sport and the technique of good boxing.

The director of the Specialized Body in the Execution of Measures for Adolescents, Pablo Manjarrez Gil, and the president of the Sinaloa Sports Promotion Board, David Eduardo Vargas Rodríguez, among others, also participated in the event.

Tags: Jose Roman Ruiz Guevara
Boxing: Manny Robles assures that Andy Ruiz lost the floor: “He got carried away by the party and fame”
World Boxing Council prepares tribute for coach Ignacio Beristain
Tilsa Lozano is getting ready for her wedding with boxer Jackson Mora: I want to be skinny, video
BOXING 4227