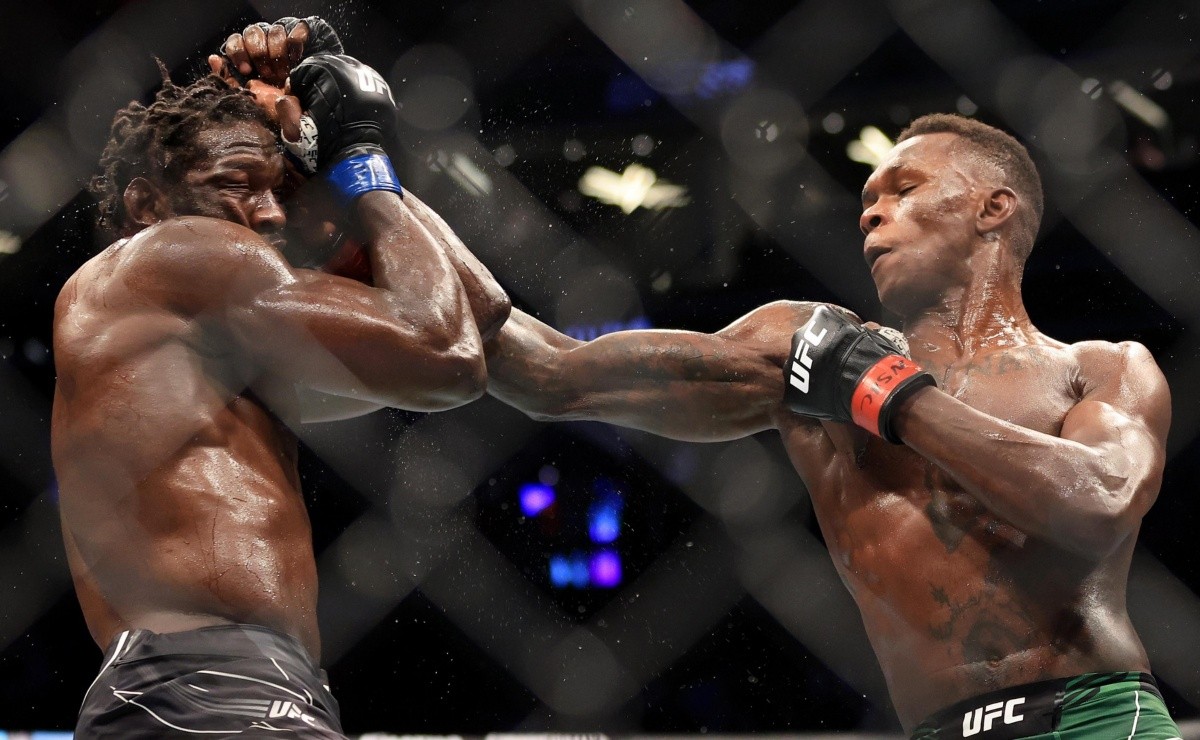 This Saturday took place UFC 276 from the T-Mobile Arena in Las Vegasan unmissable event for the millions of MMA fans around the world, this becaus

This Saturday took place UFC 276 from the T-Mobile Arena in Las Vegasan unmissable event for the millions of MMA fans around the world, this because two titles of the largest mixed martial arts company were at stake, that of the Medium category with Israel Adesana and the pen with Alexander Volkanovski.

Both champions managed to face their rivals and took two victories that further increase their figures.

It all started with co-star, where Alexander Volkanovski was simply devastating, giving accurate blows round after round and concluding the entire five round, while Max Holloway cannot say the same, his face betrayed the superiority of the Australian fighter, so at the end of the 5th round, only what was witnessed by the more than fifteen thousand spectators in Las Vegas was verified, Volkanovski remained unanimously champion.

On the other headline, the fight had less “spectacular” moments but was still very exciting. Israel Adesanya used great strategy throughout the matchup, mostly avoiding contact for much of the five rounds, managing to do enough damage to Jared Cannonier to remain the UFC Middleweight champion. by emerging victorious by unanimous decision for the fifth title defense in the UFC.

We invite you below, to review the results of UFC 276.

Title fight for the Featherweight division: Alexander Volkanovski (c) He showed no mercy and beat Max Holloway for the third time, also by unanimous decision.

Medium weight: Alex Pereira defeated Sean Strickland by knockout with the fight just 2:36 into the first round.

Welterweight: Bryan Barberena defeated Robbie Lawler by technical knockout by landing a decisive blow in the second round of the match.

Bantamweight: Pedro Munhoz vs. Sean O’Malley: Fight without result after an accidental picket in the eyes of Pedro Munhoz.

Welterweight: Jim Miller defeated Donald Cerrone by submission in the second round of the day.

Cerrone at the end of the meeting, announced his retirement from the activity.

Female Bantamweight: Julija Stoliarenko submitted Jessica-Rose Clark in an armbar in the first fight of the night, earning the win in just 42 seconds.

This Saturday a great event of mma from the T-Mobile Arena in Las Vegas, Snowfall. It’s about the special UFC 276: Adesanya vs. CannonierPPV that as its name says, will have Israel Adesana (22-1-0) defending his UFC Middleweight champion belt against American Jared Cannonier (15-5-0) in the central event of the day.

Great fight where the Nigerian champion will seek to win a new victory in the octagon. Adesanya has made four successful Middleweight title defenses, being the last in UFC 271 against Robert Whittaker by unanimous decision.

In total, the UFC 276 event will have twelve fights on its card, one of them historical, since it is another championship match, where Alexander Volkanovski (24-1-0) will put the Feather belt on the line again against Max Holloway (23-6-0) in the confrontation that completes his trilogy.

The record is favorable for the Australian, who took the victory in both fights, the first in UFC 245, conquering the title that Holloway owned at the time and later in UFC 251, retaining the belt by split decision.

Loading...
Newer Post
the world ranking is already studying the inclusion (or not) of LIV Golf
Older Post
What teams are part of the National Conference?