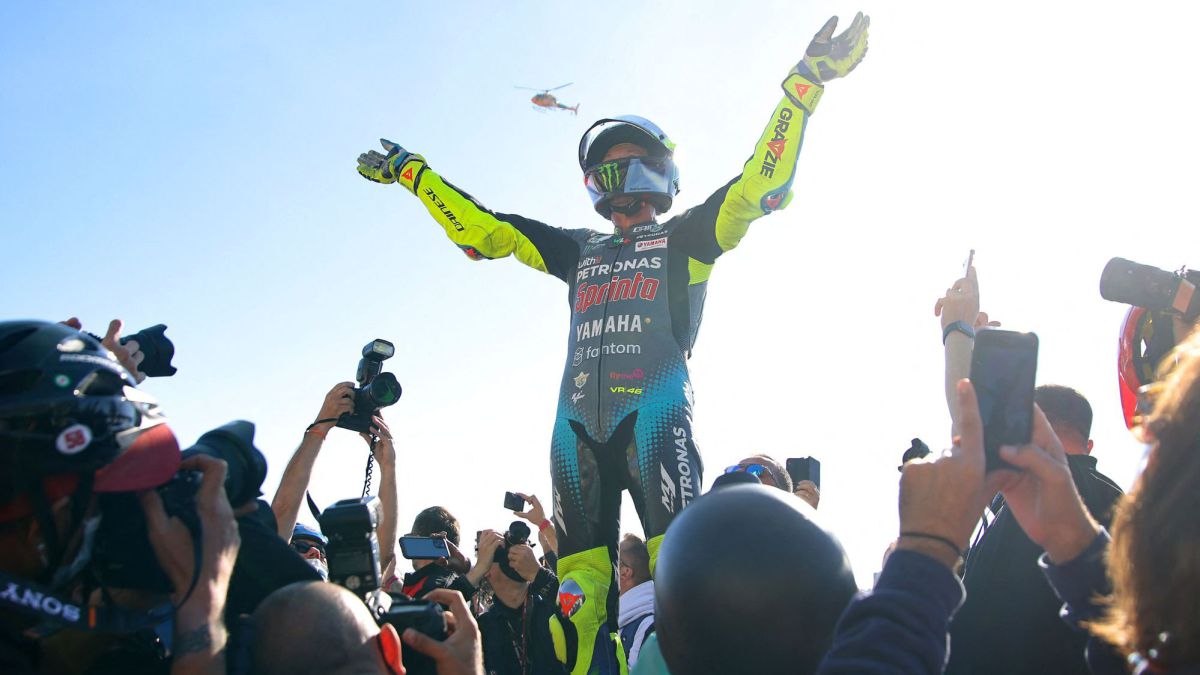 Dani Pedrosa was present at the farewell of Valentino Rossi. He is currently a KTM tester and followed the Italian's last MotoGP race from the Au

Dani Pedrosa was present at the farewell of Valentino Rossi. He is currently a KTM tester and followed the Italian’s last MotoGP race from the Austrian factory box.

-What can you say about Rossi at a time like this?

-It’s a really unique moment. The whole public has turned to him and also many pilots. There has been a very good atmosphere all weekend. It has been very beautiful and really important for someone who has contributed as much to this sport as he has. I hope he enjoyed it to the fullest, because for him it will have been sadder than for the rest. Internally, making the decision to retire is a very difficult thing to do, but the day that comes is even stronger. I remember it from my personal experience, but I hope you are happy.

-What advice would you give him for his new life? From the outset, he has the challenge of being a dad in a few months …

-It is important that you fill that void as best you can, with things that excite you. Nothing is going to excite you as much as what he has done so far. Obviously, a child is the most that can happen to you in life and I am sure that it will fill many moments.

-What is Valentino Rossi for Dani Pedrosa?

-For me he has been the clear reference and a very strong rival, from whom I have learned a lot and with whom I have been able to enjoy incredible battles. I am very, very happy to be able to say and to know personally that I have been on many occasions at the level that he has shown in MotoGP and that I have been an important rival for him as well.

-For me the first time they became direct rivals was in the 2006 Brno race. For you too?

-Yes. That was really the first fight we had. She beat me, but I remember her as very pretty, because we spent quite a few times. I can tell you that in the early years of MotoGP it was difficult for me to take away that special respect that you have for someone so important and, until I couldn’t take that away, I couldn’t really beat him in some battles. That slowed me down, but I was very happy to have that memory.

-One last. How is life going? He is still a tester at KTM and this year he raced in Austria. Will you ever do it again next year if your brand asks you to?

-I don’t know right now. We will see how things evolve. We hope that everything goes well and that it is not necessary, but, if the situation requires it, we will value it.

Lecuona surprises in the rain | Sports | America Edition
GP Emilia Romagna MotoGP 2021: Rossi: “A top 10 will be a good result”
GP Valencia MotoGP 2021: “Rossi is the best in history”
MOTOGP 201