It was just a paperwork for LeBron 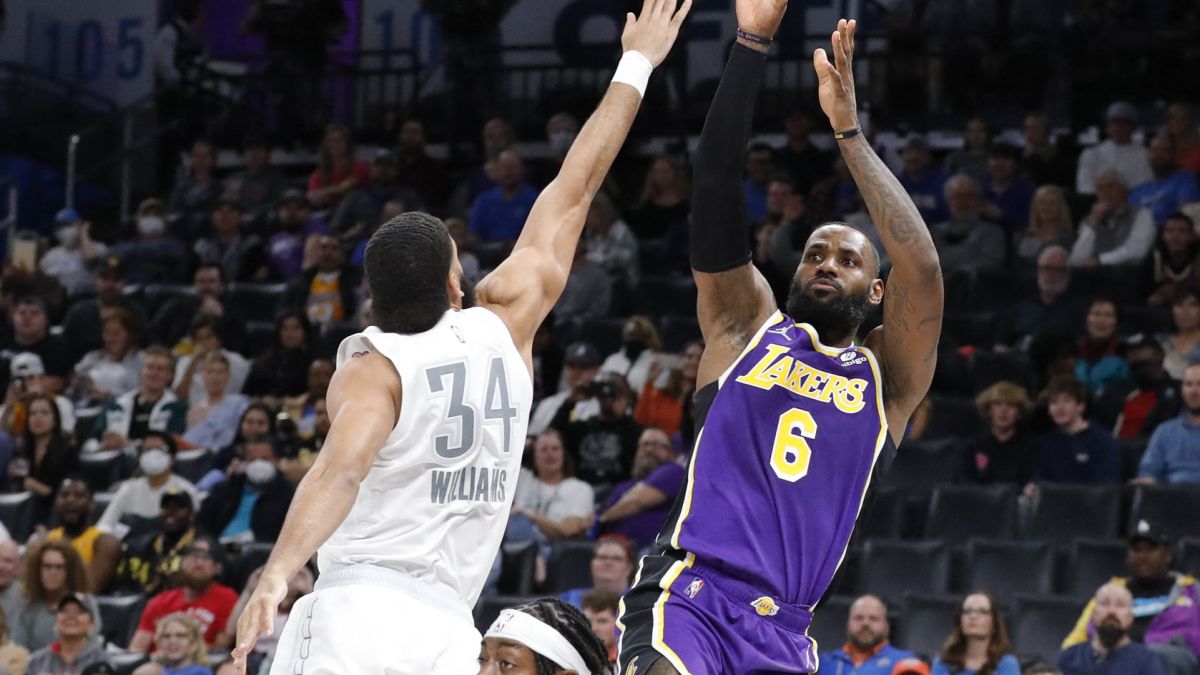 The seesaw which is this season the Lakers left the possibility of finishing high on Friday night. On Thursday they had fallen with a crash at th

The seesaw which is this season the Lakers left the possibility of finishing high on Friday night. On Thursday they had fallen with a crash at the Grizzlies’ home and the rival, despite having beaten them at the Staples Center a few weeks ago in another of those black episodes this season, was weak enough to think that they should beat him even if they had powerful elements against them. For example, that it was the second game in a row, without rest, and in the middle of a treacherous tour, as has been confirmed. For example, that shortly after starting it was reported the withdrawal of Anthony Davis for the match, suffering from knee discomfort. They are conditioning factors that seem to be repeated, whether of more or less depth, so that Angelenos do not have a relaxed and pleasant day playing basketball. Even so, victory to the song.

An extraordinary LeBron James, “incredible” According to his trainer, he put the pressure on next to the shoes and did magic with it. 33 points, 5 rebounds, 6 assists and 3 steals, already touching the historical top-10 of the League in this last classification, to be crowned in OKC. The Lakers took the victory with apparent sufficiency (95-116) thanks to the performance of their king.

The key code it was to suffocate the Thunder on the outside so that even the resource of shooting from afar would not be such. Inside, despite not being Davis, they did not pupate excessively. The Lakers are still playing these last few games with few shots from Westbrook, eight tonight, and it seems to work. In the attack on LeBron, people like Avery Bradley or Austin Reaves joined as figures who contributed a good amount of points to leave the locals behind, a trend that already occurred in the first half and in the second one only had to countersign. With this comes another positive game, although without long smiles and in the midst of this rarefied air that the team is, for the Californians, progressing with a dropper.

Without getting too much LeBron came the first good lead for the Lakers, ten points in the first half of the first quarter. A triple from the leading man plus another from Monk gave the team more power at the end of this heat, but there was work to be done. Westbrook’s direction of play, coupled with a brilliant shooting selection, was keeping his nerves at bay and James knew it was time to put another tug on the ball and put the game on a dead end. A 2 + 1 from Akron’s was followed by a slaughter from Tre Mann (19 points), spreading his wings as if he were LeBron, and at that moment it was seen that the Lakers megastar was not going to pass a single one: shot in the low post leaning back to silence the screams that the public had given moments before with the mate in the other basket. That +16 was fluctuating until it reached +29 on two different occasions in the third period. The downside for the Lakers is that, despite the bulging side, Vogel didn’t dare leave his fellow LeBron James orphans until 4:16 left. Gajes of the office when it is so in the edge.

Chicago Bulls – Philadelphia 76ers, live
NBA: The illusion settles in Chicago: what if it’s the year of the Bulls?
Capitanes President: “We have three objectives, but the main one is the NBA”
NBA 1367

Loading...
Newer Post
“Boxing is part of my family, it gives you a new opportunity”
Older Post
Lewis Hamilton and Mas Verstappen, the most anticipated battle in Formula 1