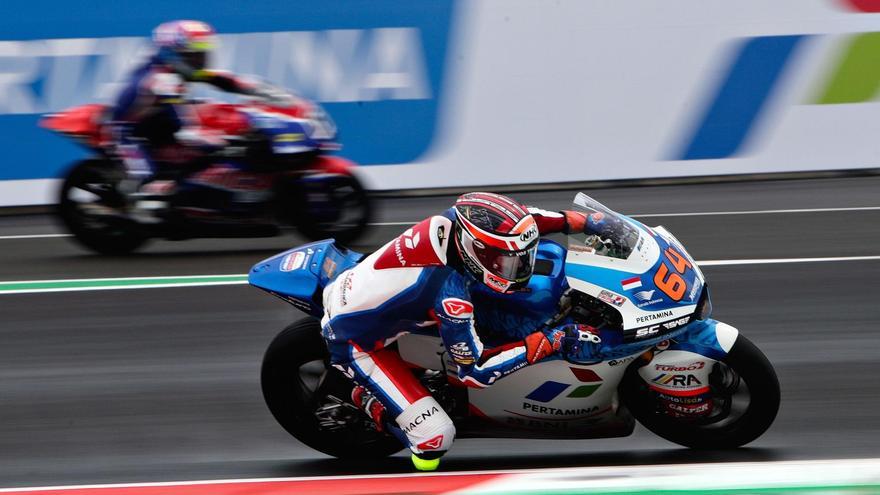 The races are back in which, with a huge dream, get up early or simply do not go to sleep. It's been a weekend s

The races are back in which, with a huge dream, get up early or simply do not go to sleep. It’s been a weekend surreal. Full of ugly falls in all three categories. Are the optimal terms track? Is it safe? Drivers retiring mid-race, others crashing. The fall of Marquez in the ‘warm up’ it was without a doubt one of the worst we’ve seen all weekend. Finally, she has not attended the race. The important thing is that it’s okay.

read certain comments in networks makes me rethink things. Especially at this hour of the early morning. Worth risk both when the track lacks ‘grip’? Is it worth risking so much when the conditions are not optimal? Drivers wishing all weekend for the race to pass through Water or outside of mixed conditions to go much safer. This statement says a lot. Already in the preseason tests there were problems in this circuit. For this reason, minutes before the start of the Moto 2 race, the race direction decided to cut laps and do only 16 of 25 due to problems with asphalt, what the drivers and team found out on the starting grid. The same in the queen category: from 27 to 20, and was affected by a tropical rain. Right decision or not, I think that running in countries where there is no sports activity is a high risk for everyone, and Dorna should be aware that not everything goes, but that is another matter.

who says no worth getting up early to see a race is wrong. The uncertainty and surrealism as the day progressed make the races more funny and less monotonous. A woman performing a ritual barefoot, “rain shamans they call it in Indonesia; an amateur putting pouts on camera for Fabio Quartararo, they have entertained us a lot. The pilots in their boxsharing and laughing… that is the spirit of motorcycles: share and enjoy.

Tags: "It was worth getting up early to see the MotoGP races of the Indonesian Grand Prix", Among all
Women’s football: same rules, different respect
The vibrate of an engine, the beating of a hobby
Women’s football continues to break barriers based on goals
MOTOGP 619