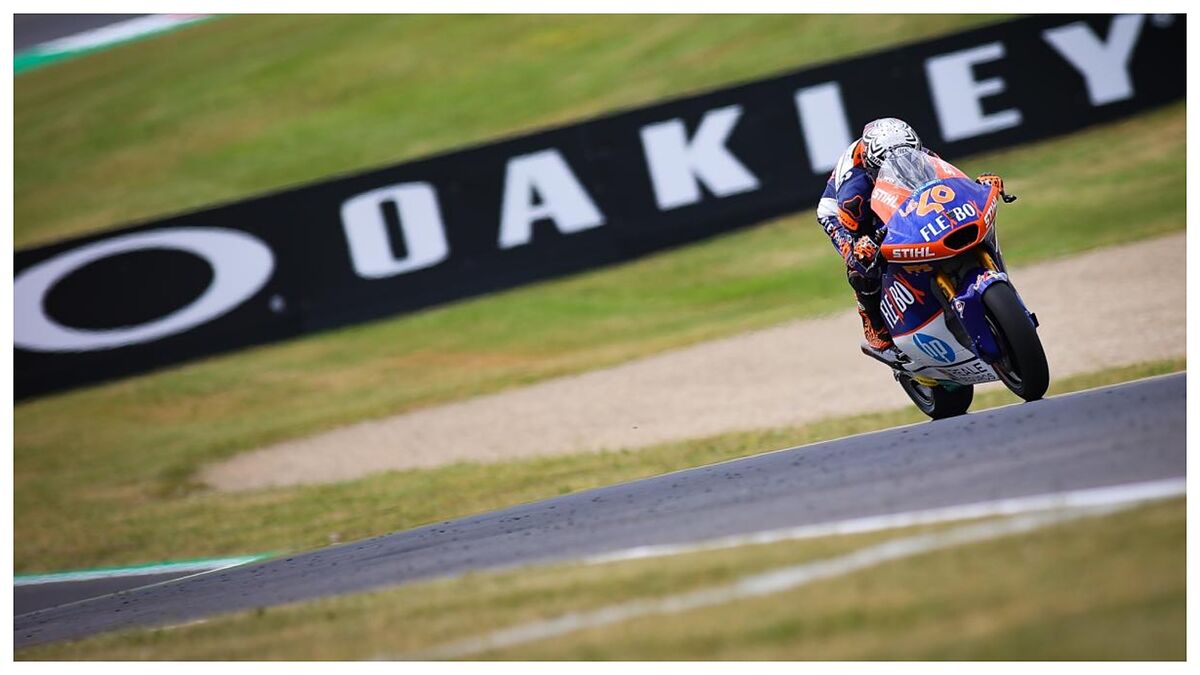 Arn Canet took pole position in Moto2 in Mugello. He could with a great Pedro Acosta.The track had dried up after the passage of the MotoGP and si

Arn Canet took pole position in Moto2 in Mugello. He could with a great Pedro Acosta.

The track had dried up after the passage of the MotoGP and since the clouds did not discharge.

Just in case, everyone left the moment the pit lane opened. Alonso López, who already replaced Fenati at Le Mans, took command. But Pasini snatched it away. Mattia, at 36, rides his own Moto2. He is a 2021 Kalex and competes as a guest in the colors of GasGas de Aspar. The Italian, pure passion, has all the mechanics of him and offers good performance.

Kubo went long, stepped on the green and hindered Schrotter. The German, very angry, let out a light kick that hit the Thai’s motorcycle at the same time that he recriminated him. be sanctioned

Alonso López, who was on the edge, went into the pits. Kubo crashed at turn 10. Pasini shone finishing in command. Enormous. Finally, they passed: Pasini, Arbolino, Aldeguer and Ramrez. López stayed out and will start 19th on the grid. Jeremy Alcoba will do it on the 21st and Manu González, 26.

Pedro Acosta showed that his step forward shown in France with his pole position and the lead in the race was a fact. He puts himself first at the start of Q2.

The Murcian, going alone, continued with confidence and improved. He has rhythm. He made it difficult for Canet or Lowes, who got close to him. Pasini and Dixon worked as a team.

Mazarrn’s Tiburn was frightening with another big turn, but Canet, following Lowes, pruned with Ajo KTM’s. Vietti, going after Arn, go up.

Acosta made one last attempt, but he was no longer able to beat the Valencian. That yes, is strong for the race. The pole was for Canet.