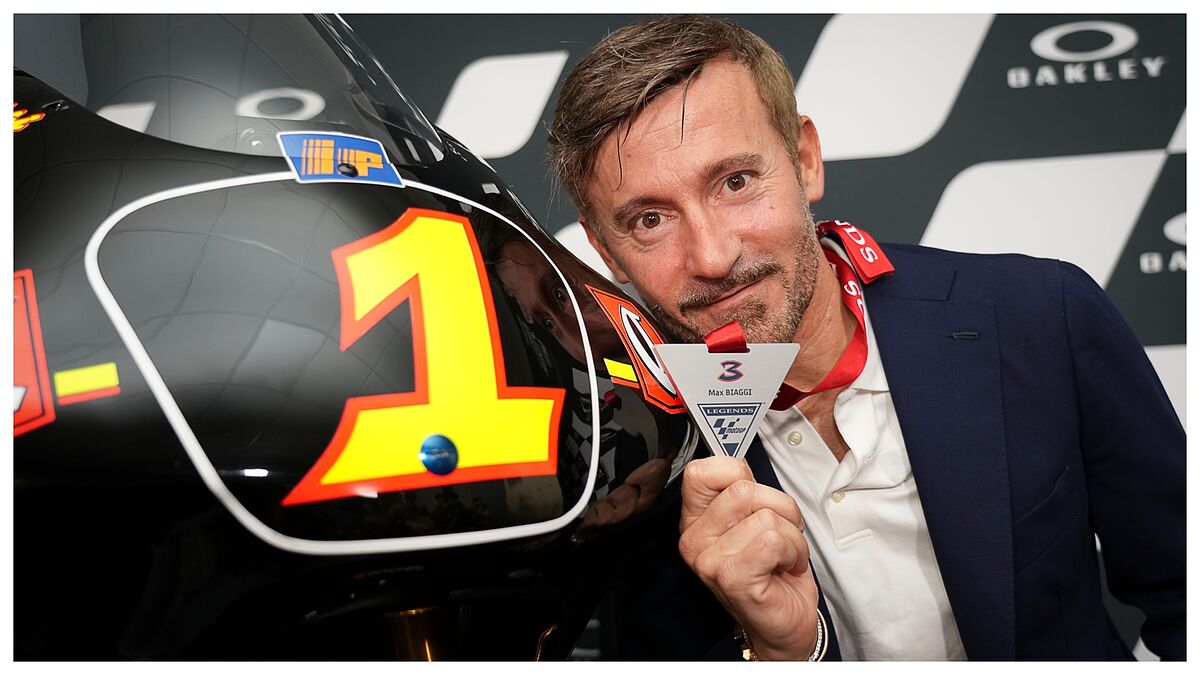 ANDn Sherry was Jorge Lorenzo and in Mugello, Max Biaggithe pilot who was the idol of the Balearic Islands, who was named MotoGP Legend in a solemn

ANDn Sherry was Jorge Lorenzo and in Mugello, Max Biaggithe pilot who was the idol of the Balearic Islands, who was named MotoGP Legend in a solemn act at home. As explained by Carmelo Ezpeleta, CEO of Dorna, the organizing company, the event was scheduled to take place three years ago, but the coronavirus pandemic delayed it.

The Roman, winner of four 250cc titles, was excited. “20 years ago I would not have expected this to happen. It is a special day, I want to thank those who helped me, like Aprilia, Honda and Yamaha. Today, my children are with me and they can say that their dad is a legend“, he claimed.

Biaggi never managed to win the premier class title, but he won his first race in that category: in Japan in 1998. I wouldn’t change a thing. I don’t want to have regrets. Sometimes I could have done better, but that’s life and I have to accept it. What I did allowed me to be here and it’s something big“, he proclaimed.

Precisely, ‘El corsario’ evoked his best memory. “Nowadays, all riders want to get to MotoGP as quickly as possible, but in my time it wasn’t like that. We are afraid of the 500cc and I even wanted to wait before jumping. Then when she tried it out, it was simpler than she thought. Win the first race. In the qualifying session, I was one second and seven tenths faster than Mick Doohan. He didn’t understand how he could go so fast. That weekend was magical. Then Mick pulled himself together and reminded me that it was complicated,” he admitted.

Loading...
Newer Post
Who is Juan Pablo Garrido, the boxer and future UC engineer?
Older Post
Boxing: Tyson Fury kicks a taxi that refused to take him because he was drunk