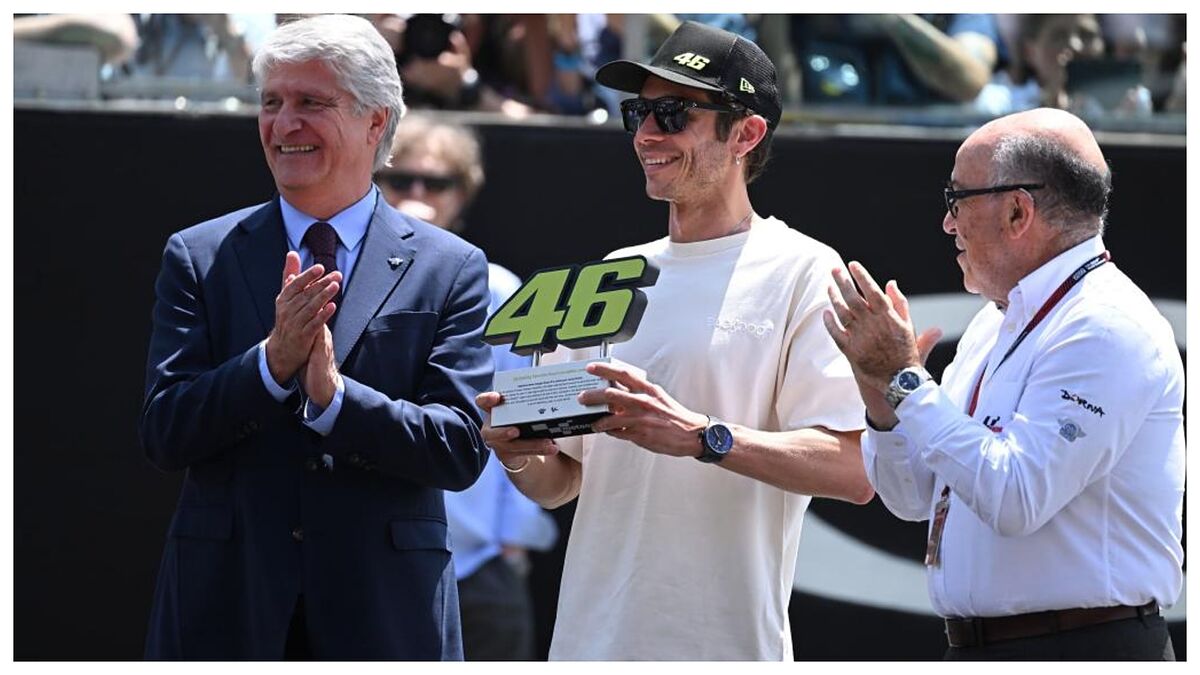 andno one can use the number '46' in MotoGP. valentino rossithe owner of that iconic number, was honored, of course, in Mugelloin an act in full s

andno one can use the number ’46’ in MotoGP. valentino rossithe owner of that iconic number, was honored, of course, in Mugelloin an act in full straight to join a list that includes Kevin Schwantz’s ’34’, Nicky Hayden’s ’69’ or Loris Capirossi’s ’65’, among others.

The public, mostly dressed in yellow, shouted: ‘OK OK’ and he, logically, was moved. He was accompanied on the track by the riders from the VR46 Academy, those from his MotoGP and Moto2 teams and numerous former colleagues, such as Rins, Mir or Ral Fernndez.

Carmelo EzpeletaCEO of Dorna, and Jorge Viegas, president of the FIM, gave him a ’46’ as a trophy. Mugello was always exciting. The first lap on Sunday is one of the most exciting laps for a motorcycle racer,” he said, to the delight of the fans.

He even allowed himself to joke around. “It is a pity not to have been able to run three or four more years. My back hurts, my knees … ah I realized that he was old, “he let out.

Others, like Jorge Lorenzo, a DAZN commentator, was full of praise for his former rival: “No one would have dared to wear the ’46′”.

Loading...
Newer Post
when the ball comes out the stopwatch will stop to improve the game time
Older Post
The richest game in the world of football is not the one you think