Italy fires another frustrated project: “Something in me turned off…” 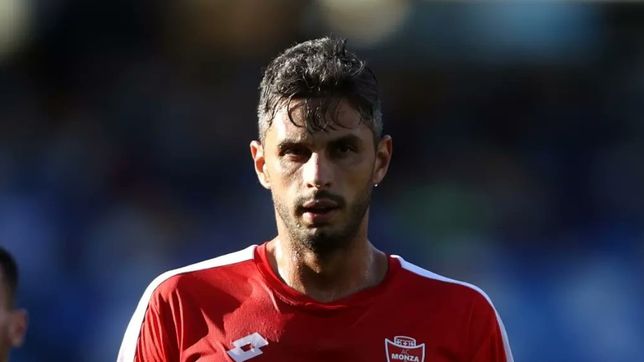 Andrea Ranocchia said enough. The center-back, who at the beginning of his career promised a lot, has decided to hang up his boots unexpectedly.

Andrea Ranocchia said enough. The center-back, who at the beginning of his career promised a lot, has decided to hang up his boots unexpectedly. The decision came after the serious injury suffered on August 21 at the Maradona in Naples, a fracture in the fibula that would have left him away from the pitch for several months. After having lived 12 years at Inter (with 226 games, two Italian Cups, a Super Cup and the 2021 Scudetto) Ranocchia had decided last summer to accept the proposal from Monza, who bet on their experience for the first and historic adventure in Serie A. This week, he resigned from a two-year contract with a salary of one million euros net per season.

With his new team, he barely played 138 minutes: 90 in the Italian Cup, during the victory against Frosinone, and 48 in Naples.

The Italian decided to explain the reasons for his goodbye with a 20-minute video published, between tears, on his social networks: “I thank all the people I met on my way, everyone has given me something and I have given everything. what I could.”

Ranocchia acknowledged that “the last year and a half has not been easy”, that “the passion for football has been diminishing” and that, for this reason, he accepted the idea of ​​a new adventure in Monza: “I thank Galliani and Berlusconi , who offered me a very good contract and gave me confidence”.

However, the footballer stated that in his new team he also noticed that something in him “had turned off”, and after the injury in Naples he preferred “not to tease anyone”. After having worn the shirts of Arezzo, Bari, Genoa, Inter, Sampdoria, Hull City and Monza. Ranocchia still has no plans, but he does have one certainty: “I won’t play again, it’s not what I want. I will enjoy other things. We’ll see you there…”

Loading...
Newer Post
Camas – Camas, protagonists of a documentary film about boxing
Older Post
F1: the young promise that will replace Vettel in the first trial in Italy