“It’s a downer to lose an exceptional champion like Alonso” 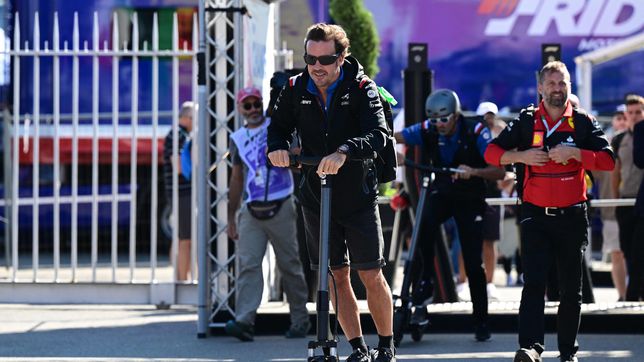 Alpine's chief executive, Laurent Rossi, spoke at Monza after inadvertently starring in the drivers' market with the staggered starts of Alonso and

Alpine’s chief executive, Laurent Rossi, spoke at Monza after inadvertently starring in the drivers’ market with the staggered starts of Alonso and Alpine. He returns in peace, at least with respect to the Asturian pilot, although he is disappointed with the behavior of the young Australian, ignoring that no firm contract bound him with Enstone for the future. “We wanted Fernando to continue as an endurance rider or the Dakar, we talked about it last year. Why do we offer you only two years? We only had two years of option with Oscar and if Fernando wanted to drive more time in F1, we couldn’t give it to him or we would have lost Oscar. It didn’t make sense to us. We couldn’t give other conditions than the ones we offered”, says Rossi in an interview with the official website of the championship. Although they didn’t really have Piastri either.

In any case, there is no rancor: “We would have loved for Fernando to continue, he is an incredible champion and will remain a legend of our brand. But he didn’t work out and such is life. He is an exceptional champion, a gentleman, he continues to do a fantastic job even though he has signed with another team. It’s sad that we parted ways, but he will always be part of the family. It’s a downer to lose a champion, but these are things that happen”.

With Piastri, however, “it’s disappointing and unexpected.” “We exercised our option on November 15 with an agreement on the terms that placed him as a reserve. He has been trained and would have had, among other things, 5,000 kilometers of driving (in an F1) throughout the year, plus a seat in 2023 and 2024. We did it, we announced him as a reserve the next day and by August he had already piloted 3,700 kilometers. We gave him full access to the team, technical meetings, and he followed the races with me on Sundays. He would have been the best prepared rookie in history. We hired a guy just to find him a seat and by April he had the Williams. But when it could be done, they said they had a chance at McLaren. It’s disappointing, it was a bit strange, we expected more loyalty considering how much we’ve invested. He didn’t say he was leaving, he said he had a chance.” On the hearing with the FIA’s contract recognition board (CRB), he admits “some technical legal errors, the door was left open without forcing him with a contract with which he could not move.”

“I did not expect him to leave through the back door, they are not the values ​​with which we move,” he says. Now they want Gasly, but if the FIA ​​doesn’t budge on Herta’s super license (and it doesn’t look like they’re budging), they’ll have to settle for a more affordable option. Mick Schumacher, Jack Doohan. Their 2023 lineup will be worse than 2022, that’s for sure.

F1 2022: Checo Prez’s beautiful gesture with a fan fighting cancer
F1 | Sainz slaps the table
Away from cars: Fernando Alonso and the investments he made with his fortune
FORMULA 1 2351