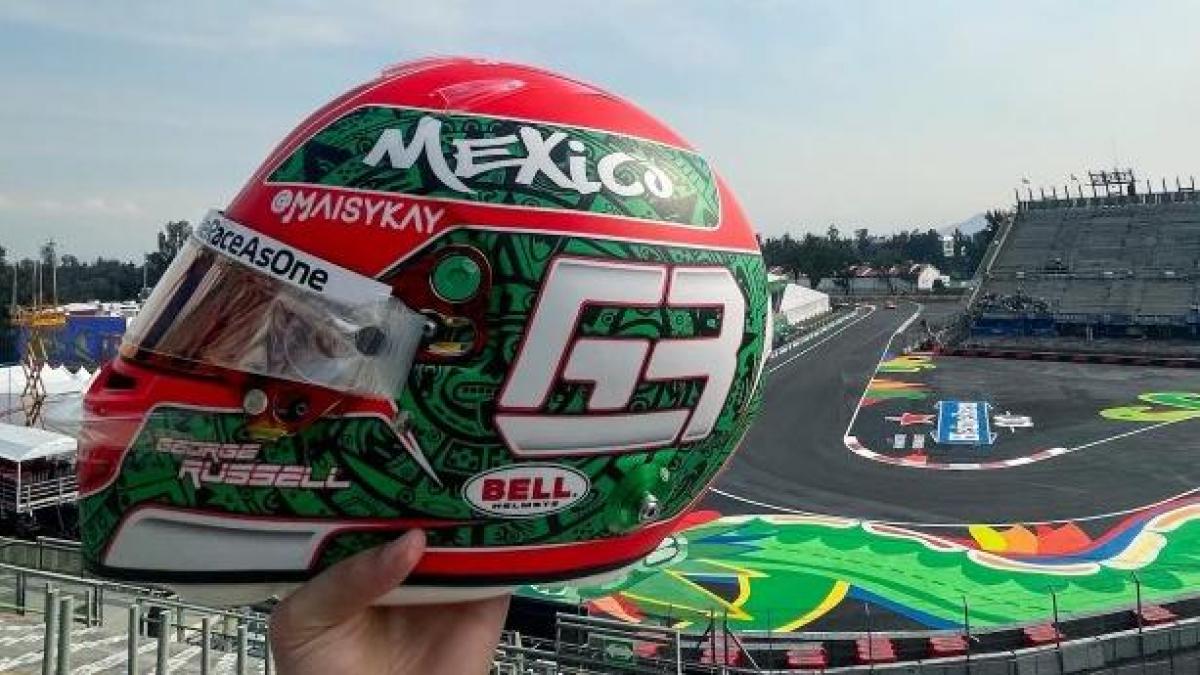 Williams driver George Russell showed off and presented the special edition helmet that he will wear for the Mexican Grand Prix to be raced this Sunday.

The British midfielder will wear a helmet that uses green, white and red colors, as well as an Aztec calendar and will show it off this weekend at the Autódromo Hermanos Rodríguez.

New lid, photographed by me. ✌️

Russell has won the hearts of F1 fans, because even though he races in a Williams, he usually has outstanding performances and does not stop fighting.

The Briton will race for Mercedes next season in Formula 1 to take the place left vacant by Finn Valtteri Bottas who will leave his seat.

When does the F1 Mexican GP practice start?

This Friday the first two Formula 1 practices of the Mexican Grand Prix will take place, to make way for the third practice on Saturday and qualifying for the race next Sunday.

Czech and his mariachi outfit for F1

Sergio Checo Pérez could feel the affection that his Mexican compatriots have for him when he rolled on one of the main avenues of the country aboard a Formula 1 car.

Through a video that the team uploaded to its social networks, it was possible to observe in detail the mariachi costume in Checo Pérez’s uniform, an outfit that he used at the Paseo de la Reforma event.

Tags: f1 beautiful george russell wears beautiful helmet gp mexico
What was the Rappi logo doing on a Formula 1 McLaren?
F1: Verstappen wins the United States GP
“He is not dead, but he cannot communicate”
FORMULA 1 386