It’s not discus throwing, basketball, or golf; it is disc golf and it is practiced more and more in Santiago 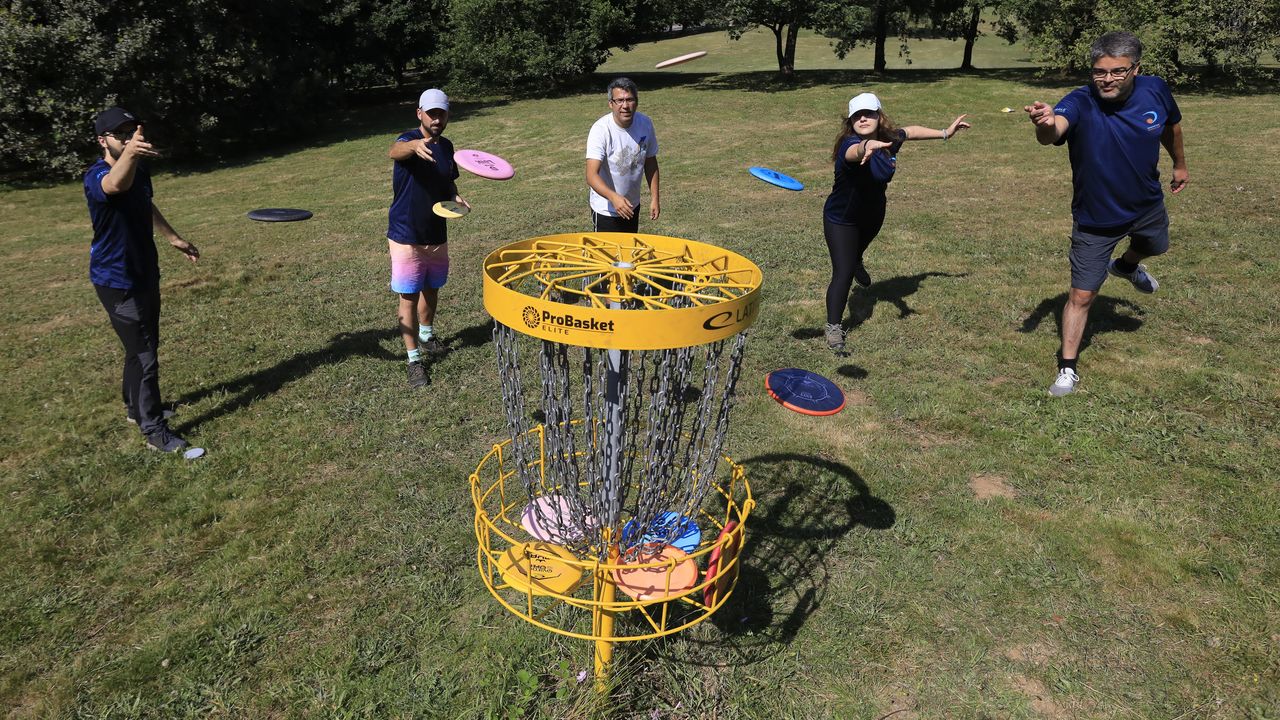 The Monte do Gozo course has 18

The Monte do Gozo course has 18 holes and attracts people, both from the city and from outside

It’s not basketball, even if there is baskets and put basketball. actually they are holes, and there are 18, but it’s not golf either. It is played with a flying saucer and it’s not about discus throwing. It is a combination of all of them, it is called disc golf, and it is practiced more and more in Santiago. It consists of introducing the frisbees into those holes installed at different heights to complete the circuit in the least number of throws possible. In the Galician capital a club was formed already in 2014, Compostela Disc Golfbut we really started to work when the field of Monte do Gozoin 2017, says his secretary, Jorge Surez.

It was the second field in Spain. The first was the one in Oviedo, in 2013, he recounts. Precisely, he adds, it was a man from Oviedo, who came to live here, who created the club and dragged the people around him to try this sporting modality. Talk about Ivn Gutirrez de Ternthe president of a team that already has 27 members, who is responsible for introducing disc golf to Compostela and for the fact that other people from A Corua, Vigo, Tui… usually come here to play almost every weekend, points out Jorge.

The field is attached to the Camino Frances. It’s a circular circuit, open all year round and free of charge that starts and ends at the same hole. It is next to the letters of the Monte do Gozo park and many pilgrims pass through here from other countries where disc golf is better known, especially from northern Europe or the United States, and they contact us to try the course they are offering. over here, he explains. Jorge notes that lately many children are starting to play, because there really is no age to play disc golf and you don’t have to be an extremely athletic person. It is true that it is noticeable when a player comes from padel or tennis, because of the control of the body in the backhand shot, but many people come who have never exercised and they are introduced little by little. Another advantage, he adds, is that there is no need to spend money on sports equipment. It is enough to have some discs (a little smaller than conventional Frisbees), which are not excessively expensive either. It contrasts with traditional golf, which requires quite expensive equipment and the courses are usually private, points out the secretary of the Santiago club.

Loading...
Newer Post
Michael Jordan and Shaquille O’Neal, only triplet of MVPs in NBA Finals
Older Post
The Mexican driver and his strong message against violence in Formula 1