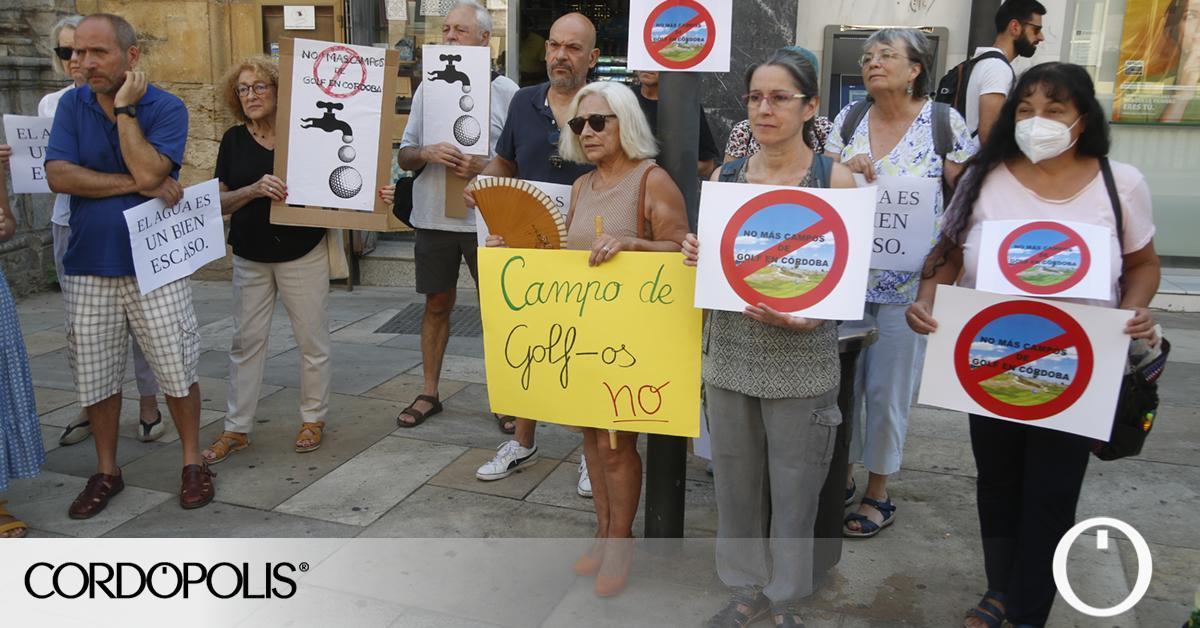 The municipal groups of IU and Podemos will request in a motion at the next City Council Plenary that the complete file by which a license was granted for the construction of a golf course in the vicinity of the Medina Azahara archaeological complex be reviewed, a license that they believe it was given in a “fraudulent” way because, as they point out, there were no reports to be able to grant the authorization.

IU and Podemos opposed in their day to approve the license for this project in the Municipal Planning Office (GMU) for “not having information” about it and have requested and studied in recent months documentation from different organizations regarding the project. project of this golf course. The latest information they have received in this regard is from Emacsa, “a very detailed report” that indicates that the company that promotes the golf course must provide a plan for the connections and water supply to the facilities, something that it has not done according to the Information disseminated by IU and Podemos. Emacsa must prepare a report on this connection plan “prior to the processing of the project before the Municipal Planning Department to obtain the building license,” they denounce. “This event has never happened. The company has not sent that report to Emacsa and it has not given any approval, despite the fact that it was an essential requirement before going to the approval of the building permit”, they point out.

For this reason, in the words of the Podemos spokeswoman, Cristina Pedrajas, “this issue was brought to the License Commission in a fraudulent way. I needed that permit from Emacsa, that report from the company, and to approve it. And that has not happened to this day, ”she denounces.

Likewise, in the information provided by Emacsa to IU and Podemos, the sanitation of the future golf course is addressed, where a “chemical chest is authorized, but the municipal company says that it is not enough due to the volume of people expected. And that it is very difficult to connect to the municipal network, which is about 700 meters away and there is a canal in between”.

IU and Podemos raise in the motion that they will take to the Plenary the series of “irregularities” that they consider to be in the file by which the golf course license was approved. “The health and safety study is still lacking, without it the works cannot begin. And we have doubts about the well that has been authorized by the Board. If it has been done before June 10, 2020, it has been made illegal. And it has been done afterwards, they were not authorized”.

Likewise, they consider that the golf course “does not have guaranteed the water it needs”, since the well “can dry up or become contaminated, “nor does it have permission from the irrigation community” to take water from the canal, nor does it have a supply from the public network when the license was granted.

For IU and Podemos, in addition, the construction of a golf course should not take place in the current context of climate change and drought, due to the “environmental impact” and “the water collection it needs is outrageous,” he said. Stones.

However, the two groups will ask the Plenary to urge the municipal government to initiate the ex officio review procedure of the license granting in the file on the golf course “in order to confirm the lack of legal requirements for its granting, to the hearing of the reports in the file”. “In the event of concluding that it did not meet all the requirements for it, correct the error by retracting said approval, and bring it back for approval in plenary and the licensing committee when everything is complete and correct.”

Likewise, they will urge the municipal government team “to commit to promoting and facilitating only projects that are consistent with the motion that we unanimously approved in 2019 on climate emergency, with the Municipal Climate Change Plan and with any regional, state or international regulations. related to the protection of the environment and citizens against the consequences of climate change”.

And, lastly, they will ask “to investigate and give us an answer from where the water that irrigates the new Parador de la Arruzafa golf course comes from, to define whether the straws of water that come from the Patriarca spring, part of municipal property, are transferred to this complex or continue to be discharged into the sewage system and serve to irrigate the publicly owned orange grove attached to the Parador”.

Tags: medina, check, whose
Llanes will reform the bar of the municipal golf course and will put its management out to tender
Glenda Higuera will debut in the rented field of women’s boxing
They catalog more than 70 botanical species in the La Sella golf course
GOLF 1499