Ja Morant on Michael Jordan: “I would beat him 1 on 1” 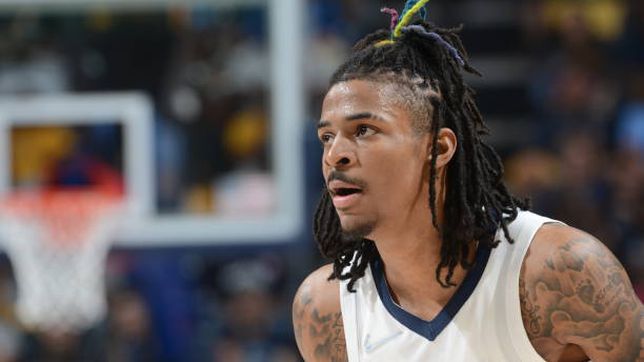 In a recent interview with Taylor Rooks, from the American media outlet Bleacher Report, Ja Morant, the 22-year-old star of the Memphis Grizzlies,

In a recent interview with Taylor Rooks, from the American media outlet Bleacher Report, Ja Morant, the 22-year-old star of the Memphis Grizzlies, declared that “I could easily beat Michael Jordan in a 1-on-1”. The base declared that he would have loved to play with the legend of the Chicago Bulls and that he was an inspiration to start in the sport of baseball.

“I heard who he was, his mentality. I would have loved to play against him, ”said the player who was part of the second best quintet of the NBA season last season. “I would have overpowered him too. No one is more confident than me. No one is going to beat me one on one,” he concluded.

Morant’s self-confidence didn’t just stick to basketball, it spans more sports. “Who is the best football player? Come on, bring it. The one from the Grizzlies affirmed that he would like to be a goalkeeper against Messi, that he does not fear anything at all.

Ja Morant was selected to participate in the All Star last season, averaging 27.4 points, 5.7 rebounds, 6.7 assists and 1.2 steals per game. The spectacular base represents the future, and the present, of the NBA.

NBA: All Star, second count: LeBron and Curry, the most voted and Morant surpasses Doncic
NBA publishes penalties for LeBron James and Stewart; outrage with the result
NBA: The cold war between the Brooklyn Nets and James Harden: “Now everyone gets along, everything changed after the transfer”
NBA 3181