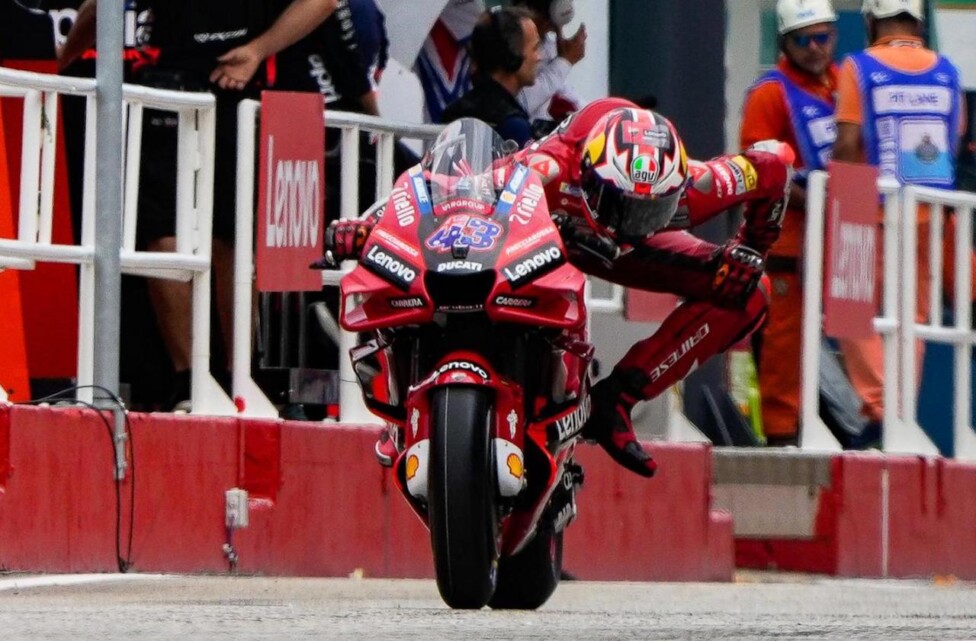 The result seemed elusive, but finally the "patient" Jack Miller was able to achieve his second "pole" in MotoGP by being the fastest in the cl

The result seemed elusive, but finally the “patient” Jack Miller was able to achieve his second “pole” in MotoGP by being the fastest in the classification of the San Marino and Riviera di Rimin Grand Prix, at the Misano circuit, with the aggregate that also led the “1-2-3-4” of Ducati, to close a festive Saturday of the brand and the tifosi.

The Australian had to wait four years to return to being the best in a classification: his previous “pole” was in Argentina, when he led the batch at the Termas de Río Hondo International Circuit in 2018. Now, he was able to take advantage of the benefit of his Desmodedici and on a track with mixed adherence due to some drops that altered the traffic, he set the best time with 1m31s899, and in this way he was 15 thousandths ahead of his teammate Francesco Bagnaia, who will start fifth tomorrow due to a penalty.

Then there were the Ducatis of the Gresini Racing team, in charge of Enea Bastianini and Marco Bezzecchi; behind was the Spanish Maverick Viñales, with another Italian brand -Aprilia-, followed by the French Johan Zarco (Ducati), Luca Marini (Ducati). Later the first Japanese motorcycle appeared, the Yamaha of the champion and leader of the contest Fabio Quartararo who beat Aleix Espargaró (Aprilia) and Miguel Oliveira (KTM). All of them within a second of Miller.

This Sunday, at 9:00 in Argentina and over 27 laps, the 14th will be played. season competition.

24 racing motorcycles auctioned: several MotoGP and Mir’s Moto3
Motorland will return to normality at the 2022 MotoGP Grand Prix
MotoGP results: starting grid for the GP of the Americas
MOTOGP 816

Loading...
Newer Post
What are the most valuable soccer teams in LatAm? this the top 15
Older Post
The CAI debuts in the Federal Women’s Soccer Cup