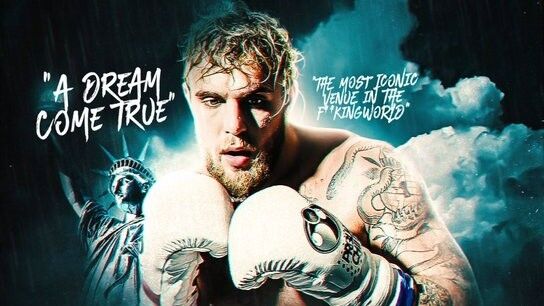 Lthe 55-year-old boxing legend Mike Tyson is willing to fight with the feeling of social networks, Jake Paulbut it has to be "this year".That is wh

Lthe 55-year-old boxing legend Mike Tyson is willing to fight with the feeling of social networks, Jake Paulbut it has to be “this year”.

That is what Iron Mike he told Jimmy Kimmel during a recent appearance on the comedian’s late-night talk show.

Tysonwho will turn 56 at the end of this month, returned to the ring in 2020 when he faced Roy Jones Jr. in an exhibition match. And he wasn’t scared by the idea of ​​boxing with Paul (5-0).

On the prospect of fighting Paulsaid, “Anything is possible, but it has to happen this year,” he assured Mike Tyson in his interview with Jimmy Kimmel before the challenge launched by youtuber Jake Paul.

The YouTuber Paulwho has more than 20 million followers on the video platform, accepted the challenge through a message on his homepage. Twitter.

He said: “Thanks to the great Mike Tyson for the respect and opportunity. This year we are making it possible.”

Paul is relatively new to the boxing scene and has brought many new viewers to the sport while making a lot of noise. A fact for which Tyson has praised Paul.

“Even if he’s fighting fighters who aren’t meant to be good enough, they still should beat him, but they can’t. He’s beating people he really shouldn’t beat, so give him credit.”

“He’s doing good and he’s doing things that are great for boxing. This guy has seven million people following him every time he fights.

“The world champions don’t have as many people following them, so what he’s doing for boxing is sensational.”

In his budding career, Paul has been in five professional fights, winning all five, including two against former champion UFC Tyron Woodley.

Meanwhile, the record for Iron Mike is much more impressive, as would be expected from someone who retired from the sport as an all-time legend in 2006.

Tags: Jake Paul - USA Latino, boxing, Mike Tyson - USA Latino
Boxing: ‘Money Kicks’ finalizes a fight with Mayweather: “I grew up with lions, I’m not afraid of him”
Boxing: Fury insists on his withdrawal: “No amount of money will make me change my mind”
Boxing: United States and Mexico continue to dominate world boxing
BOXING 3104