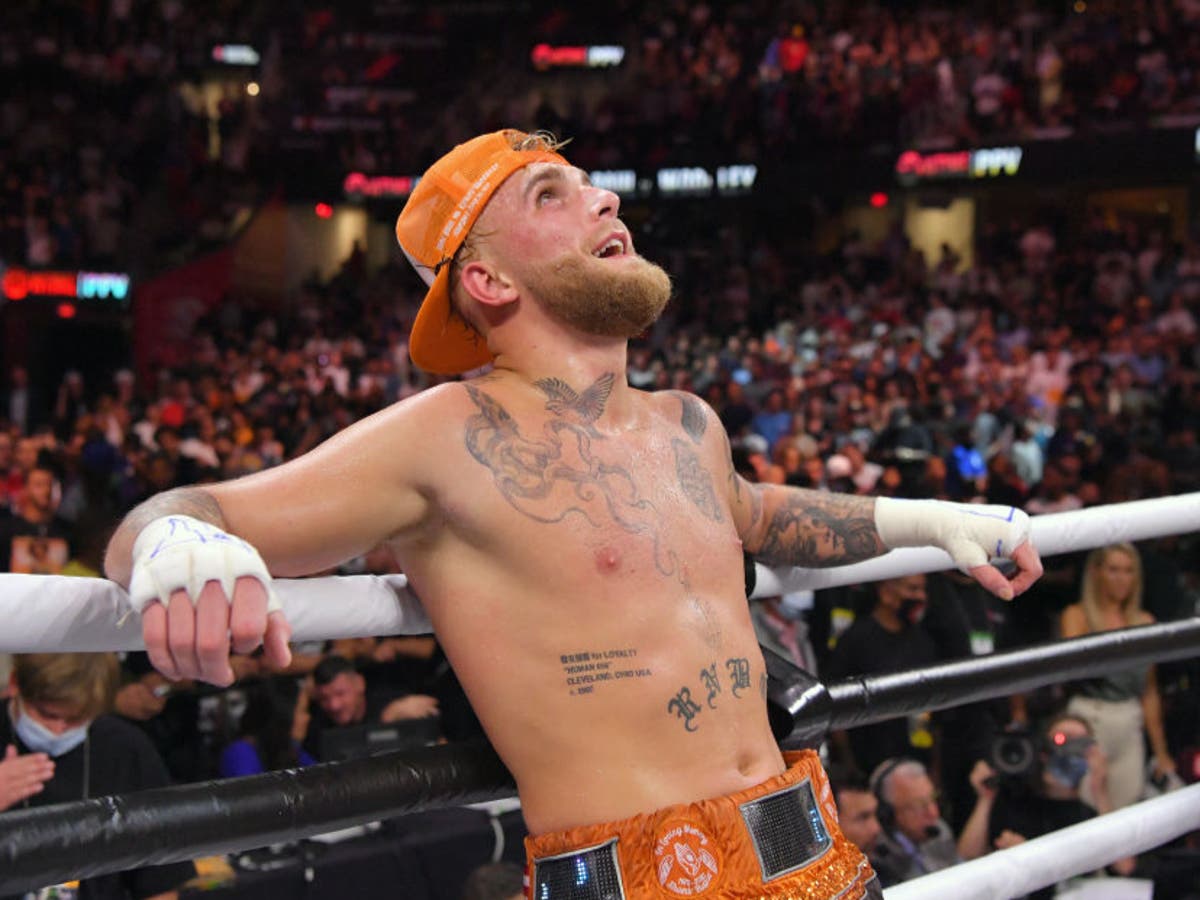 Jake Paul has said that he is confident that he will stop Tommy Fury when the pair meet in the boxing ring later this year.YouTube star Paul, who i

Jake Paul has said that he is confident that he will stop Tommy Fury when the pair meet in the boxing ring later this year.

YouTube star Paul, who is 4-0 as a professional boxer, will face Fury, half brother of heavyweight champion Tyson Fury, who is 7-0 in Tampa on December 18.

American Paul, 22, has knocked out three of his four opponents – fellow YouTuber Ali Eson Gib, former NBA player Nate Robinson and former UFC star Ben Askren – and now plans to do the same when he faces off. to Fury.

Briton Fury, 24, won four of his seven fights by knockout or TKO, while Paul’s only decision win was in his last outing, against former UFC champion Tyron Woodley.

“His whole family is underestimating my ability and how good as a boxer I am,” said Paul, via Boxing Scene.

“He didn’t do anything to Anthony and there were points where Anthony was in control, winning and landing harder shots. So, look what I’m going to do to this guy.

“It’s going to be a massacre, a Boston Tea Party 2.0. I’ll take this motherfucker away and throw him overboard.

“Tommy, he’s a great fighter, he’s undefeated, he has fast hands, he’s fast, he’s from a legendary bloodline, so long and so on. I just think that boy will come under pressure.

“I think Tommy will be an easier fight than Tyron, for sure. And I think I’ll knock him out, for sure.

“And I know I said that about Tyron, but that’s really the only time I’ve been wrong. Tyron, he came in ready to fight that night and he’s been beaten up by some greats. Tommy has never gone past four rounds. We’ll see what happens.”

Paul shared an image on social media showing part of the fight agreement for his fight with Fury. The clauses in the picture suggested that Paul should pay Fury $ 500,000 directly from his own purse if the Brit hits him. He also suggested that Fury should legally change his name to ‘Tommy Fumbles’ if Paul is victorious.

Tyson Fury is expected to be in Tommy Fury’s corner for the fight.

Boxing: Holyfield loses by technical knockout in the first round against Belfort
Alexy de la Cruz will go for silver against an Olympic runner-up
Duel of the Titans will be the boxing proposal for this Saturday in Rosario
BOXING 1350

Loading...
Newer Post
Wizards 115-87 Grizzlies | NBA: Santi Aldama adds and continues ahead of his former teammates, but does not avoid the Wizards cyclone
Older Post
F1 | Free 2 in Mexico: A howitzer to start