Jake Paul resolves his rivalry with Woodley with a brutal KO 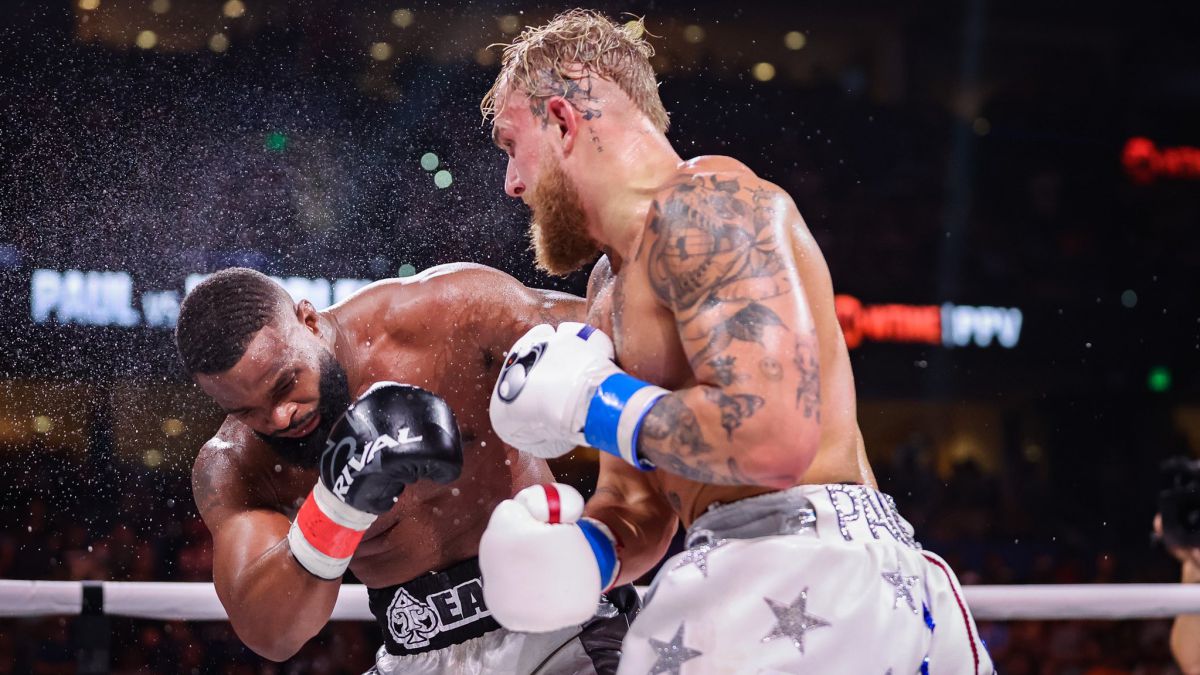 The most purists of boxing criticize Jake Paul. The incursion of the YouTuber has negative things, among them the poor show that it offers in some

The most purists of boxing criticize Jake Paul. The incursion of the YouTuber has negative things, among them the poor show that it offers in some fights like this Saturday, and they are right, but also other positive ones. It has allowed big names like Amanda Serrano (beat Miriam Gutiérrez in the coestlear) charge as their legacy deserves and makes boxing open to targets that might not otherwise reach. It has given an important boost to boxing in general and to women in particular. In Tampa he threw another big party. There was a huge entrance and the ringsite crowd didn’t sit through the entire fight. He sells and no matter how bad he is, he is a star. Few can generate, economically speaking, what he generates.

Sportingly, it is another matter. Paul had agreed to face his first real boxer, but Tommy Fury lost two weeks and Tyron Woodley picked up the glove. In August he had offered a rough and close fight in which the YouTuber had won the points. One wanted revenge because he felt robbed and the other to say that he has knocked out all his rivals. They did, but the script was absolutely the same as months ago. Woodley didn’t want middle-long distance, so he was looking to lock the fight. More show than fight.

Everything changed in the sixth round, when everything seemed like it was going to end like August. The two boxers stood in the center of the ring. Woodley lowered his left after being tackled and Paul pulled out a fast and powerful right crochet. The former UFC champion had time to see it, he tried to shoot it … but he couldn’t do anything. The blow was right at the base of the ear and when Tyron fell to the ground he was already KO. He plummeted to the ground (face down) and took a few seconds to react. One of the most shocking completions of the year, hands down. At the end, the YouTuber recognized the legacy of his opponent: “He is a legend and a warrior. Not like Tommy Fury, who is a …”, he concluded. The show with him is continuous and he had to conclude it.

Loading...
Newer Post
Jorge Lorenzo reveals that he was about to leave MotoGP before signing for Honda: “I saw everything negative, I just wanted to sleep”
Older Post
Chicago Bulls – Atlanta Hawks, live