Jake Paul will fight KSI at Wembley Stadium in 2023 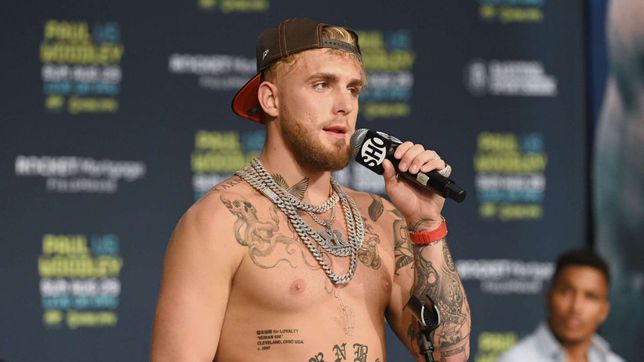 After several years of confrontations in social digital networks, Jake Paul will fight against Olajide Olayinka Williams Olatunji, better known as KSI. The last fights of both youtubers turned into boxers were canceled for different reasons.

KSI proposed Wembley Stadium as the venue for their match and set the year 2023 for it to take place. After several interactions between both influencers on Twitter, the fight was agreed. Paul stipulated as the only condition that KSI tweet that right now the American is a better boxer and the Englishman I don’t doubt it.

Among the proposed specifications for the fight is that the winner will take all the proceeds from the fight and the loser will go home empty-handed.

YOU MAY BE INTERESTED: Gennady Golovkin describes Canelo Álvarez as insecure

The relationship between the Pauls and the Olatunji brothers has been complicated since KSI beat Logan by split decision in 2019. Both debuted as professionals at the Staples Center in Los Angeles and the cards favored the Sidemen member with scores of 56-55, 57 -54 and 55-56.

However, their first confrontation was at the Manchester Arena and with a favorable majority tie for KSI with ballots of 57-57 and 58-57 after six chapters. On the same card Deji Olatunji, brother of KSI, and Jake fought. In that fight, the youngest of the Paul brothers defeated Deji in five rounds through a technical knockout.

Olympic boxing medalist Nate Jones arrives in the region
How much is the weight of boxing gloves? On…
First gold of Venezuelan boxing in the Bolivarianos!
BOXING 4157