Jake Paul’s fights: the analysis of the youtuber boxer and the ranking of his best rivals 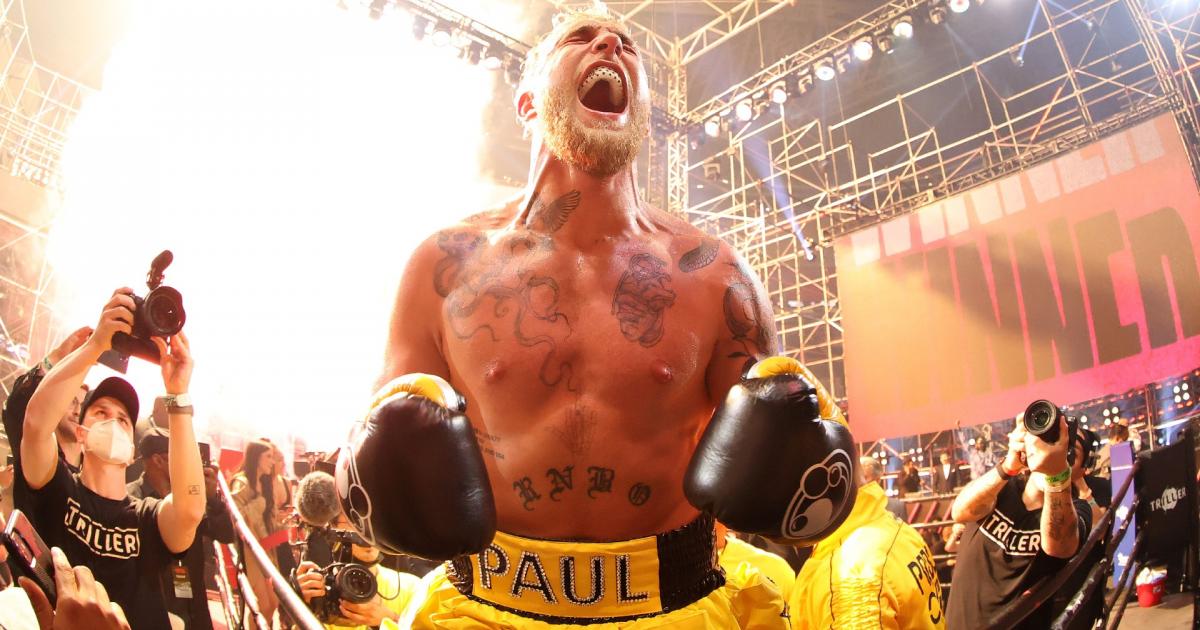 Since 2020, Jake Paul has taken the world by storm boxing. He has knocked out four of the five opponents he has faced and has gotten better every

Jake Paul’s fights: the analysis of the youtuber boxer and the ranking of his best rivals

Since 2020, Jake Paul has taken the world by storm boxing. He has knocked out four of the five opponents he has faced and has gotten better every time he has stepped into the ring. Paul is famous for being youtuber and his boxing has given rise to debates as to whether he belongs in the sport.

In the past, Paul (5-0) He has faced NBA stars, other youtubers and former MMA champions. On August 6, he will face his most difficult task to date: Hashim Rahman Jr. Rahman (12-1) has six knockout wins and is the son of former heavyweight champion Hasim Rahman. The fight will take place at Madison Square Garden.

Does Paul have what it takes to beat a fighter like Rahman? To understand who he is as a boxer, take a look at who he has faced in the ring. The Sporting News presents a ranking of Paul’s fights. Who has been the toughest opponent you’ve faced since you stepped into the ring?

After beating AnEsonGib in his first pro match (more on that later) and demanding a fight against influencer KSI, Paul took a different path and faced former NBA player Nate Robinson. The fight was on an evening that featured an exhibition between Mike Tyson and Roy Jones Jr. It was the perfect complement to the event put on by Triller Fight Club.

Robinson went down at the end of the first round after Paul closed him out at close range. In the second round, Paul dropped Robinson two more times. The second takedown sent Robinson down on his face. Paul got the win after the referee called off the match.

“The Problem Child” he looked like an improved fighter, although his opponent was not a major factor.

Paul had a clear size advantage, and AnEsonGib couldn’t stabilize when Jake landed powerful punches at him. AnEsonGib fell three times and the referee had no choice but to call off the match and give Paul the victory by TKO.

The 25-year-old boxer fought in a Legitimate night of boxing in Miami, highlighted by Demetrius Andrade vs. Luke Keeler. It was a small taste of what was to come.

This didn’t last longer than the Nate Robinson fight. In fact, it could be argued that Robinson put in a better performance than Askren.

After fighting against YouTube stars and NBA players, Paul faced a true combat sports star like Ben Askren. The former ONE and Bellator welterweight champion was coming off a two-fight losing streak in the UFC.

It was a easy win for Paulwho knocked out what looked like an unmotivated Askren in less than two minutes of the first assault.

This was the first time Paul failed to knock out, and it was against another MMA fighter: Tyron Woodley. However, compared to Askren, Woodley –former UFC welterweight champion– was in top form. The confrontation between the two helped sell the fight.

Paul economized on his punches, landing 35 power shots. In all, he landed 71 punches, to Woodley’s 52. It looked like Woodley had Paul on the ropes and was ready to finish him off, but Paul was able to recover and the match dragged on.

“The Problem Child” won by split decisionbut the matter between the two did not end.

In December 2021, Paul was ready to fight his social media enemy, Tommy Fury. Training hard to face off against the “Love Island” reality star, Paul was surprised when it was learned that Fury had to pull out of the fight due to a broken rib.

Fortunately, Paul’s rivalry with Woodley had just begun. About two weeks from fight night (December 18), Woodley stepped forward and faced Paul again.. Like the first fight, this one was competitive from the start. Both were trying to find a hole and it seemed that we were heading for another fight in which the judges would be necessary.

Nevertheless, Paul put an end to all doubts with a single blow.

Paul landed a Tremendous punch that knocked Woodley down in the sixth round. The UFC man was knocked out and Paul posed in front of a shocked crowd. Although not as competitive as the first fight, the knockout made it a battle and a moment to remember.

at the Estudiantes club there will be a Spartan night
Good results of SLP in dual boxing meet
Jermall Charlo injured; his title defense will have to wait for an insignificant oversight
BOXING 3584

Loading...
Newer Post
Sebastian Vettel announces his retirement from Formula 1 at the end of the season
Older Post
UEFA Ranking: The 10 best clubs in European football