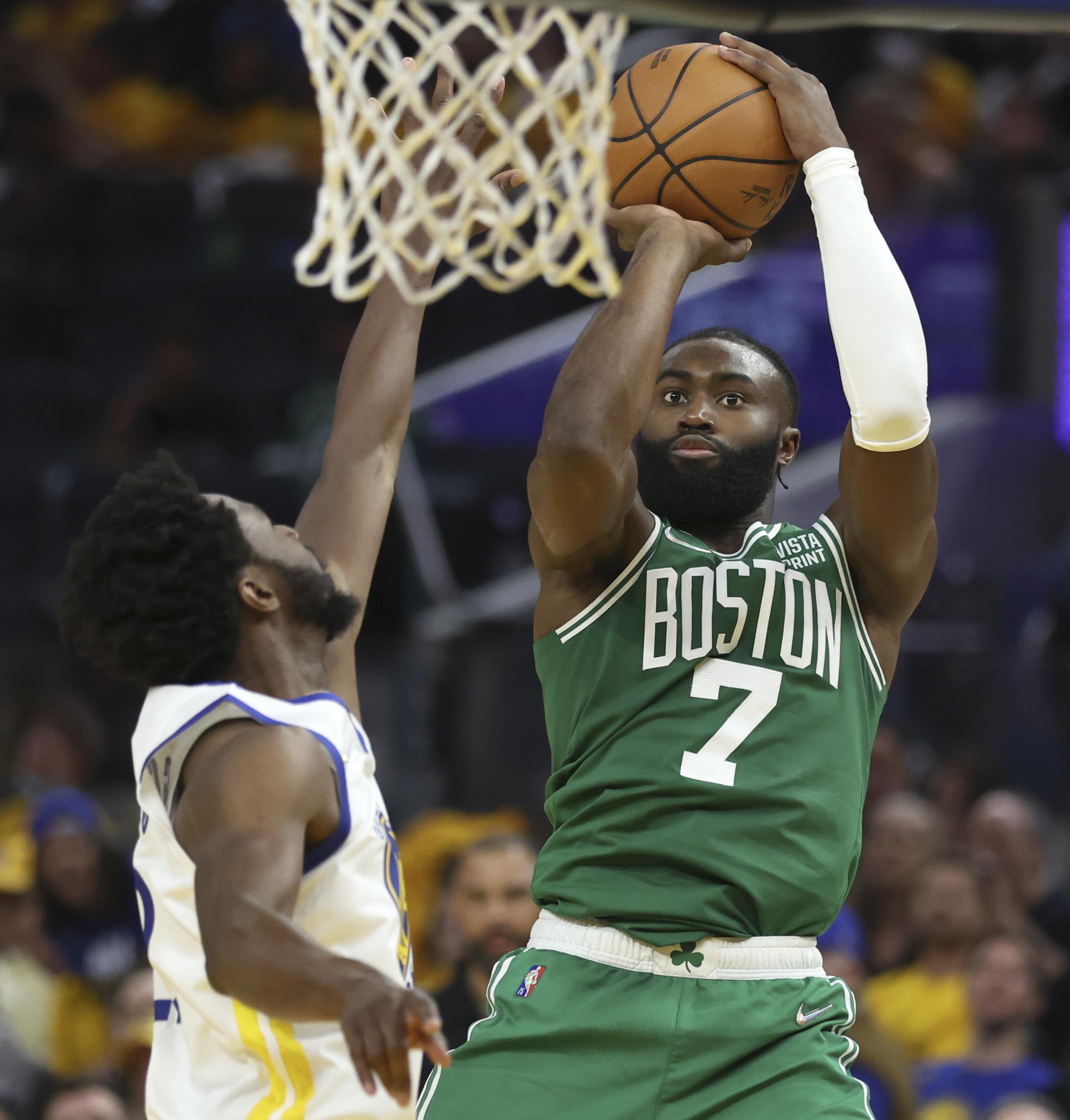 What the hell is wrong with Jaylen Brown?” Celtics legend Kevin Garnett tweeted (with a much more colorful and emphatic expression) to a friend who was part of the club’s coaching staff in 2017, during the player’s second season. in Boston. He saw him frustrated, unmotivated, a little lost. He contacted him, gave him a few tips, and the form of the small forward began to improve visibly. Five years later he is on his way to being an all star, he is in the finals (tied 1-1, with the third game tonight) and together with Jayson Tatum he forms one of the most explosive tandems in the NBA, if not the most .

University student for just one year with the Bears of the University of California at Berkeley –in the San Francisco Bay, very close to where the Golden State Warriors play–, Brown’s development has not been fulminating despite an obvious potential that he made that he was the third pick in the draft. In fact, the Celtics came close to not renewing his rookie deal and letting him go as a free agent, a common practice of their president Danny Ainge when promises don’t pan out (there have been a few exceptions to the rule, one of them being Rajon Rondo). It would have been an unforgivable mistake.

His first years were a bit disappointing, to the point that the Celtics almost let him go.

The player (25 years old, 1.98m tall, 101 kilos) has exploded this season, with an average of 23.6 points, 6.1 rebounds and 3.5 assists, and is a fundamental piece in the gear of coach Ime Udoka (disciple of Gregg Popovich) to try to defeat the Warriors and return the Celtics to the top. He has more confidence and a much better view of the court, he has more leadership, he is satisfied with making layups sometimes instead of always going for dunks, he has improved in defense, he is less boastful, he has reduced the number of turnovers of possession and fouls in attack, and he shoots free throws better (he makes three out of four). The runaway bull of yesteryear has become much more cerebral.

For quite some time, many analysts thought his style was incompatible with that of Jayson Tatum, the Celtics’ franchise player. But after five years together, and after the replacement of Brad Stevens by Udoka on the bench, it has been shown that the theory was not true. When one of the two does not have his night, the other takes over. And when both are inspired, as in the first game of the finals, the Boston team is unstoppable. After a dismal start to the season, with more losses than wins (23-24 in the first 45 games), they finished the season stronger than anyone else (28-7) and carried their good form into the playoffs, where they thrashed 4-0 the Nets and outsuffered Milwaukee and Miami. Getting Al Horford back, after he left for Philadelphia, has been a huge factor in the transformation. After minimizing his college career as much as possible in order to turn pro as soon as possible, the No. 7 made the rare decision to represent himself in the 2016 draft. But he went to an agent in 2019 to negotiate his contract ($106 million). dollars for four seasons, expires next year).

The new Brown can be lethal on both fast breaks and 3-pointers, and he plays just as much as a point guard alongside Marcus Smart as he does as a forward. Neither he nor his Don Quixote Jayson Tatum are one of those players who harangue their teammates to motivate them or try to intimidate the rival. His leadership is calm, with baskets and defense (Celtic’s is the best in the NBA) instead of words. Not even Cervantes.