Jazz and Clippers stay in the fight on an easy day 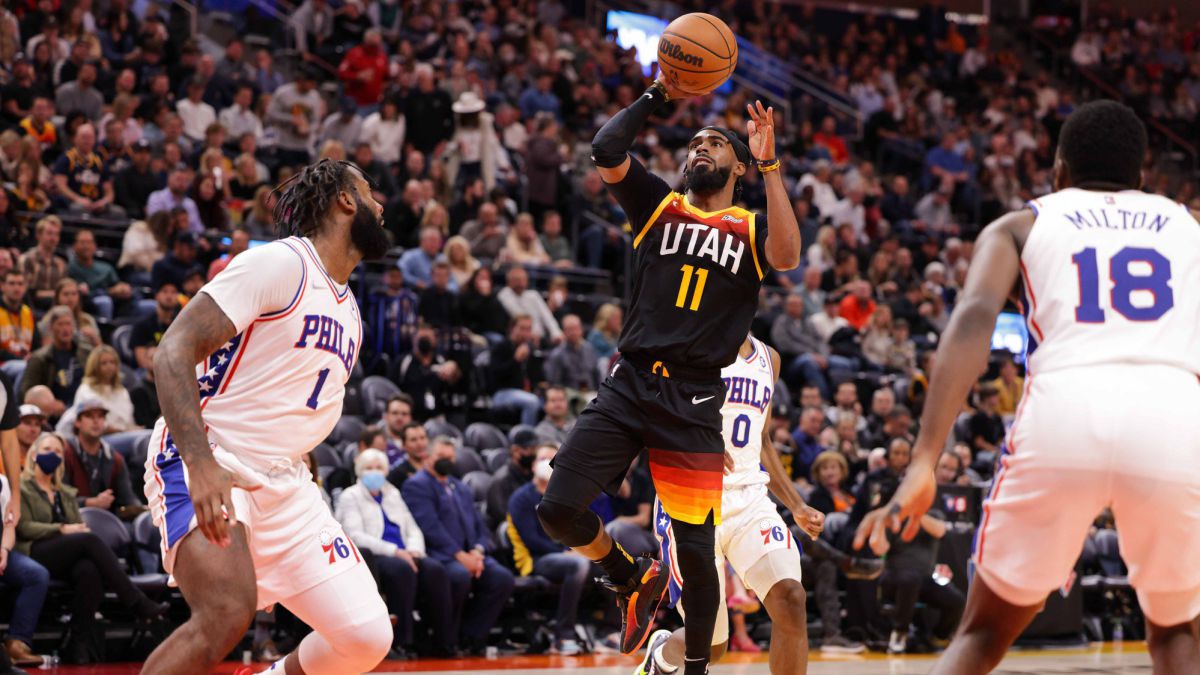 Night of few games in the NBA. Three in particular. Aside from the display of Stephen Curry and the Golden State Warriors in Brooklyn, the other

Jazz and Clippers stay in the fight on an easy day

Night of few games in the NBA. Three in particular. Aside from the display of Stephen Curry and the Golden State Warriors in Brooklyn, the other two games of the day have settled two teams at the top of the Western Conference. Utah Jazz (4th) and Los Angeles Clippers (5th) are placed with 9 wins and 5 losses, even with the Denver Nuggets, and keep their status intact. roosters on this side of the league. Although they came to their respective duels very differently, both managed two easy victories against opponents who are far from competitive right now.

The Jazz needed this win after losing four of their last five games. What remains to be seen is whether their general improvement and, in particular, in defense, has more to do with them or with the weaknesses of an opponent who is now difficult to consider as a reliable yardstick. Because the Philadelphia 76ers accumulate with this five losses in a row (It had not happened to them for four years), undoubtedly motivated by the casualties. So much Joel Embiid, who has not played for five games, like Matisse Thybulle, six, are still in the anti-COVID protocol and their absences, added to that of Danny Green due to injury, they leave the Sixers defense as an anecdote. In addition, if by getting only 37% of your shots you achieve 6 offensive rebounds in the entire game, the result is clear. In the Jazz, Bojan Bogdanovic was the leading scorer, achieving his best mark of the year with 27 points and 5/7 in triples. Utah’s men hit 11 of the 19 shots they tried from the perimeter between the second and third quarters, extending the lead by 31 points.

The Clippers defeated some San Antonio Spurs fighters who gave war until the third quarter but ended up far from the rival, as almost always. With four of the ten players under the age of 23, the Texan team left the same image again of recent years, expanded after the departure of DeMar DeRozan: that of a bland team in the present and, what is more worrying, in the future. Against this the Clippers were chipping stone at the orders, of course, of Paul George: 34 points and 9 rebounds. A 14-2 run to close the third quarter opened a gap of 12 points in favor of the locals that was never closed again. The Clippers thus return to the path of victory that they had briefly abandoned with the visit of the Bulls. Before losing to Chicago, they accumulated seven wins in a row.