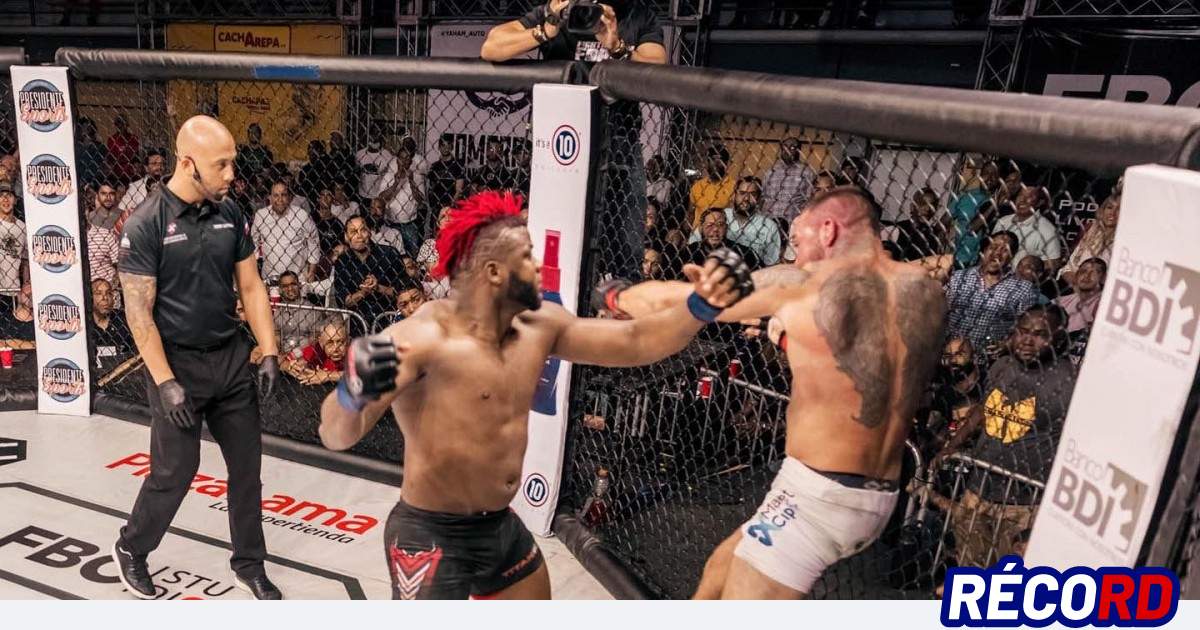 Venezuelan Jhonasky “La Maquina” Sojo retained his 155 lbs title. of Fighting Force via unanimous decision in a close 5-round battle against Domin

Venezuelan Jhonasky “La Maquina” Sojo retained his 155 lbs title. of Fighting Force via unanimous decision in a close 5-round battle against Dominican Jefrey “El Soldado Universal” Roy, on the world MMA card held last year at the Fencing Pavilion of the Olympic Center.

Sojo and Roy staged a great fight that kept the public on their feet at all times. “Roy showed a great level, especially on the floor, I didn’t think it would be so hard” declared Sojo when retaining the title from him.

In the main event, American Alex Nicholson defeated Dominican Oscar ‘Hierro’ Sosa via submission in the first round to win the Titan FC heavyweight title.

“This has been one of the best cards organized in the Dominican Republic, with great fights and a packed house with thousands of fans,” said Rodolfo Dauhajre, president of Fighting Force after concluding the sports evening, which was a box office success.

Tags: MMA
UFC: Casey O’Neill reveals what he always does after every fight
Boxing: The reason why Khabib is in favor of Fury and Ngannou facing each other
MMA: Promising fighter Rubn Rondn turns pro
UFC/MMA 1065