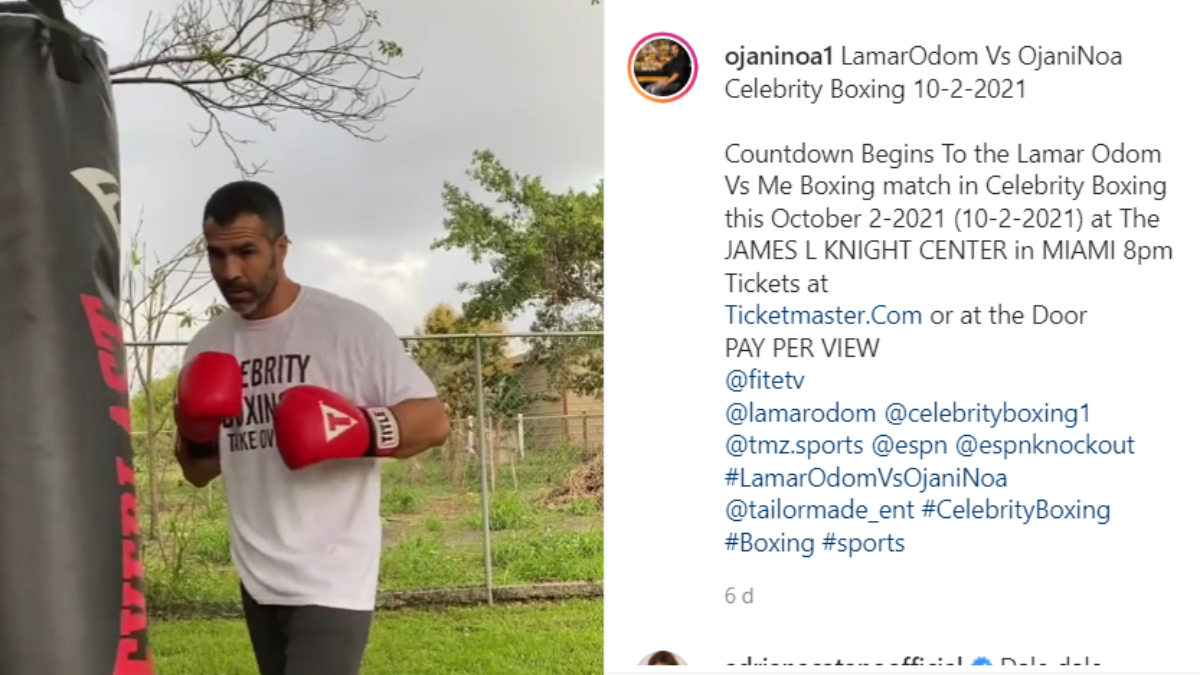 On this occasion, who was the NBA's Best Sixth Man in 2011, Lamar Odom He was imposed without much problem on ex-husband Jennifer López. Three r

On this occasion, who was the NBA’s Best Sixth Man in 2011, Lamar Odom He was imposed without much problem on ex-husband Jennifer López. Three rounds were enough to defeat him, after the unanimous decision of the judges of the fight held in Miami.

On the program’s official Instagram account, the first face-to-face meeting was announced of the fighters with the referee. About this fight, Ojani Noa would have detailed, in an interview with El Nuevo Herald, how he was preparing for his meeting with the former basketball player.

“Physically a bit difficult, because I had to put down the weights a bit. I don’t want to be too contracted. Lamar, a former basketball player, is about seven feet tall, weighs a little more than me239 pounds to 200. I’ve been doing a lot of cardio, but I feel great, ”he commented.

On her Instagram profile, Noa describes herself as actor, model, presenter, entrepreneur, writer, producer and physical trainer. At first, Lamar Odom would fight against Riddick Bowe, but at the last minute they called Ojani Noa and he accepted.

According to Jennifer López’s ex in an interview, he has the quality of a boxer. “I was a boxer in Cuba. I practiced boxing. I did it until I got into swimming and from there I jumped into water polo. Being already in this country, living in Los Angeles and after my divorce, I started doing it professionally, but I stopped it due to work problems, “he said.

Ojani and Jlo were married for a year, until in 1998 they decided to end their marriage, something that has accompanied him since the separation and for which he is questioned, especially because of the origin of the fame he may have.

“Many people don’t know that Before I married her, I already did many things for Telemundo, for Univision, modeled, worked shows for Versace, Calvin Klein. When I met her, I worked for the Larios de los Estefan restaurants. She was beginning to grow her acting career. We married. I move to Los Angeles and we get divorced. That changed my life, because they see me as the ex, but they don’t see what was there before, ”he said about it.

He was a boxer, he measures 120 centimeters that takes advantage of cruelty
Boxing: The Boxing Event raises more than 6,000 euros against childhood cancer
Who is Yordenis Ugas and why has he replaced Errol Spence JR as Pacquiao’s rival?
BOXING 462

Loading...
Newer Post
Pau Gasol’s most important game in his NBA career? (Video)
Older Post
“He will lose control”: they ask that the UFC not release Jon Jones to avoid something worse