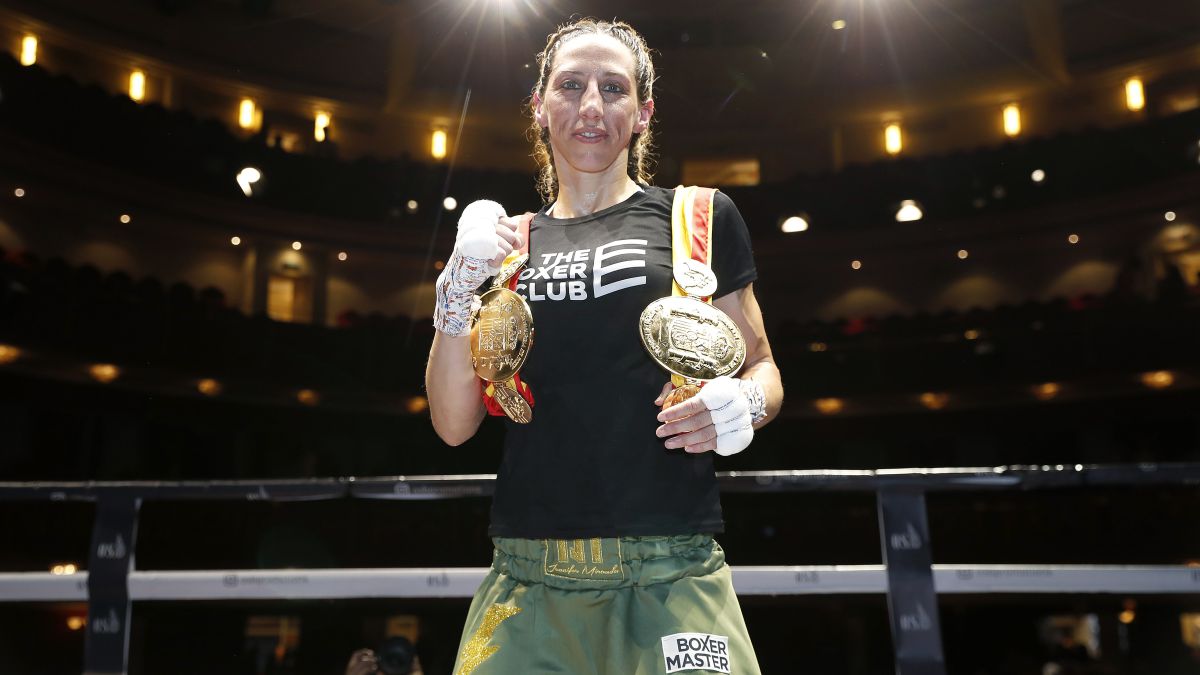 Jennifer Miranda (5-0, 1 KO) has taken a step forward in her career. "I have very little time left as a boxer, and I think it is time to focus 10

Jennifer Miranda (5-0, 1 KO) has taken a step forward in her career. “I have very little time left as a boxer, and I think it is time to focus 100% on the sport to reach the goal,” she acknowledged a few months ago in ‘boxing a la Carrera’. The Andalusian, 35, He left his job in the Spanish Olympic Committee with the intention of being able to focus on his next bouts (His work at La Casa de Papel was recorded prior to this preparation). In July, when she returned after the pandemic stopped, she boxed injured. There he made the decision. Now, “he’s better than ever,” admits his coach, Javier Pardo, in the last episode of ‘KO a la Carrera’.

Miranda, double champion of Spain professional, and her team wanted to look at international goals. They explored all avenues and chose the WBA. The Spanish was ranked in that body, and a victory that continues to rank her could give her the longed-for opportunity. Because, This Sunday, at Movistar Magariños in Madrid, he will fight for the WBA Intercontinental featherweight against Jorgelina Guanini (9-2-2, 1 KO). The 29-year-old Argentinean and former super flyweight champion has resided in Benidorm since this year, where she trains with Jesús Antonio Labrador ‘Xule’.

The fight is very interesting, because both fighters know that they cannot fail. Miranda is aware that he is practically fighting with no option to failure and Guanini has just lost in the United Kingdom a year ago. Argentina accepted with little notice to play a World Cup in the super bantamweight, the haste was so great that it failed to make the weight and then fell, although offering a new battle. Now, upgrade again. It remains to be seen if it affects him. Whether it is so or not, Guanini always assures battle. He goes to the front and does not step back. Without a doubt, his style matches very well with that of Miranda, who handles very well in the distance and enjoys boxing in the long run.. When two fighters complement each other so well it never usually disappoints. The Spanish arrives as a favorite, but she cannot be trusted. The road to the World Cup is never easy and Guanini is a first-rate exam.