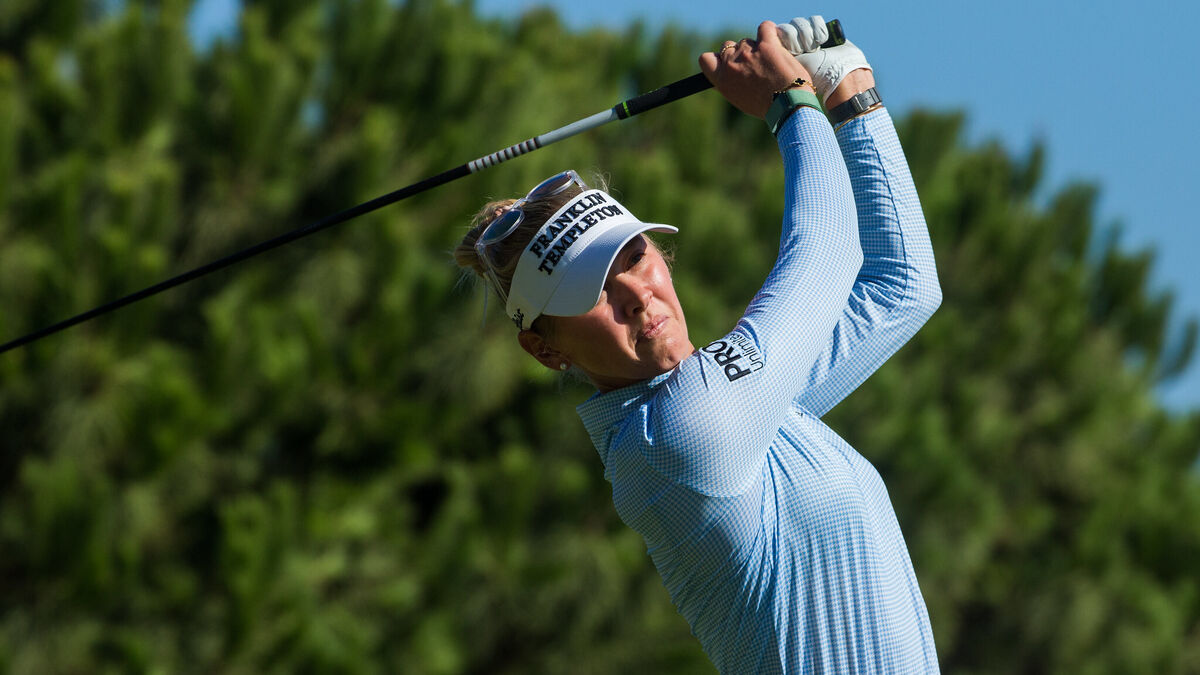 Jessica Korda is off to a brilliant start in the Aramco Team Series of Sotogrande, with a round of 61 shots (-11), thus kicking off the tournament

Jessica Korda is off to a brilliant start in the Aramco Team Series of Sotogrande, with a round of 61 shots (-11), thus kicking off the tournament at La Reserva Club de Sotogrande on Thursday, August 18.

On her first visit to Spain, the 29-year-old American has achieved incredible results by getting no less than three eagles. In seven holes she was placed with seven under par, with the help of several eagles on holes 2 and 6 of the par 5.

Birdies were very present in the game and the only time she has come under pressure was on the eighth hole, when the ball hit the water off the tee. Korda saved himself with a bogey before play resumed on the last nine holes, managing to overcome on 10, 11 and 13.

He has achieved a third eagle, thus completing an impressive round: he has made a putt of 4.5 meters on the 16th hole, before closing the round with a par, thus surpassing the best mark of the previous course by four strokes. He has matched his lowest score in 18 holes of his professional career; gaining a five stroke advantage over Manon De Roey and Pia Babnik.

The Korda quartet, made up of Tereza Melecka, Noora Komulainen and amateur Malcolm Borwick, also leads the team event with 19 under par.

Korda has commented: “It has been an impressive day. These rounds are spectacular, you appreciate each one of them. Just when things go well, they go well; I’ve never done three eagles in one round, so I’m going to remember it. We had a great atmosphere in the group. Plus, it’s probably the first round in three weeks where there aren’t 20 mph winds. It’s been really nice being able to settle down on the golf course.”

Korda had a sore throat during his first round: “If I felt good physically, who knows how I would have been, probably above par!” she has joked.

The Belgian star said: “I love Aramco events. When you play well as a team – if people support you – your game also improves. I’m very happy with my round today. I’ve made a lot of birdies. It couldn’t be a better start for the first day.”

On the other hand, Babnik, who won the Aramco Team Series in Jeddah last November, has made a flawless start to the tournament. The 18-year-old Slovenian commented: “I had some really good shots. I’m very happy with today’s game because I got some long putts. Everything went well.”

Nelly Korda and France’s Pauline Roussin are five under par, while Ana Peláez leads the local challenge after a solid 68. Peláez, from Malaga, has been very well received by her fans. “I am very, very grateful. Being able to be with all my family and friends is so nice. I love it” said the 24-year-old Spaniard. “I tried to make the lowest possible score and it was -4. I’ll take the good from this round and prepare for tomorrow.”

The competition was red hot in the team event as Korda’s quartet held a slim lead at 19 under par. The De Roey and Roussin teams are one shot apart at 18 under par.

Roussin’s team includes the 14 year old Ana Luisa Hernandez. The Madrid teenager with eight strokes, he made two pairs – one of them, an eagle – to impress his captain. Roussin commented: “Ana has played very well. She hit him very far for her age; she has had a good short game and a good putt. She has helped us a lot.” Hernández has commented on this: “It has been a very good experience, definitely something that I will never forget, I have had a great time”.

Play will resume on Friday at 8:15 with the departure of the first groups from tee 1 and 10.

This year there is a new format for the Aramco Team Series, which began in 2021. For this season, the teams will compete in 36 holes – on the Thursday and Friday of the tournament – for $ 500,000 that will be divided among the lowest scoring fourballs.

On the last day of play, only the 60 lowest scoring players and those tied from the first two days will return to the field to battle for the other $500,000.

Loading...
Newer Post
Seven injured by disturbances in soccer match in Guatemala
Older Post
What do we know about the Ferrari Formula 1 that someone drove on the road?