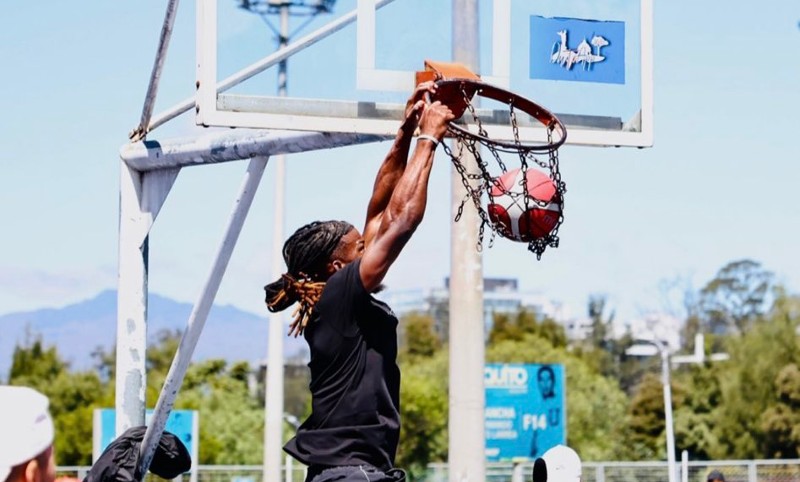 Jimmy Butler posted a photo of his game at La Carolina. Photo: Instagram of the NBA playerthe star of the Miami HeatsJimmy Butler, took advantage

Jimmy Butler posted a photo of his game at La Carolina. Photo: Instagram of the NBA player

the star of the Miami HeatsJimmy Butler, took advantage of his time in Quito to share with his followers. The American played in the Carolina Park, this July 31, 2022.

The 32-year-old athlete went to the park and jPlayed with the fans who were in the place. His presence drew little attention, but those who did recognize him were moved by the way he approached the court.

Jimmy Butler, one of the top NBA stars in Quito pic.twitter.com/ga9hNFozYi

“Is the same! The issue is that he is suddenly walking and says: “I can play.” It was nothing planned. (…) As if out of nowhere Neymar came to Samanes and asked to play. Nobody expects it”, López summarized about the presence of the North American.

Other Twitter users they regretted not being present on the pitch while the American showed his talent, live and free. They also questioned that few people have recognized a world figure.

Jimmy Butler had breakfast today at Magic Bean in the Republic of El Salvador pic.twitter.com/8165Oo5TPg

the sportsman published part of his experience in Quito in the stories of your Instagram account. During this week, the player was also in Colombia, where he showed off his James Rodríguez shirt and visited coffee plantations.

Butlers in the NBA

The American debuted in the NBA with the Chicago Bulls, in 2011after his strong performance with the Marquette University Golden Eagles.

He also went through the Minnesota Timberwolves, Philadelphia 76ers and in 2019 he joined the Miami Heats, the team with which he plays until now. Last year he renewed his bond for four seasons, for $184 million.

NBA: A slap in the face that ends up being… a lack of Facundo Campazzo in defense!
NBA PlayOffs 2022: Doncic’s suffering with Bogdanovic’s shot: “My heart stopped, he doesn’t miss many of those shots”
Toronto Raptors – Los Angeles Lakers, live
NBA 3181