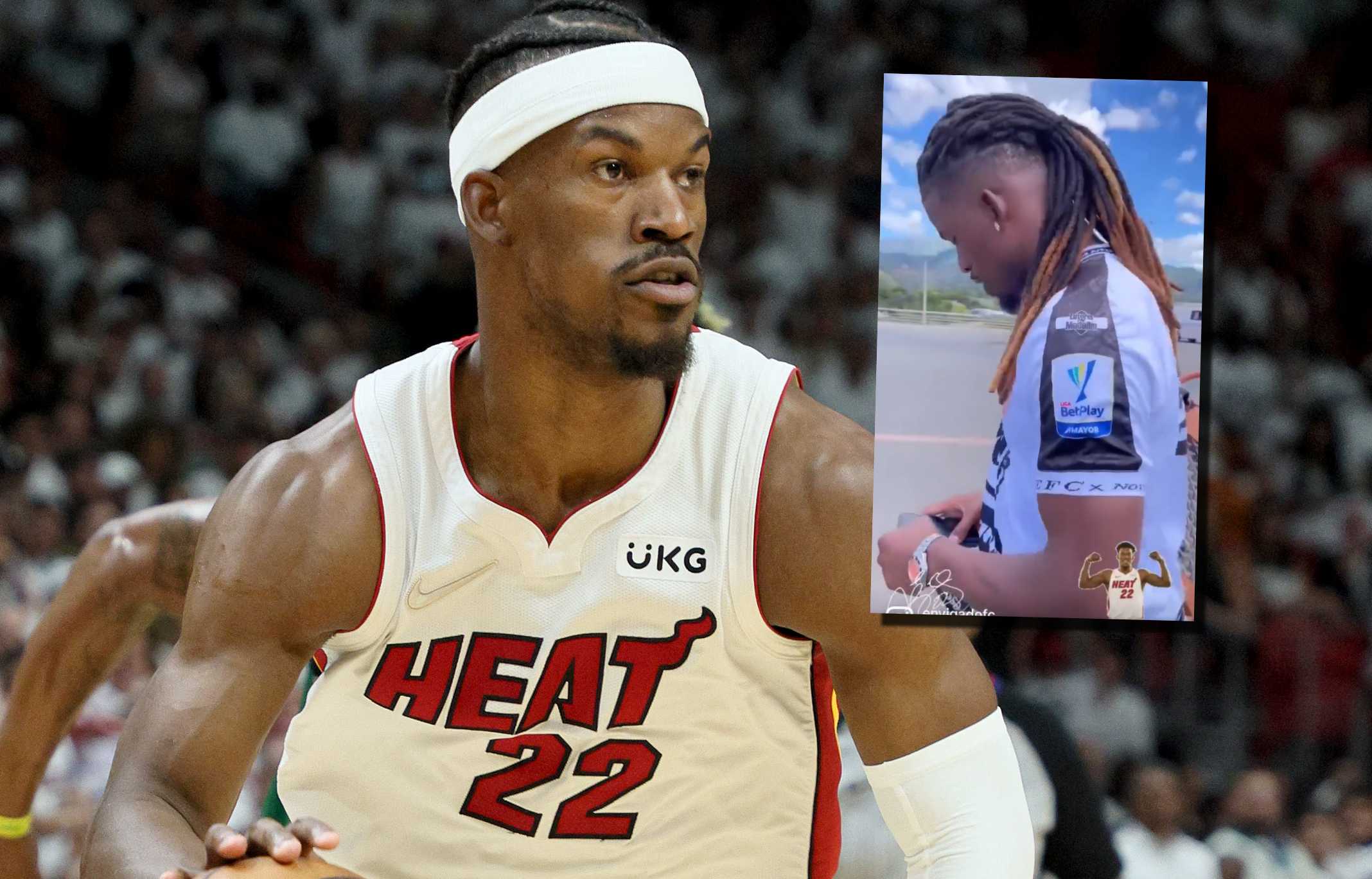 the star of the NBA, Jimmy Butlerwho is getting ready for the 2022-2023 season of North American basketball, exhibited the jersey of a Betplay Leag

the star of the NBA, Jimmy Butlerwho is getting ready for the 2022-2023 season of North American basketball, exhibited the jersey of a Betplay League team.

The Miami Heat player donned the ‘skin’ of the F.C.club of which his friend is a fan James Rodriguezwho for his part does not miss an opportunity to wear the jersey of the South Florida team.

See also: [Video] Neymar conductor of orchestra; so he gave the award to his teammates

It is worth mentioning that James, in the month of June, traveled to Miami for a Heat game. He also took photos with Buttler himself, with whom he has been in a relationship for a few years.

The Colombian has not hidden his love for basketball and his closeness to the Miami team; An example of the above are the various videos that he has published, practicing three-point shots.

This is why Butler wanted to return the gesture that James has had with the Heat, wearing the Envigado shirta club of which Rodríguez is a follower, since he was trained there in the minor divisions.

The video where the NBA player is seen with the orange team clothing It was published by the basketball player himself on Instagram. Immediately, the Antioquian team replicated the image on their respective social networks.

“welcome to the orange family. Jimmy Butler, friend of our youth squad, James Rodriguez, thank you for taking the Youth Squad around the world,” Envigado wrote in a Twitter message.