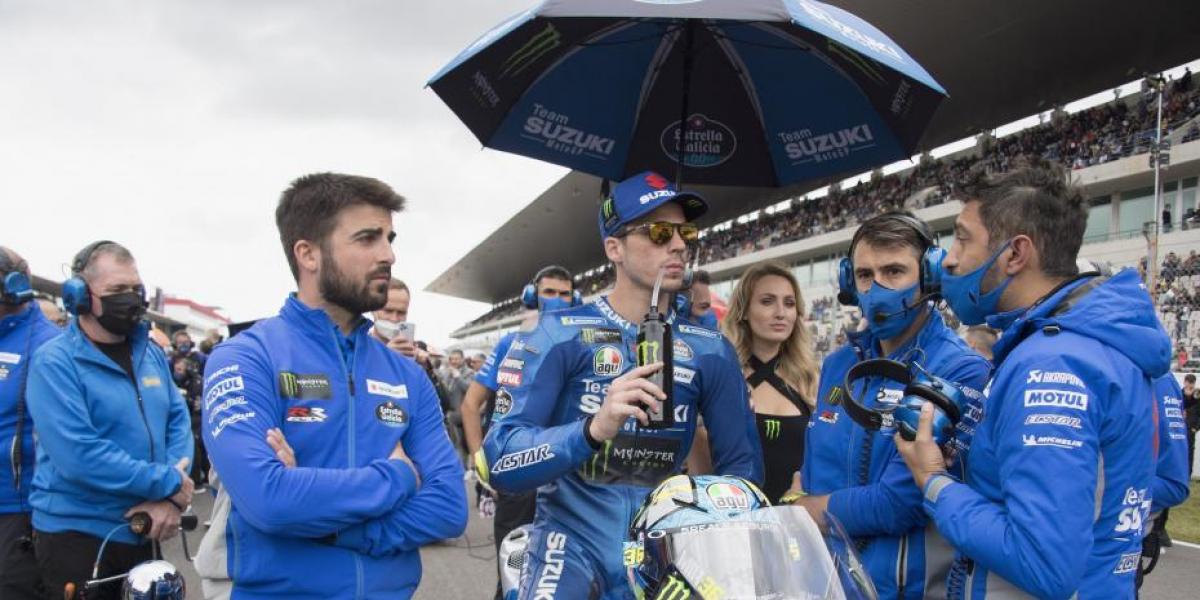 Mallorcan Joan Mir (Suzuki GSX RR) returns to competition this weekend with the British Grand Prix at the Silverstone circuit, and he does so without clarifying anything about his future that links him to the Repsol Honda team , as he states that everything he can say in this regard is not “benefiting him at the moment”, so he does not want to “talk”.

However, Joan Mir played down the importance: “The situation has come like this, but for now there are many people who still don’t know where the next season is going to go, so I’m not the only one”.

Mir said he had rested a lot in this period of time, which he took the opportunity to marry his partner Alejandra in Mallorca and continue training, in what he calls “a very complete summer”, although he affirms that he has had a “very good time”.

In strictly competition “mode”, Joan Mir assured that he did not understand the penalty against Frenchman Fabio Quartararo, since he asked himself “How many equal actions are there without penalty?”.

“There is the example of Miller with me in Portimao. It’s not that I ask Miller for a penalty, but he was trying to overtake, he falls and throws me, without penalty. Quartararo falls, takes Aleix out and they penalize him. What’s the point? “Why one yes and another no? It doesn’t make sense. I have given this example because it has happened to me, but there are many other actions in all categories,” he said.

“On the last lap of Assen in Moto3, a rider also fell, threw others and there was no penalty. Why did Fabio? I don’t understand anything. We have to hold a meeting to tell us what they are based on”, wields Joan Mir with some indignation.

In any case, Joan Mir explained about the long lap penalty that “if he starts at the front, it’s not a drama either, but it is a penalty, no matter how small, without understanding why, because it doesn’t make you happy”. “I don’t know if he’ll be there to win or what I’m going to find when I get on the bike,” he said.

“It’s a circuit that I hope will do well for our bike, here it can work and we’ll see what we can do, but I’ll give it my all to get the maximum possible points,” says Mir without hesitation, who highlights that Suzuki continues to work for this year.

“I have heard about some improvements in electronics, which means that they are working, but I don’t have any more news,” said the Spaniard.

schedule and where to watch on TV and ‘online’ the classification of the Portuguese Grand Prix
MotoGP | Algarve GP 2021: Acosta already scares even the MotoGP team
Razlan Razali believes Darryn Binder can do ‘something magical’ in MotoGP
MOTOGP 688

Loading...
Newer Post
NFL 202: The Cowboys, the most valuable team in the NFL; the Rams go up to #2, the Bengals are last despite playing the Super Bowl
Older Post
An MMA and Brazilian jiu-jitsu black belt fighter captures an alleged assailant on the streets of New York