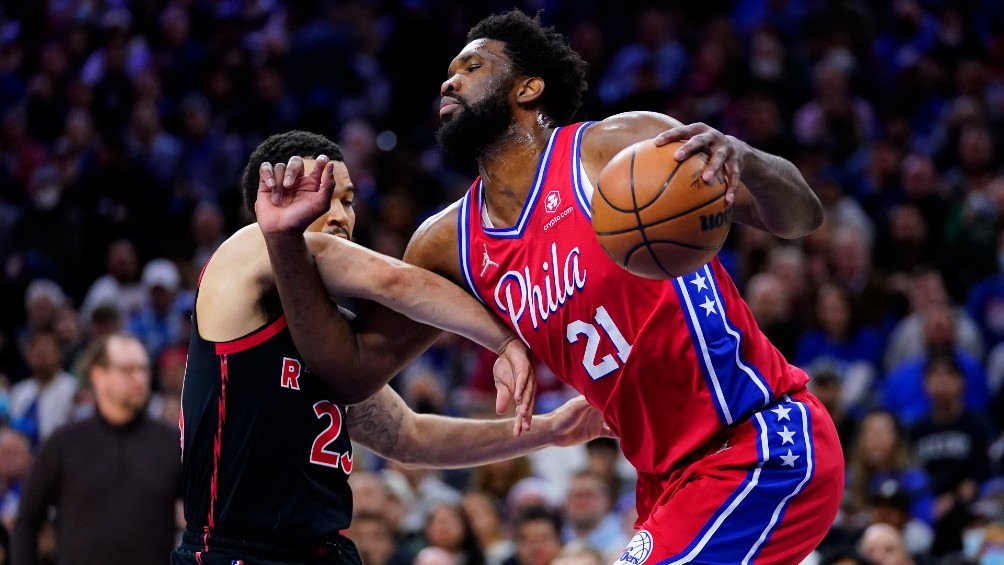 Joel Embid took his punches and blasted his way with 31 points and 11 rebounds, Tyrese Maxey proved he was no one-game postseason wonder and the Ph

Joel Embid took his punches and blasted his way with 31 points and 11 rebounds, Tyrese Maxey proved he was no one-game postseason wonder and the Philadelphia 76ers they defeated 97-112 the Toronto Raptors to take a 2-0 lead in the first-round playoff series.

Maxey got 23 points, nine rebounds and eight assists. TobiasHarris added 20 points and 10 rebounds. james harden contributed 14. Game 3 of the Eastern Conference series will be on Wednesday at toronto.

The Raptors were down 27 points, but showed some life in the fourth quarter to cut the gap to 11, until Maxeythe figure of game 1, got a triple that ignited again the 76ers.

OG Anunoby led the Raptors with 26 units. Pascal Siakam and Fred VanVleet they finished with 20 points each.

The Raptors they came out ready to fight after the coach Nick Nurse accused the referees of giving wide sleeves with strong fouls in game 1. They had not spent more than 2 minutes of the game, when Anunoby pushed to embiid, who responded the same and both teams had to be separated while the fans exploded in the stands. So much Anunoby What embiid received technical fouls.

YOU MAY ALSO BE INTERESTED IN: NBA: 76ERS CRUSHED THE TORONTO RAPTORS AND WON THE FIRST GAME OF THE SERIES

Loading...
Newer Post
NBA Playoffs: Embid scores 31 points and the Sixers go 2-0 against Raptors
Older Post
Boxing: Amir Khan denounces that he was robbed at gunpoint with his wife: “We are safe”