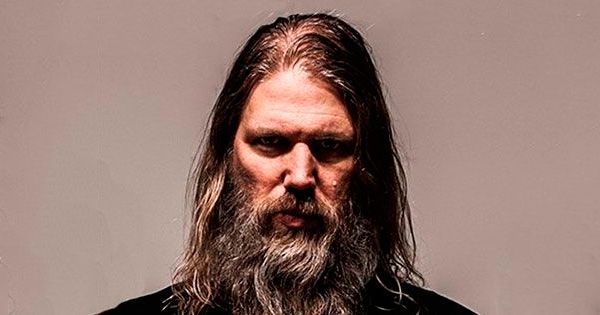 The signs of condemnation in the face of the situation we are experiencing with the Russian invasion of Ukraine do not stop happening. After knowing the opinion of bands like deep purple, Ramstein or the cancellations of the concerts of slipknot and Iron Maidenwe find the gesture of Johan Heggvocalist of Amon Amarthwhich is clear that “Allowing Russian fighters to compete is supporting Putin”and you have canceled your subscription to the UFC.

Less than a week ago, the vocalist had already made his opinion about the invasion public: “My lyrics are often about glorious battles and brave warriors, but they are just stories, sometimes based on history. That is not to say that I endorse war as a solution to conflicts. War is never a solution to any dispute. It can only breed more enmity and hatred between people.”

Hegg’s message continued with little hope and great fear: “In At this time, Putin has invaded Ukraine, a democratic and sovereign state, and although it is far from the only armed conflict in the world, it has affected me deeply. I thought that we as Europeans had overcome this, especially considering our troubled past. My hope is that Putin will put an end to this attack on Ukraine and that peace will be restored in Europe. My fear is that even if this happens, it will be a long time before trust returns between Russia and the rest of the world. I stand with Ukraine and all Russians who oppose this war.”

My lyrics are often about glorious battles & brave warriors, but they’re just stories, sometimes based on history. That doesn’t mean I condone war as a matter of solving conflicts.
War is never a solution to any dispute. It can only generate more animosity & hate between people.

Hegg’s relatively recent love of these contact sports has sparked another cause for protest against the Russian invasion. Remember that the video clip of “Mjolner, Hammer of Thor” featured the participation of the fighters of the UFC Josh Barnett and Shaine Rusthas well as representatives of the WWE What Erick Rowan or Victor. A couple of years ago, the vocalist told how he became interested in these sports MMAWeekly.com: “It was my wife, Maria, who introduced me to combat sports. She had done some boxing in the past and is currently a yoga teacher and has developed a special type of yoga for athletes. A few years ago, we were in New York when I was promoting our album ‘Jomsviking’, and there we met Josh and his girlfriend at the time, Colleen (Schneider), at a dinner party.The next day, we met them at a gym, they tried yoga with my wife and In exchange, they offered to train MMA with us the next time we were in LA. So the next time we were there we met with them and trained and had a blast.”

“I’ve played hockey and soccer, but honestly this is maybe the most fun training I’ve ever had.”Hegg kept counting. “I’ve never really liked wrestling or martial arts before. I’d seen MMA and all that, but honestly I wasn’t interested. Training with Josh changed all of that, and I’ve been training ever since. Now I follow both the UFC and Bellatorin addition to seeing other things like Cage Warriorsif there is an interesting fight”.