With a more polished boxing technique, John Castaneda (18-5) will return to the octagon this afternoon in search of his second victory at Ultimate

With a more polished boxing technique, John Castaneda (18-5) will return to the octagon this afternoon in search of his second victory at Ultimate Fighting Championship (CFU).

After a year of absence, the fighter of Mexican roots will seek to beat the also American Miles Johns (12-1) in a battle of bantamweight in the preliminaries of ufc vegas 47.

“This year I focused on the areas that I needed the most in my mixed martial arts, I have improved a lot in my striking, in my muay thai, in my boxing and that is going to help me and it is going to be very important for a fight, especially against an opponent like Miles Johns.

“Miles is a striker, he has a high level of fighting but since he never uses it, he likes to stand up and box. So I think it helped me last year to focus on my boxing,” Castaneda said in an interview with RECORD.

John comes into this battle after finishing by TKO in the first round to Eddie Wineland, on February 20, 2021. While Miles comes in with a two-fight win streak knocking out in the third round Kevin Nativity and Anderson Dos Santos.

“I expect a very strong fight in the first and a half rounds, I think Miles is a fighter with a high power style but he gets tired very quickly and I just have to wait and be patient. I think I can finish it in the second or third round”, declared the fighter of Mexican heritage. 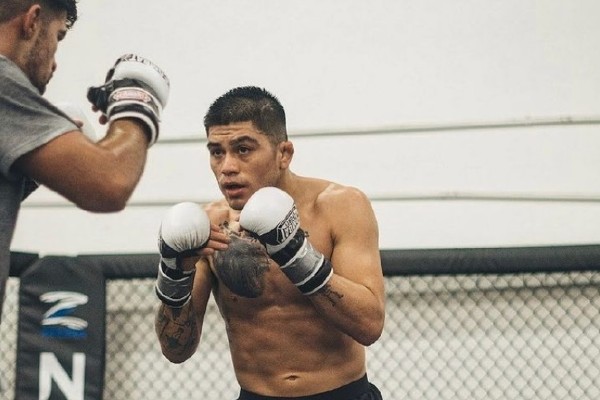 “He is a boxer, he is very athletic, has good power, is also very fast, but that doesn’t last for long. Throughout his career I have seen many fights that starts out strong, but doesn’t finish it in the same way and I’m the opposite.

I start a little slow but I finish with everything”, he emphasized.

YOU MAY ALSO BE INTERESTED IN: CANELO ÁLVAREZ: EDDIE HEARN SAID THAT GOLOVKIN WOULD BE THE IDEAL OPPONENT FOR THE MEXICAN