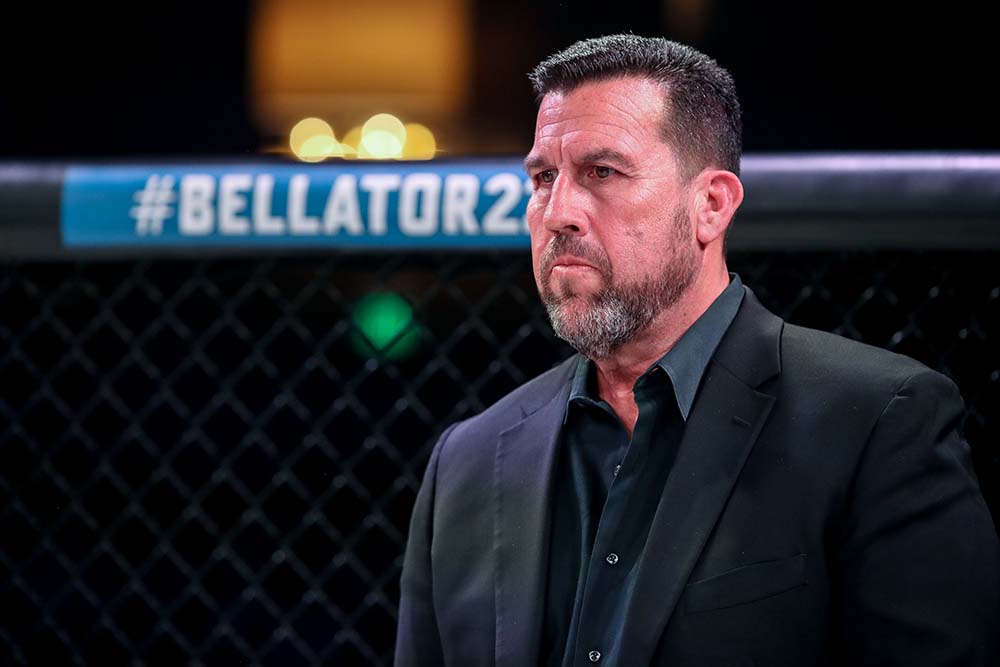 AJ McKee got into an altercation with Nate Diaz after his teammates Anthony Taylor and Chris Avila respectively stepped in for their boxing match on the Jake Paul vs. Tyron Woodley 2 undercard a few days ago.

‘Mercenary’ then challenged the Stockton native to a fight. Speaking to co-host and former UFC star Josh Thomson on the podcast Weighing In , former MMA referee John McCarthy claimed that a boxing match between Diaz and McKee could occur under certain conditions.

McCarthy added that a boxing match wouldn’t exactly be a great idea for McKee, stating:

Let’s be honest, take a look at this. AJ McKee is getting better with Bellator and all that, making good money. But Bellator is on Showtime and if Nate Diaz wanted to box Jake Paul or he wanted to box McKee, Showtime I’m sure he would ask Bellator and Bellator would let him go box Nate. Now do I think that’s a good idea for AJ? I’m not really sure about that.

McCarthy went on to state, however, that he believes McKee would defeat Diaz in an MMA fight.

“I think in an MMA fight, AJ McKee is going to beat Nate Diaz. It’s too fast for him and too good. But if you get into the boxing world, Nate is not a bad fighter. It is uncomfortable and does things in a different way. But he is not facing another skilled fighter. So he would do well at that. And I’m not sure Bellator would enjoy what they might end up with.

Nate Diaz has apparently refused to face Dustin Poirier in the final fight of his UFC career.

Nate Diaz recently took to Twitter to reply to the Dustin Poirier’s Instagram story suggesting that the high-profile UFC duo should fight in a welterweight contest sometime next year.

Diaz suggested a fight in January and UFC president Dana White also spoke about booking the showdown if that’s what fighters and fans alike want.

However, Poirier tweeted that Nate Diaz apparently doesn’t want to fight him at this point. Diaz has only one fight left on his current UFC contract and is taking it easy to confirm his next opponent.

The two former lightweight title challengers were previously scheduled to meet inside the Octagon at UFC 230 in November 2018. But the fight did not materialize after Poirier withdrew due to injury.

Colby Covington reveals when he’s retiring from MMA
Dan Hardy also criticizes the payments that are made in the UFC: “Everything revolves around bonuses”
The fight that outrages the world: nine seconds lasted the combat of shame
UFC/MMA 468