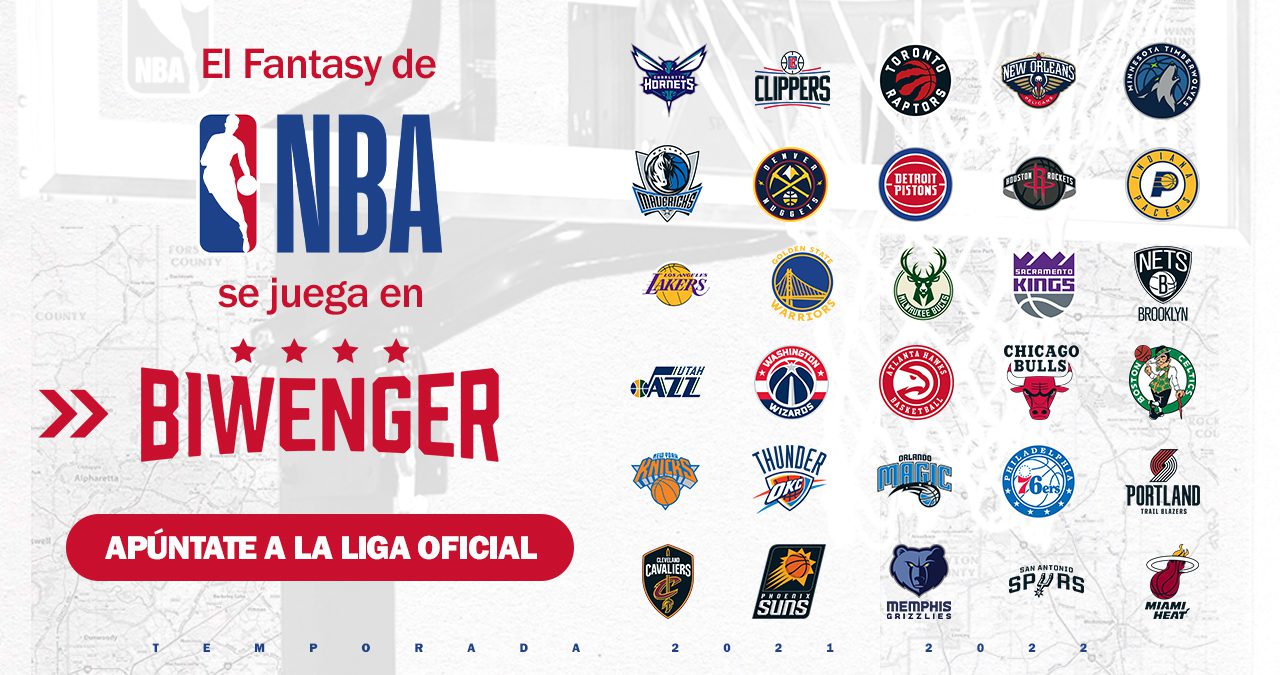 We are already counting the days until the start of the NBA. A season that will be very spec

We are already counting the days until the start of the NBA. A season that will be very special since it is its 75th anniversary. As you well know, last season Biwenger became the Official Fantasy of the NBA in Spain, with a great reception by all North American basketball lovers.

This season, could not miss the Biwenger Official NBA League in which you can compete against thousands of managers and You will have a prize if you finish in the top 10 at the end of the season:

The start date is October 19. Each day will last a week, that will go from Monday to Monday except for possible exceptions, and whose exact beginning and end you can see in the Calendar found in the tab Beginning. You must select in your lineup 5 starters, a sixth man and 4 reserves. All will score, although from the sixth man you will receive the 75% of their final score and of each of the 4 reserves the fifty%. The points assigned to each player will be obtained through average of all the games you have played during that week. Also, the scoring system will be the official statistics of the NBA.

Now it’s up to you to show that you are the king of the court. !Sign up now to the Official Biwenger NBA League and remember that the best basketball in the world you only live in Fantasy number 1!