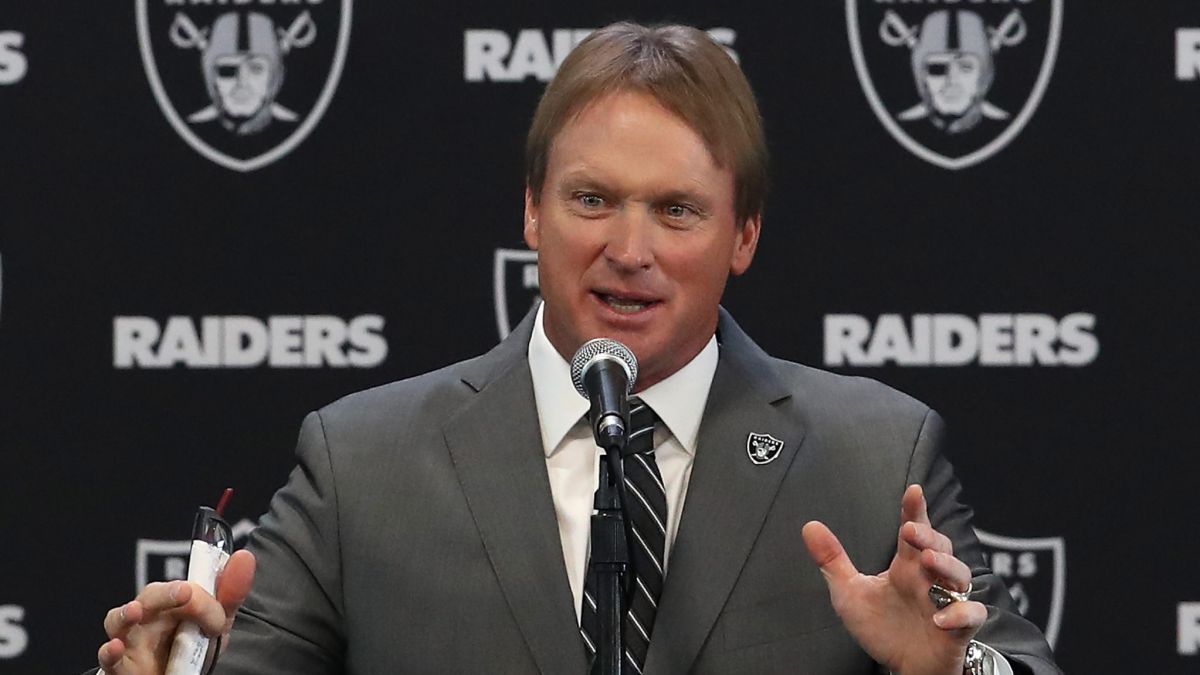 Jon gruden, former head coach of the Las Vegas Raiders, filed a lawsuit in Clark County District Court in Nevada against the NFL and Commissioner

Jon gruden, former head coach of the Las Vegas Raiders, filed a lawsuit in Clark County District Court in Nevada against the NFL and Commissioner Roger Goodell this Thursday.

Gruden alleges that both the league and the commissioner sought to ruin his professional career by making public private emails in which he used racist, homophobic and misogynistic terminology.

Journalist Tom Pelissero, from NFL Network, released a statement from Adam Hosmer-Henner, Gruden’s attorney, explaining that they will seek to obtain

“There is no explanation or justification for why only Gruden’s emails were made public when the NFL investigation collected 650,000 emails. or why the emails were held up for months and publicized during the Raiders season, “the attorney stated.

The Raiders have had a tumultuous season between the firing of Gruden over the leak and the players Henry Ruggs III, for a vehicle accident in which there was a victim, and Damon Arnette, who made death threats on social media.

Nonetheless, The Las Vegas team shares the top of the AFC West with the Los Angeles Chargers with a record of five wins and three losses. This week they will face the Kansas City Chiefs on Sunday Night Football.

NFL Betting Trends Week 5 – Season 2021
NFL stadiums in the 2021 season
Tom Brady and Dak Prescott, side by side in the MVP race
NFL 92