Jon Rahm, for the rematch in Valderrama 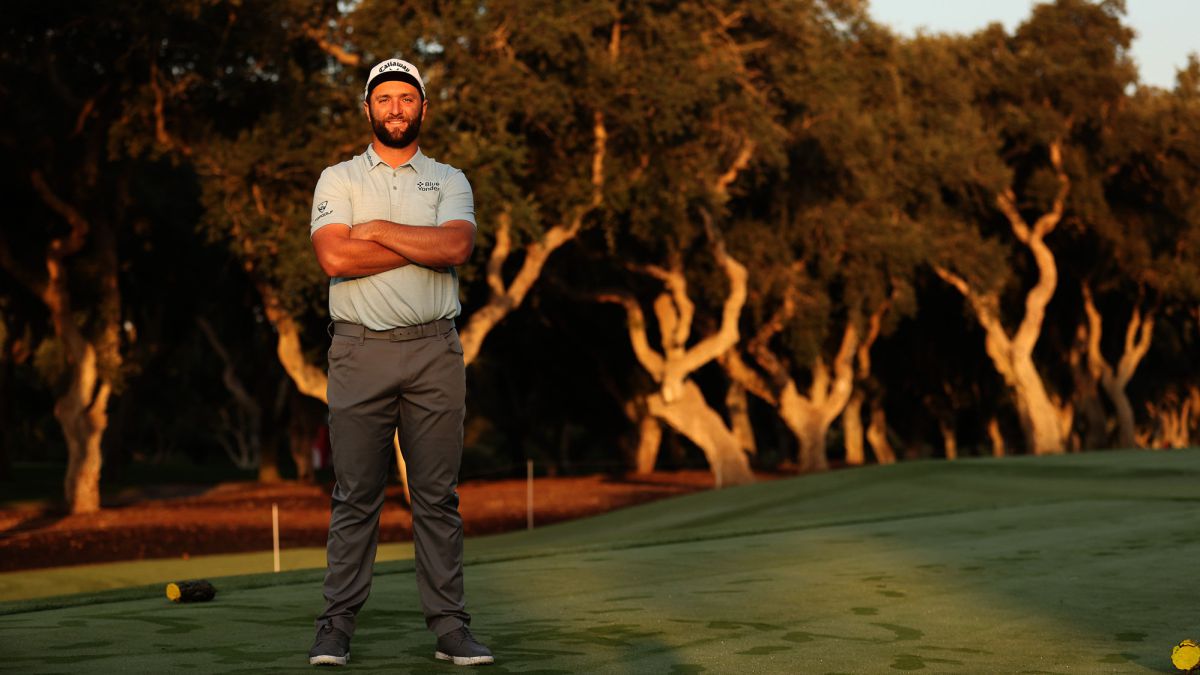 It was 1997. Year of the Ryder Cup. That edition, the first on European soil outside the British Isles and one of the most remembered, was played

It was 1997. Year of the Ryder Cup. That edition, the first on European soil outside the British Isles and one of the most remembered, was played in Valderrama. Jon Rahm’s parents, Edorta and Ángela, witnessed live as the Europe led by Seve Ballesteros overthrew the United States. Edorta got the golf bug and passed it on to his son. The rest is history.

This Thursday (09:40, from 14:00 at Movistar Golf), Rahmbo goes out in search of the first triumph of his career where it all began. He arrives hungry for revenge, for second place in 2019 and the frustrating 17th achieved last Sunday in Madrid, where he was defending the title. “Winning in this field would be very special. Not only because my relationship with golf started here, but because of the history it has of great tournaments and because of the players who have won here, like Sergio García,” he says. In addition to the Castellón, Justin Rose, Bernhard Langer, Nick Faldo or Colin Montgomerie appear on the honor roll of the Cadiz field, which does not tolerate mediocrity.

To beat him you have to be a pure elite player or have a heavenly week. “Valderrama accentuates any weakness in your game. Whoever triumphs there deserves it, with luck it is not worth it,” says Rahm. And he confesses that he will seek advice from García, one of the golfers who best knows the secrets of Robert Trent Jones’s design: “I have thought about writing to him. It is a field in which any trick or experience can help you. You have to learn to play it now. adapt your game to what it asks of you “.

The Biscayan will start in the first round with the Englishman Matt Fitzpatrick, partner in the recent Ryder of Whistling Straits, and Cabrera Bello, who last Sunday regained his smile with his triumph in Madrid after a tough season, in which you have lost the entire PGA card. “I never thought that my ability to win had disappeared. I have always worked to get more victories and last week will help me gain confidence,” says the canary, who considers Valderrama “the Augusta of Europe.” “It’s very intimidating. Winning here gives you a lot of respect among the players,” he adds.

De la Riva, Andamientos, Tarrío, Quirós, Elvira, Cañizares, Sebas García, Larrazábal, Campillo, Arnaus, Otaegui and Fernández-Castaño complete the Navy this year. There are also European classics like the Austrian Wiesberger, the German Kaymer or the Danish Bjorn. And the current champion, the American John Catlin, who defends the title after his surprising victory last year.

Then he did not play the now number one in the world and of course a man to beat this week, a Rahm who has big plans for Valderrama. These are trying to make the field take an important role in the new stage of closer collaboration that the North American and European circuits intend to establish. “I’m going to do everything for them to do a tournament together there, with points for the FedEx and the Race to Dubai. Distance is not everything there, you have to go play golf. It’s worth it. “A victory this week was sure to give the idea a lift.

Check here the departure times of the Spanish Open.

Golf | Olympic Games: There will be cakes for the Olympic gold at the Kasumigaseki Country Club
I’m already fighting to be in Paris 2024
María Fernanda readjusts the game in the continuation of the Olympic golf tournament
GOLF 118