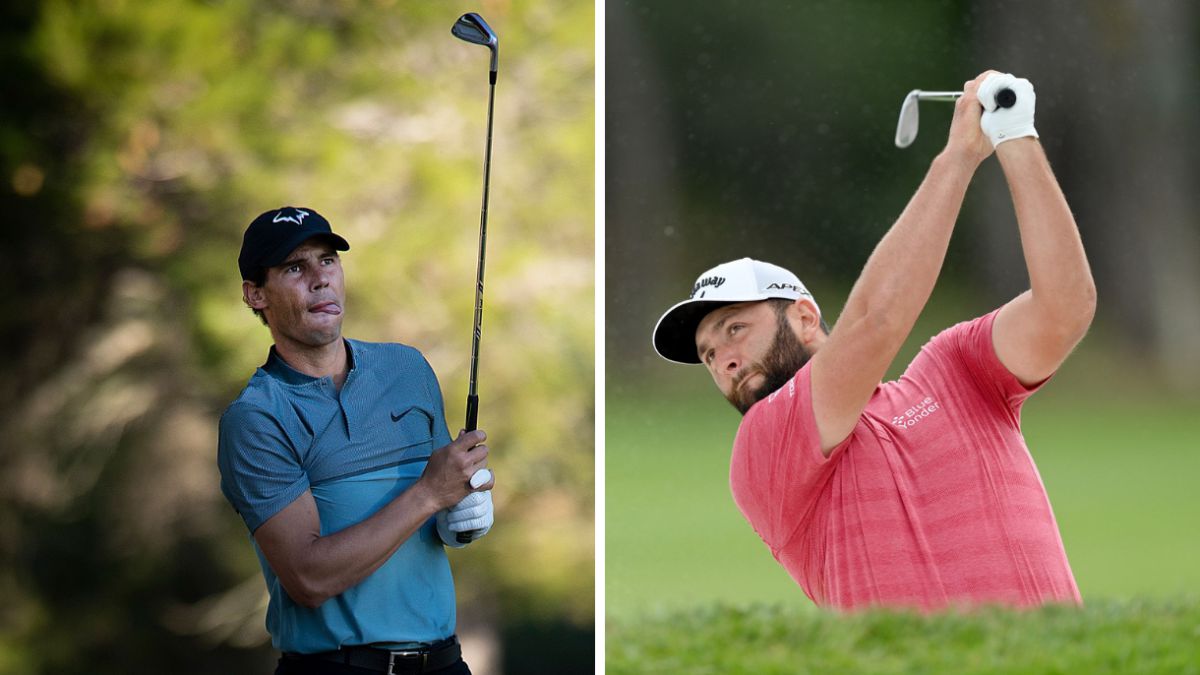 Jon Rahm wanted to reveal through a post published on his blog of the Basque Golf Federation and collected by the Ten Golf portal how was one of his most special games: the only one he played against Rafa Nadal, of whom he said that “Nadal would have surprised more than one” in the preview of the Spanish Open held this week in Madrid.

Rahm himself begins the story by highlighting that that meeting helped him to see Nadal’s competitiveness in the first person. “A few days ago I commented that I had once played golf with Rafa Nadal some time ago. Well, today I want to tell you with hair and signs how that game was. I think it is an interesting and fun story to find out who and what Rafa is like and understand some of the reasons that have led him to be one of the best athletes in history “

Rahm and Nadal played at Larry Ellison’s exclusive club in Palm Springs, an unforgettable experience for the Basque. “The opportunity to play with Rafa Nadal arises through Ricardo Relinque. I was at Uni, in Arizona State, and we went from San Diego to Palm Springs because Rafa was playing tennis there. We talked and he said: ‘I play tennis. golf, so if you want to come we can play a game … ‘Headfirst. So it happened. We went to a place called Porcupine Creek. It’s the garden of Larry Ellison, co-founder of Oracle. It is a very private club where tennis players stay because Ellison is in love with the sport. It is one of the most exclusive clubs in the United States. Well, by exclusive he means: you can only enter the club if he wants to. It is one of the most beautiful in care, maintenance, flowers … It’s amazing. “

The number one in the world also remembers how that game was when he was surprised. “Rafa and I and nobody else played, at least that’s what I remember. I don’t know if there was anyone else, but as if to remember, I was playing with Rafa Nadal, one of my great idols. To give you an idea, in At that time the only book that I had read in its entirety in my life was his biography, so imagine. I was excited saying ‘Buah, I’m going to play with Rafa, lots of questions, what I’m going to learn … But that was quite different. “

And it is that Nadal did not have concessions with Jon Rahm, whom he won by showing off his competitiveness on the green and just as he does on the tennis courts. “I found a Rafa Nadal in competition mode. In 18 holes he spoke the least to me. He wanted to win and period. And he beat me. I hit him eight shots and on the 13th tee he was four under par on the course and I was one less. . I remember very well. I was thinking inside ‘what a joke is this’. And watch out, playing from the same tee. It was my second year of university and he hits him very hard, he plays very well and, above all, he is a great competitor, which is important. I tried to talk to him, ask him about the book and he … nothing, with maximum determination, thinking only of winning. It was curious and interesting.

Rahm recognizes that he wants to meet Nadal again to learn even more from him, and, of course, with the intention of revenge after what happened in that episode. “I would honestly love to have the opportunity to spend a little more time with him, now that I am a high-level athlete, to learn more about him and enjoy the day more. I am very clear about what I have to do the next time we can play. I will go to win from the beginning. But really, you have to put yourself in a situation, I was super welcome, super impressed playing with Rafa. It’s Rafa Nadal! Let’s see if we can find a hole to play the rematch. I really feel like it although it is not easy. Of course, the first thing I wish him is that he is fully recovered and can go back to training normally and playing tennis. “

Historical Alejandro del Rey: 58 hits and 14 under par !!!
TENNIS Nadal reappears without crutches in a Golf tournament in Santander
‘Gourmet Golf Experience’ is back at the National Golf Center
GOLF 119