Jorge Hao, before the opportunity to prolong his history in Pula Golf 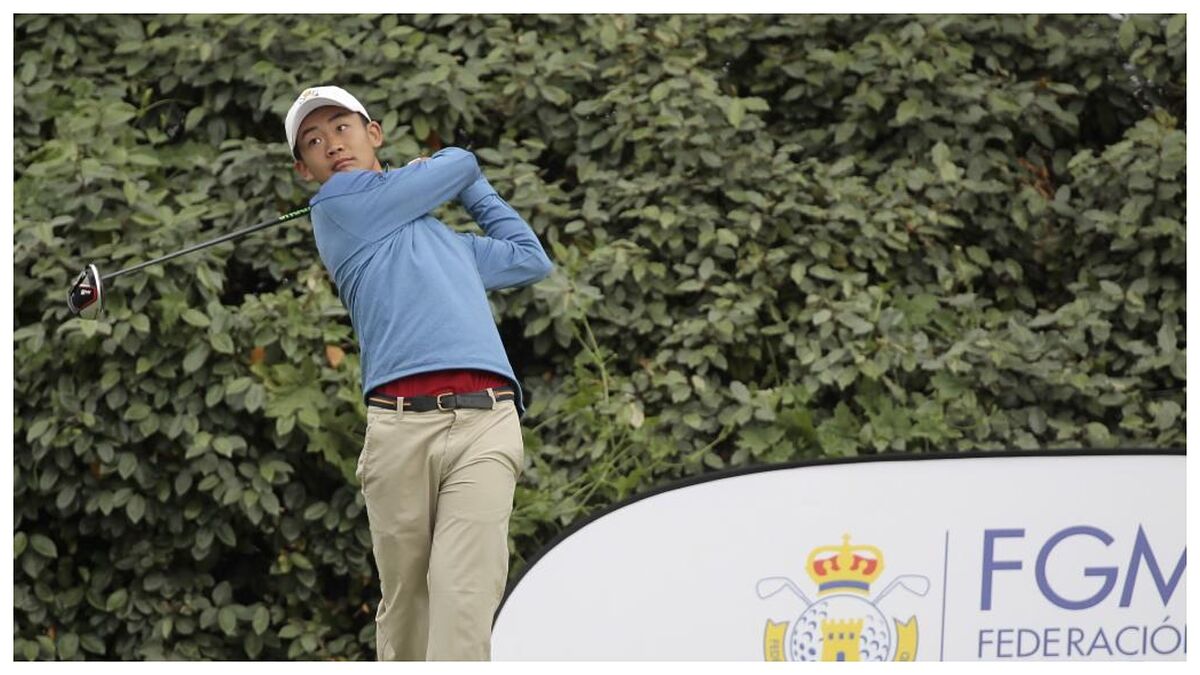 One of the most anticipated weeks of the year in national amateur golf is hereHe, because the Absolute Spanish Championships are held, both in the

One of the most anticipated weeks of the year in national amateur golf is hereHe, because the Absolute Spanish Championships are held, both in the male and female categories. And in both tournaments we can be facing a historical fact, and that is that Jorge Hao and Anna Caad can achieve in the same year what no one has conquered before, the triple crown: Spanish Championship under-16, under-18 and absolute, which is the only one missing this season.

Jorge Hao, possibly the player with the greatest projection in Spanish golf, at least at the level of what Jon Rahm was with his 15 years, he faces an “all against Hao” in Pula, which is also very marked by the great absences of the big names. Players like Eugenio Chacarra, David Puig or Josele Ballester, who this week end their season in the North American NCAA finals, will not be able to go to Pula Golf to put the youngster from Madrid in trouble.

Even so, the spectacular Majorcan tourscene in the past of seven editions of the European Tour, welcomes from this Thursday the future of Spanish golf, in the hands mainly of players from the capital such as Hao himself, Jaime Montojo, Alejandro Aguilera or the recent Spanish university champion, Luis Masaveu .

Along with them, the great Andalusian and Catalan quarry, well represented by players such as Gonzalo Leal or Quim Vidal, without forgetting the great Cantabrian pearl, Samuel Espinosa, who apart from being from the same field as the great Seve Ballesteros, Pedrea, arrives in Pula as the player with the best handicap of all those registered , -6.2.

And in Ulzama, Navarra, we are possibly against the best Individual Spanish Championship, IV Emma Villacieros Memorial, which is remembered, as it will be able to count on the presence of all the best players in Spain, having finished a few days ago the women’s season in the United States.

Despite Carolina Chacarra being injured at the last minute, The tournament will have the great attraction of knowing if Caad gets the triple crown, although it will not be easy for Cayetana Fernndez, current defender of the title, from Madrid, or the recent arrivals from the United States Blanca Fernndez, Carla Tejedo, Carla Bernat or Julia Lopez.

In the palm of these Spanish Championships The best names in national golf show off, starting with Sergio Garca, Jon Rahm, Jos Mara Olazbal or Jorge Campillo, and continuing with Azahara Muoz, Carlota Ciganda or Marta Figueras-Dotti, which makes it very clear the high level of golf that must be have to take this trophy.

Tags: Golf
Golf in the Region continues to gain followers despite the ‘obstacles’ of the pandemic
Paige Spiranac posed from the golf course and did it wonderfully
PGA Championship, with the best golf LIVE on STAR+
GOLF 1008

Loading...
Newer Post
How much money did you survive on before coming to the UFC?
Older Post
Boxing: Salvi Jimnez defending his Spanish super featherweight title on June 10