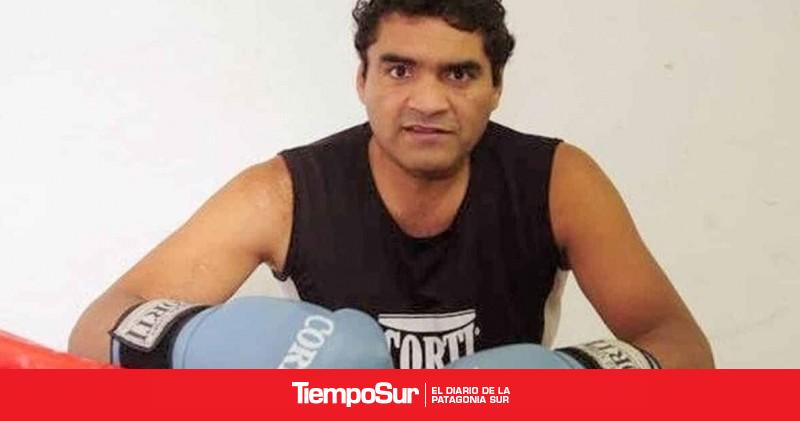 Jorge Fernando “Locomotora” Castro entered the story grank of Argentine boxing to be crowned world champion in the middleweight category. Controversial, authentic and controversial at the same time, he is an inescapable figure of national boxing.

Castro was born on August 18, 1967 in a humble home in Caleta Olivia. He had few fleas and he always clung to pineapples in the street, which earned him the other nickname by which he is known: “Roña”.

At age 14, when he weighed 55 kilos, he started boxing. Self-taught, he started going to the gym and saw that he had conditions. Until that moment he had never imagined that he would become one of the most recognized boxers in the national sport. Three years later, without reaching the age of majority and with a promising career, he arrived in Buenos Aires. And in 1985 he had his professional debut, which had a journey of 144 fights, of which he won 130 (90 by knock out), lost 11 and tied 3.

&#8220;Locomotive&#8221; (nickname he earned for always going forward) touched the sky with his hands in 1994, when he was crowned world champion of the World Boxing Association (WBA) by defeating Reggie Johnsonn in Buenos Aires. There were 4 belt defenses that he made. The most remembered, against John David Jackson in Monterrey, Mexico, in which he then won by knock out in the ninth round after eight unfavorable rounds.

In the fourth defense he lost the title by unanimous decision to the Japanese Shinji Takehara, on December 19, 1995. That same year he decided to stop being sponsored by a manager, because he considered that they lived at the cost of his suffering.

To say the Hand of God is to go back to the World Cup in Mexico 86 and the first goal that Maradona got him into England. However, eight years later, in the same country, &#8220;Roña&#8221; baptized with the same name the blow that began to pave the way for him in his second defense of the WBA World Middleweight Title. It was a tough fight against Jackson. From the first round the Caletense was outmatched. Every blow from his rival hit him, and hurt him.

Legend has it that, once the eighth round was over, the referee wanted to declare the technical knock out and, from the corner of Castro, they called for &#8220;one more assault.&#8221; Locomotive had cuts on both eyebrows and the blood was going straight into his eyes, so his visibility was almost nil. In addition, he had internal wounds in his mouth, it seemed that only the knockout was missing.

When the bell rang, Castro knew that round was all or nothing. Averaging the round, the boxer remembers: &#8220;I took out my right to knock him out and I missed him and that&#8217;s why I came back with my left cross and put it right at the tip of the pear.&#8221; There Jackson fell for the first time. He had more than a minute left for the bell to ring again and there he felt the opportunity: with a new blow &#8211; although he says it was more of a push &#8211; he brought Jackson back to the canvas and then came the third fall of his rival to end the fight that, to this day, is remembered for the epic with which he won the victory

Was always the same

For better or worse, Jorge Fernando Castro placeholder image it was always the same. Being World Champion or in the twilight of his career.

In 2000, the Konex Foundation awarded him the award of merit, considering him one of the 5 most outstanding Argentine boxers of the decade.

In 2005 he had a serious car accident that affected his lung capacity and he also suffered a broken rib. 2 years later he had his last professional fight (weighing 94 kilos, 39 more than when he started his boxing career) against José Luis Hernández, whom he beat in the second round by technical knock out. That same year he entered the house of Big Brother Famosos and was the eighth participant to leave the reality show.

After hanging up his gloves, he chose not to be a coach or manager. The manager was understandable after his decision at 28 years of deciding to box without anyone representing him and not wanting to &#8220;win money at the expense of others.&#8221; As for not being a coach, he confessed in different interviews that he has neither the dough nor the patience.

In recent years, with a low profile, he dedicated himself to lending a hand in dining rooms and picnic areas because he knows what it is to be poor and go hungry.

Tags: Sport, Ephemeris, boxing
Valdez could fight the winner of Herring vs. Stevenson
Boxing: Sergio Garca awaits the date of his world elimination
Boxing: ‘GGG’ returns to the ring: Golovkin – Murata, on December 28 in Japan
BOXING 510

Loading...
Newer Post
Why Errol Spence Jr. won’t fight Manny Pacquiao
Older Post
Dardo from Puig to Pol: “Does not reach the potential of the motorcycle”