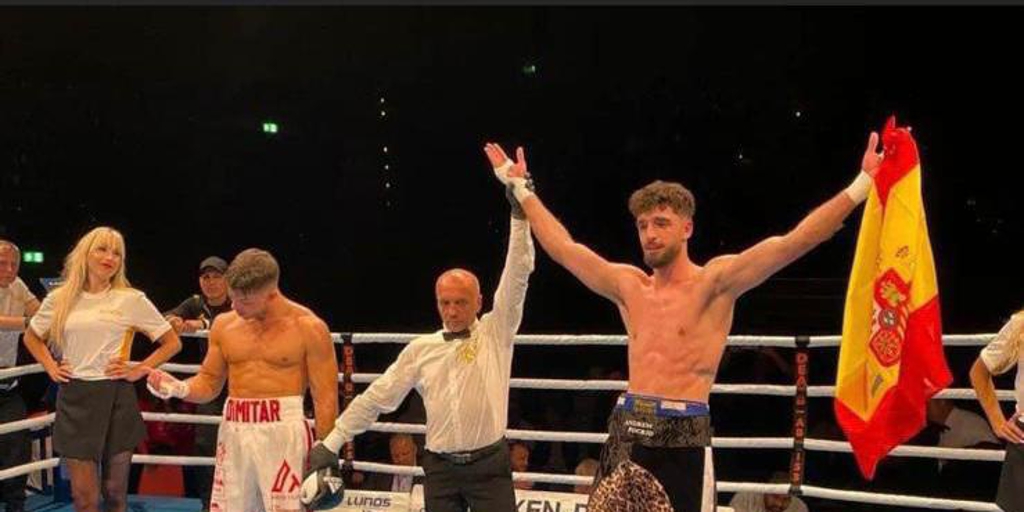 The Cordovan boxer Jose Luis Navarro Jr 'The Hunter Jr' He won this Saturday in his fight against the German champion Dimitar Tilev. He did it in

The Cordovan boxer Jose Luis Navarro Jr ‘The Hunter Jr’ He won this Saturday in his fight against the German champion Dimitar Tilev. He did it in the second round by TKO.

There are already six fights he has had as a professional and six victories by KO. He is, without a doubt, the future of Spanish boxing and a benchmark as a Cordovan. He was his first international fighta major challenge for his career that he has been able to solve with great maturity.

In Germany, a country dedicated to this sport, the boxer he honored his fatherJosé Luis Navarro ‘El Cazador’, also from Córdoba (European welterweight champion for more than two decades).

The German city of Wuppertalin the state of North Rhine-Westphalia, has witnessed a fight with two boxers who came to the ring with an immaculate record.

It was not just any fight because he had Dimitar Tilev, who is the current German champion, in front of him. Navarro is used to leaving his opponents knocked out in the first round. Here he has had to arrive until the second assault to knock down the German.

The fight was scheduled for eight rounds but luckily, it didn’t have to be that way. This is one more big step in the Cordovan’s career, consolidating himself as a real promise of Spanish boxing.

The Hunter Jr already accumulates six professional fights with a record of six wins and zero losses. After the previous ones in Spanish territory, this is his first as an international, for which he has prepared well in advance and putting dedication that has been reflected. Finally, he hunted his sixth piece and knock on the door of the belts.

Tags: Navarrese, resign, Lewis
The 5 best football clubs of the last decade
Soccer and coronavirus: the Bundesliga prepares to play without an audience | The advance of the fourth wave in Germany
Hugo Salcedo | The goodbye of a ‘great’ | International Soccer
BOXING 4150