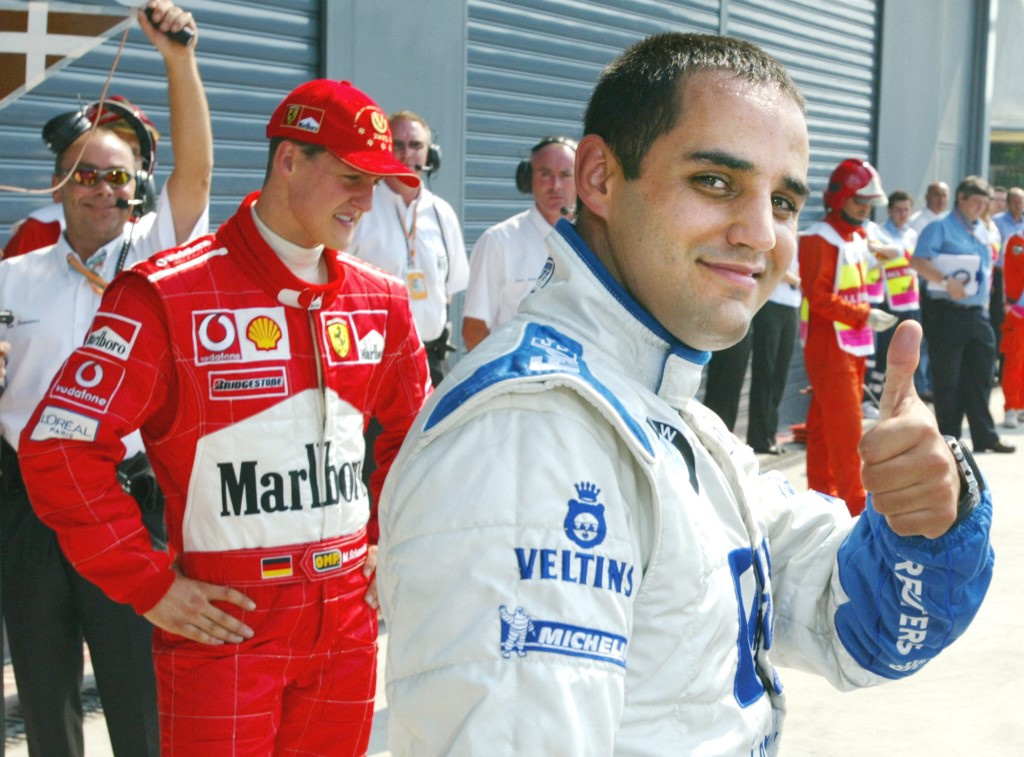 See also: "My favorite driver is Montoya": new Mercedes driver surprises Formula 1 Amid the dismay over what happened the 11 of September, Formula

Amid the dismay over what happened the 11 of September, Formula 1 decided to carry out the race, despite doubts about whether it was appropriate to organize it.

Williams, beforehand, he was the favorite to take the victory in Italy.

The characteristics of the BMW engine were adapted to the conditions of the Monza circuit, which gave free rein to high speeds with its long straights.

You may be interested in: Juan Pablo Montoya: this is how his son Sebastian arrives at Formula 1

It was the opportunity for Juan Pablo Montoya will add a win.

The bogotano, in fact, departed in the first placement, followed by Brazilian Ruben Barrichello, followed by Michael Schumacher.

Montoya kept besieged in the race, like Barrichello, while Schumacher gave up third place at the expense of his brother Ralph, who made the best lap of the race (1: 25: 073).

It is worth remembering that, after what happened with the Twin Towers, all cars had the front wing painted black as a sign of mourning.

Finally, Juan Pablo Montoya achieved the victory with a time of 1: 16: 58: 493, five seconds from Barrichello.

The celebration of the Colombian pilot was effusive, a fact that generated the anger of Michael Schumacher in the pit area.

The German criticized the South American pilot, taking into account the proximity to the September 11 attacks.