Juan Toscano meets the Lakers in the return of the NBA 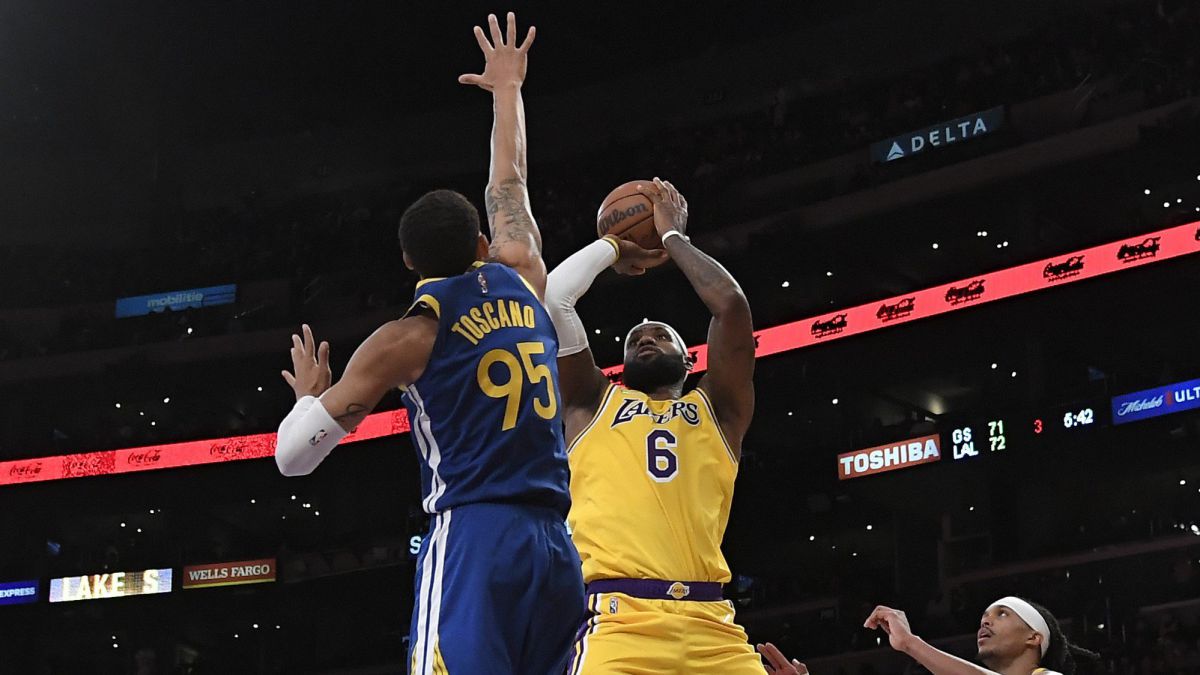 Returned the NBA. And with her, Juan Toscano-Anderson, the only Mexican player who will play the 2021 season (the 75th anniversary) of the highes

Returned the NBA. And with her, Juan Toscano-Anderson, the only Mexican player who will play the 2021 season (the 75th anniversary) of the highest basketball league on the planet. With a defined contract for the rest of the year with the Golden State Warriors, the former player of Royal Force and Suns of Mexicali on the SiSNova LNBP League had minutes of action on the opening day of # NBA75; In the second inning of the doubleheader, the Warriors defeated on the road in Staples Center 121-114 to Los Angeles Lakers, with 6 points, 3 rebounds and 1 assist in the statistical line of the national team.

Tuscan was fourth in the rotation of Steve Kerr, a role that it seems he will play throughout the season. With 12:23 minutes on the floor, the Mexican contributed his usual defensive discipline and neatness in offensive transitions. In the first part of the game, his task was to mark Anthony Davies and, later, his work moved to support the breakthroughs of Stephen Curry. Toscano added to his records a loss, a personal foul and a + – rating of 7. He made two shots of three attempts, including a triple, and did not clash in his defensive assignments.

The Warriors won thanks to a triple-double of Curry (21 + 10 + 10), who had an unusual drop in his shooting percentages of three (2/8). Also important was the contribution of Jordan Poole (20 + 2 + 3) and the points from the bench that they carried Damion Lee (15), Nemanja Bjelica (15 + 11) and Andre Igoudala (12). In the Lakers, the galactic performances of the tandem Davis-LeBron (67 points between them), they were not enough; Russell Westbrook, the stellar new addition to Frank Vogel’s roster, delivered unworthy numbers for his credentials (8 + 5 + 4).

In their next appearance, the Warriors and Toscano they will receive Clippers on Chase Center next Thursday, October 21, while the Lakers will repeat their hometown against their executioners from last season: the Phoenix Suns.

Loading...
Newer Post
Young man accuses that his boyfriend played soccer with his cell phone in his hand
Older Post
Former F1 driver claims “Max Verstappen from 2 years ago would have punched” Lewis Hamilton at Monza